NFL News and Rumors
In 2014, just like the recent years, the NFC North was dominated by the Green Bay Packers, and from the early look of things in the division, 2015 will be no different for The Green and Gold, unless something cosmically wrong happens to the team or its stars. However, the No. 2 position will be up for grabs, as the Minnesota Vikings, Detroit Lions, and Chicago Bears figure to be in strong contention for a wild-card playoff spot. Will the Packers maintain their standing as the cream of the division? Are the Vikings and Bears legitimate contenders for a No. 2 spot, or even better finish, in the division? Will the Lions disapprove the projections about a drop-down season? So many unanswered questions, in deed, and we have all the relevant answers for you in the NFC North 2015 total win predictions and NFL Odds given below.

2015 Win Predictions: 7-9Odds to win Super Bowl 50: +3000If Jay Cutler can improve his game, there would be a lot to hope for in this Chicago team in 2015. Sadly, Cutler (who recently signed a seven-year, $126.7 million deal with $54 million in guarantees with the Bears) can be very good at one moment, and then very bad on other, making him sickeningly unreliable. So, although the Bears have a good number of developing crucial pieces on both ends of the field (including tight end Martellus Bennett, wide receiver Alshon Jeffery, wide receiver Kevin White, outside linebacker Pernell McPhee, defensive tackle Jeremiah Ratliff and right guard Kyle Long), and a visionary coach in John Fox, the team is still in a rebuilding mode hence their overall success in 2015 is likely to be limited.

2015 Win Prediction: 9-7Odds to win Super Bowl 50: +2000With just one losing season to his name, Coach Jim Caldwell has proven to be a great leader in Detroit, which should count for something as the team seeks to make a solid run after going 11-5 in 2014. Speaking for myself, I think the impact of losing Ndamukong Suh has been exaggerated. Even so, his absence will probably cost the Lions a win or two. Offensively, QB Matthew Stafford has been too inconsistent lately, so it’s hard to know what to expect of him as the chief signal-caller in Detroit’s offense. Notwithstanding, if the 2015 Pro Bowl Offensive MVP that threw for 5,038 yards in 2011 shows up, then the Lions should be good for at least 10. However, if we still get to witness the erratic Stafford from last year (as is most likely to happen), then the Lions will struggle mightily, as the Vikings and Bears are strongly on the come-up.

2015 Win Prediction: 12-4Odds to win Super Bowl 50: +550The Packers ruled the division in 2014, thanks to a solid offensive unit. With the league’s-best receiving duo of Randall Cobb and Jordy Nelson returning to Green Bay to continue their explosive partnership with 2015 NFL MVP Aaron Rodgers, it would thus be ill-judged not to expect another solid offensive showing from this team. Defensively, Green Bay could still use some improvements, though there shouldn’t be much to worry about that, going by their good showing in the playoffs that took them all the way to the NFC Championship game. 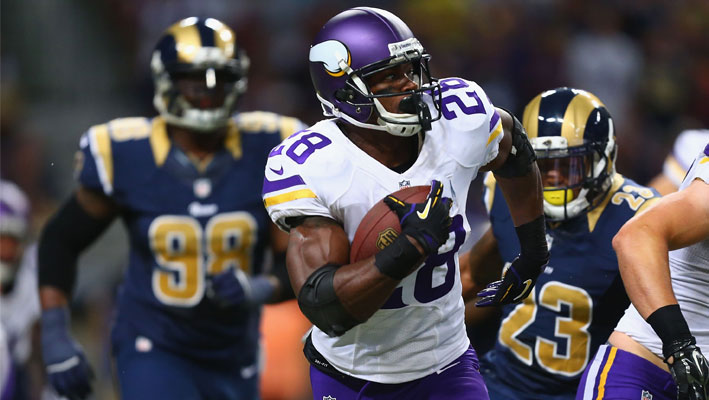 2015 Win Prediction: 9-7Odds to win Super Bowl 50: +3000With an improved defense in 2014 and a strong NFL debut by Minnesota’s rookie QB Teddy Bridgewater (64.4 percent pass completion, 2, 919 passing yards and 14 TDs against 12 picks), the Vikings entered the offseason having enough dusty talent on their roster to make them a great sleeper team in 2015. Then, as a way of prepping for the new season, the Vikings made a host of important additions, making them one of the best-ranked rosters ahead of the new season. And as an icing on the cake, the Vikings now have running back extraordinaire Adrian Peterson back in the team. If you add all that up, and strongly project Bridgewater for a better sophomore year (after he had the best Total QBR, best win percentage, best completion percentage and highest yards per attempt of the three rookie quarterbacks in 2014), you get a solid team ready to compete and surprise bettors in the upcoming season’s NFL betting lines.
Older post
Newer post