NFL News and Rumors
With the 2015 NFL betting season quickly approaching, this fun-filled ‘hot seat heat check’ will highlight just which coaches are on the proverbial hot seat and which ones are as ‘safe’ as all-time Major League Baseball steals leader Ricky Henderson ever was.With training camps across the nation no getting underway in earnest, let’s get busy! The ‘hotter’ the seat, the higher the number each coach has on a scale ranging from 0-10.

Sean Payton has posted a fantastic 80-48 record (.625) since taking over as the head coach of the Saints in 2006 while leading New Orleans to five playoff berths, three NFC South Championships, one conference crown and one Super Bowl title. Payton also has one AP Coach of the Year trophy in his mantle case, but I have to admit that, a little of Payton’s luster has faded away with the Saints missing the postseason in 2014 – after getting banned for the entire 2012 season for his role in Bountygate. Believe it or not, Payton’s seat is warmer than it’s ever been and while I don’t believe he’s in danger right now, those ‘molly and alcohol’ rumors that Junior Galette ‘didn’t release on Twitter, don’t look very good from where I’m sitting.Hot Seat Heat Check – 3

Quinn will take over as the head coach of the Falcons in 2015 after two seasons as the defensive coordinator for the Seattle Seahawks the last two seasons. Quinn’s seat is ice cold – for now!Hot Seat Heat Check – 0

Lovie Smith went 2-14 in his inaugural campaign with Tampa Bay last season, but things could turn around quickly for Smith and the Bucs in 2015 thanks to the drafting of No. 1 overall pick, quarterback, Jameis Winston.Smith went 81-63 (.563) with the Chicago Bears from 2004-2012 and took them to the postseason three times, including one Super Bowl appearance. In nine seasons with Chicago, Smith led the Bears to the postseason three times while winning three NFC North division titles. Call me crazy, but I believe the 2005 Coach of the Year is one of the most underrated leaders in the NFL today. Still, if Tampa Bay doesn’t show some marked improvement from last season, Smith’s seat could get hotter than a habanero pepper in no time at all.Hot Seat Heat Check – 1 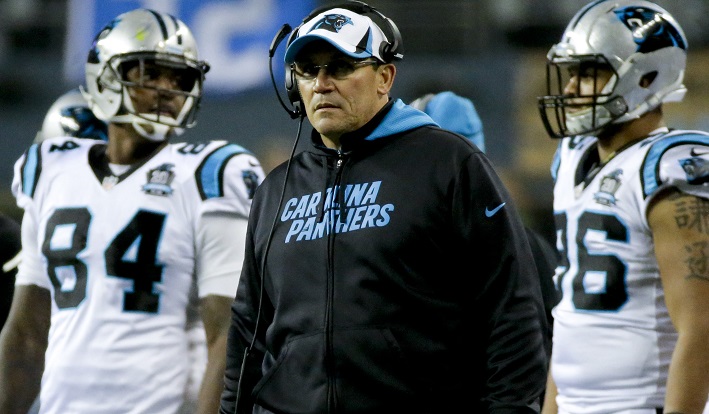 Rivera is just 32-31 in four seasons as the head coach of the Carolina Panthers, though he has led the team to a pair of postseason berths in one of the most competitive divisions in the league. Still, Rivera has lost two of the three postseason games he’s coached Carolina in and I believe his seat is a whole lot hotter than most people think at this point. Right now, I’m thinking Rivera could be in trouble if Cam Newton and company get out of the gate slowly.Hot Seat Heat Check – 6Sources:Twitter.com (https://twitter.com/seanpayton)Wikipedia.org (https://en.wikipedia.org/wiki/Lovie_Smith)
Older post
Newer post