NFL News and Rumors
The 2014 NFL betting season was full of surprises, but perhaps one of the easiest divisions to predict last year was the NFC West. The Seattle Seahawks started the season shakily, but made a late surge that saw them win the NFC West title with a 12-4 record. The Arizona Cardinals, mostly relying on its backup QBs after losing their starting quarterback early in the season, had a good season of 11-5 and nearly won the divisional title, but were overtaken by the Seahawks late in the season.The San Francisco 49ers blamed Jim Harbaugh for their 8-8 season and fired him, but we all know that their front office squabbles were largely to blame for their average season. As for the St. Louis Rams, too many inconsistencies and a lack of balance on both ends of the field saw them struggle to make their mark.With a new year and a chance for new beginnings for all the teams in this division, how will the action unfold in the NFC West? Join us, as we shed light on what can be expected of this division in 2015.

2015 Win Prediction: 9-7Odds to Win Super Bowl 50: +2500The Cards have a fair strength of schedule in 2015 and another winning season looks very possible for games. Also, the highly-paid QB Carson Palmer is back in the team throwing well after suffering a season-ending injury in 2014, which could mean better options in Arizona’s offense. However, coach Bruce Arians and the Redbirds will need to have a stronger finish in 2015 than they had last year, as they’ll be facing a host of tough games down the stretch, including Philadelphia, Green Bay and Seattle in the final three games.

2015 Win Prediction: 7-9Odds to Win Super Bowl 50: +2000The Bay Area may have a new talented coach in Jim Tomsula, but with a third-hardest strength of schedule in 2015, it doesn’t look like he will be getting a friendly welcome in his first season with the 49ers, as he hopes to hit the high benchmarks set by his predecessor, Jim Harbaugh. Making matters worse, All-Pro linebacker Patrick Willis and All-Pro defensive tackle Justin Smith surprisingly decided to retire in the offseason, while a massive group of talent in cornerback Chris Culliver, running back Frank Gore, guard Mike Iupati and wide receiver Michael Crabtree also got eroded away, leaving a very big hole that needs to be filled in San Francisco. So, whereas some pundits feel that the large exodus could prove to be blessing in disguise for the 49ers that needed fresh talent, I don’t buy into that crap, at least not now when their offseason trades rank poorly in the league and there is very little time for the team to gel. Therefore, at best, a 7-9 season would be forthcoming for the 49ers, who I believe could even fall as low as 6-10 or even 5-11 in 2015. 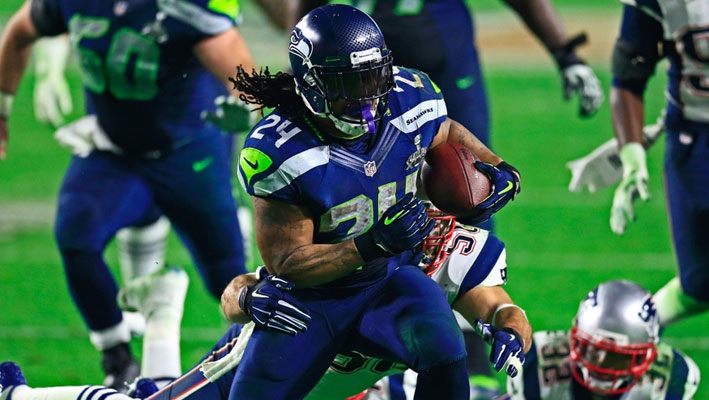 2015 Win Prediction: 10-5Odds to Win Super Bowl 50: +400Criticize me all you want, but QB Russell Wilson and the Seattle Seahawks are an overly overrated bunch. 2014 was a very kind and lucky season for them, as the Cardinals (playing without Palmer and Co.) led the division for most of last season and were merely outdone by Seattle at the very end of the season. Come the playoffs, the Seahawks were barely tested, playing a weak Carolina team in the divisional round, before eking out a lucky win over the one-legged Aaron Rodgers and the Packers in the NFC Championship Game. Therefore, whereas I have nothing but good things to say about their offseason signings, and their resolute defense will probably continue to impress in the new season, I am strongly convinced that Seahawks will be found wanting in 2015, especially in the offense. Added to the fact that the Seahawks will have 9 games come against 2014 playoff teams and 5 road games against teams that won at least 10 games in 2014, there will certainly be a drop from their 12-4 record from last year, even if the NFC title will still theirs to lose.

2015 Win Prediction: 8-8Odds to Win Super Bowl 50: +2800Earlier in the offseason before the trades began, I’d pegged the Rams for a 7-9 record, but after a busy offseason, which has brought in new value additions like former Eagles quarterback Nick Foles, first-round pick RB Todd Gurley, there is simply so much potential in the team for them not to miss out on challenging the .500 mark. Not to mention, the Rams already have RBs Tre Mason and Isaiah Pead in their backfield, while WRs Tavon Austin, Kenny Britt and Jared Cook provide decent passing options to Foles. If the Rams can find some consistency on the offensive side of the field, and then tighten up their mean defense from last year, 2015 should be a good year for St. Louis fans.
Older post
Newer post