NFL News and Rumors
Coming off back-to-back seasons with consecutive losses, time is clearly running out for New York Giants longtime head coach Tom Coughlin and two-time Super Bowl-winning quarterback Eli Manning.Now, with the G-Men looking to not only get back to being respectable, but hoping for a postseason berth as well, the big question in the Big Apple is this. Can Manning and company return to being an elite title-contender or will 2015 signal the end of an era for Giants fans both young and old?Thanks to this expert NFL lines betting breakdown, you’re going to get the inside scoop on just how far Coughlin’s Giants will go in their efforts to cash in on their NFL Super Bowl 50 Odds.

The Giants (6-10 SU, 7-9 ATS, 10-6 O/U) finished seventh in passing (267.0 ypg), while Eli Manning finished sixth in passing yards (4,410). New York also ranked a respectable 13th in scoring by putting up 23.8 points per game.The best thing that happened to the Giants last season was that they found out they have the game’s best young wide receiver in sure-handed wideout Odell Beckham Jr. The aptly-nicknamed ‘ODB’ had a rookie season for the ages in catching 91 passes for 1,305 yards and a dozen touchdowns (including one of the greatest ever). Unfortunately, that’s about where all the good news ended for the G-Men in 2014.

When you take the ‘good’ of Eli Manning, you also have to take the ‘bad’. Manning threw 14 interceptions last season, marking the 10th straight year he has accomplished that unwanted feat. Over his last two seasons, Manning has thrown 48 touchdown passes and a whopping 41 interceptions. The Giants also finished just 23rd in rushing with second-year back Andre Williams leading the team with a modest 721 yards and dismal 3.3 yards-per-carry average. 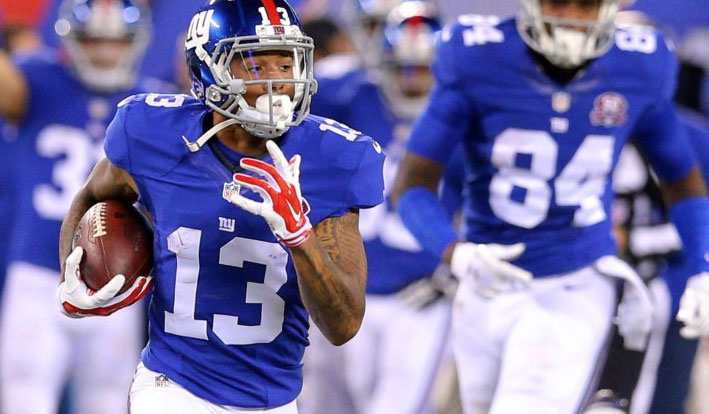 The Giants’ defense was mostly downright ugly last season, finishing 29th overall, (375.8 ypg) while allowing a whopping 135.1 rushing yards per game to rank 30th. Let’s take a look at New York’s statistics from this past season.

The Giants need offensive line help pretty bad if you ask me. While right tackle Justin Pugh and left guard Weston Richburgh are entrenched as productive starters, New York could really stand upgrades at every other position, which is why I suspect they’ll take an offensive lineman with their first round draft pick.

Unless you’re absolutely fine with Andre Williams’ underwhelming season, then you’ve got to know that the Giants need to upgrade their running back position immediately. Veteran Peyton Hillis is not, repeat, not, an elite running back despite making it to the cover of John Madden a couple of years ago.

I like middle linebacker Jameel McClain and second-year outside linebacker Devon Kennard, but I’m not real big on veteran Spencer Paysinger. The Giants need some depth and at least one new starter here in my estimation.

The G-Men slapped the franchise tag on superstar Jason Pierre-Paul, but thy need to get JPP some help up front, particularly on the left side where Jonathan Hankins and Kerry Wynn just don’t cut it for me.

New York Giants +4500The Giants are right in the middle of the pack with their 2015 Super Bowl Futures Odds, tied with the Texans, Chargers and Dolphins. Like their brethren in this group, it would appear the Giants have an outside shot of reaching the postseason. Unlike the three teams they’re favored alongside of, at least the Giants have a history of overachieving and coming up big no matter what their seed is in the playoffs.

The Giants have to answer some of their own free agent questions, like what to do with veterans Antrel Rolle, Quentin Demps and Walter Thurmond.If the Giants do a solid job of keeping the players they want and addressing their needs via the draft and in free agency, then they could challenge for eight or nine wins and a shot at a Wild Card berth.If the Giants fail to solidify their pocket and protect Eli Manning in 2015, they’re going to be in trouble for the third straight season. New York also needs to find a suitable rushing attack and improve their front seven defensively or they’ll likely finish with another losing record. 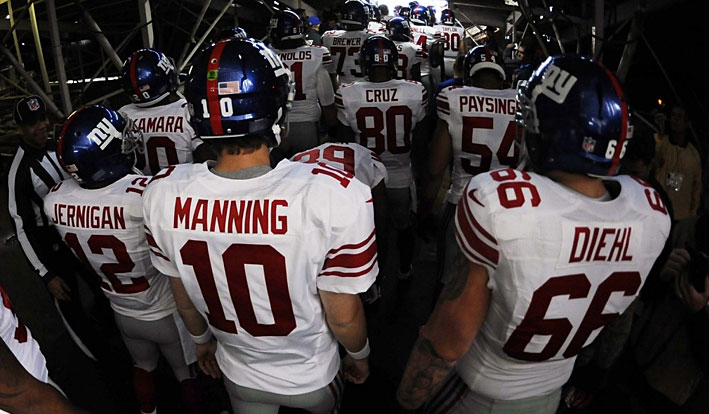 With just the 20th toughest schedule in the league in 2015 (122-133-1, .478), I think the Giants will find a way to finish with at least eight wins and possibly nine. I’m expecting Dallas to take a slight step backwards in the NFC East this season and with their recent trade of LeSean McCoy, so could Philadelphia.I like the way New York closed out the 2014 regular season by recording three wins in their final four games and I believe that they’ll find a way to get off to a better start than they did in going 3-9 through a dozen games last season.I’m penciling in the G-Men for eight wins and 10 ATS victories as they cash in early in the season against odds that are a bit in their favor.