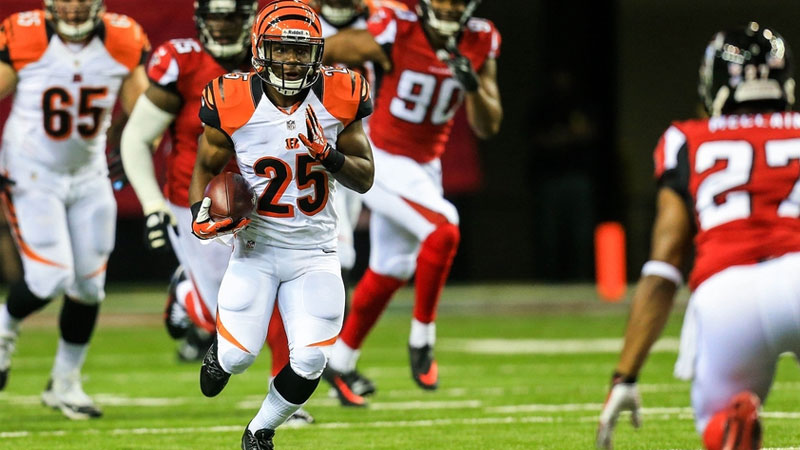 NFL News and Rumors
Following the 2015 NFL draft, the power rankings in the league remains pretty much the same for most teams (especially at the top and bottom of the standings), while for a few others (particularly in the middle of the rankings) have witnessed some bumps and drops. With the reality of the acquisitions sinking in progressively for the drafted players and their teams, and the offseason train starting to slow down as the focus shifts to preparing for the new season, here is our updated NFL odds and power rankings for all teams in the league:

After investing heavily to strengthen their occasionally shaky defense, Tom Brady and the Patriots remain the team to beat in the league.Odds to win Super Bowl 50: +450

The addition of TE Jimmy Graham should greatly help in boosting Seattle’s special teams. The ‘Hawks will be tough to beat, though they are still likely to struggle a little because of their not-so-solid offensive line.Odds to win Super Bowl 50: +400

Didn’t impress much with their questionable draft choices, but if Aaron Rodgers can get sufficient protection and stay healthy, the Seahawks will need to watch their backs.Odds to win Super Bowl 50: +550 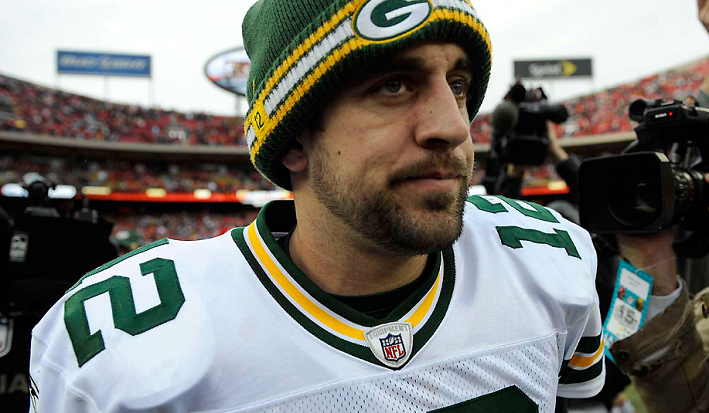 With incredible draft picks, 4 top corners not be injured anymore, and the potential of having Dennis Pitta back as icing on top, and Joe Flacco still being Joe Flacco, the Ravens are likely to be among the most improved team in the league.Odds to win Super Bowl 50: +1800

The Cowboys have been big-timers for a long time, so there’s no reason for them to fall so badly, even if DeMarco Murray’s absence will hurt them like hell. Let’s just hope Randy Gregory will light up the Cowboys with his red-hot potential. Word out is that he is a hell-of-a smoking talent!Odds to win Super Bowl 50: +1300

Gary Kubiak is a renowned defensive specialist, which is likely to work to Denver’s favor, particularly bearing in mind their addition of Shane Ray into their ranks. Oh, and future Hall-of-Famer Peyton Manning is still around and, if he can play better than he did last year, the Broncos should be good for the AFC West title and all.Odds to win Super Bowl 50: +1000 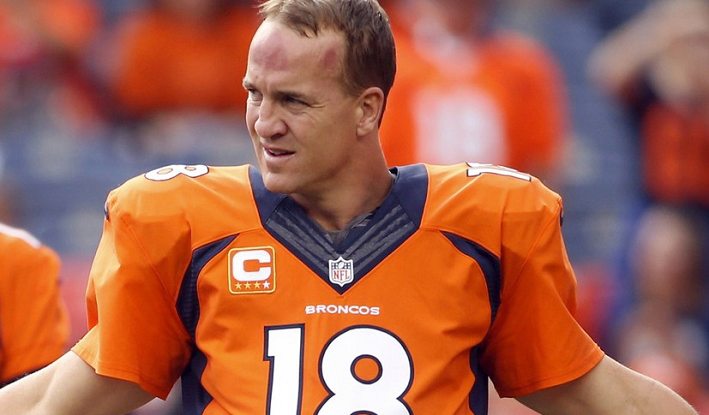 Pittsburgh’s draft acquisition of pass rusher Bud Dupree was a big steal, which should reap bountiful benefits for the team, especially if he can be introduced to the team early. Added to the unquestionable talent and strong passing skills of Ben Roethlisberger, the Steelers are guaranteed to be one of the most exciting teams in 2015.Odds to win Super Bowl 50: +2000

If you are asking why the Eagles aren’t higher on this list, don’t worry, I’ve been asking myself the same question and I can’t seem to find an answer. Oh, wait, I’ve just found it now… there is no Marcus Mariota or a ‘reliable QB’ in Chip Kelly’s 2015 team. Undoubtedly, QB Sam Bradford is a fine feel-good acquisition, but that’s just about all I can say about him. Fortunately, Nelson Agholor and Co. could provide some impetus to help the Eagles fly better than they did last season.Odds to win Super Bowl 50: +1800 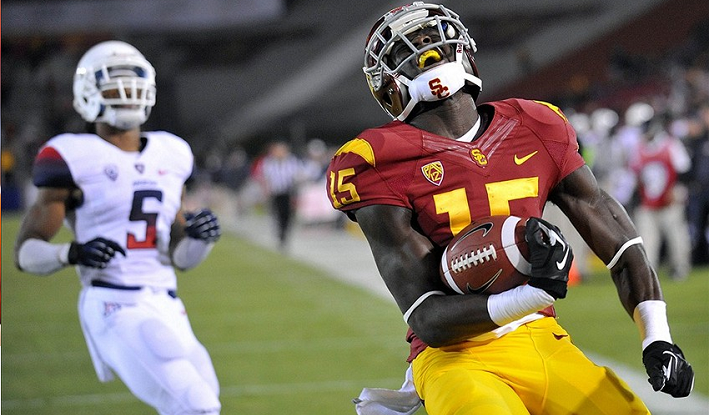 Dwayne Bowe‘s exit was a bit of a concern and it looked like the Chiefs would be shorthanded, but with Jeremy Maclin added to the team, Kansas City should do just fine. After all, cornerback Marcus Peters and Steven Nelson will be addressing Kansas City’s thin secondary, while Da’Ron Brown and Chris Conley solid-numbered receivers, thus should offer sufficient support to the Chiefs, who are coming off a decent 2014 season that needed just a few pieces to push for the playoffs.Odds to win Super Bowl 50: +2000

As long as Philip Rivers is still in San Diego, the Chargers will always be here in the good-enough category where they can excite their fans with spurts of brilliance, but not rack up sufficient wins. Things could however be on the upswing in 2015 now that they have a new weapon in Melvin Gordon and his explosive running-with-the-ball abilities.Odds to win Super Bowl 50: +2800

Ndamukong Suh? Check! DeVante Parker? Check! Jay Ajayi? Check! Do you Dolphins now have the fins needed two swim with the big fishes? Let’s wait for Head Coach Joe Philbin to consult with owner Stephen Ross (as he is obligated to do in his new contract) and we’ll get back to you with the answer…!Odds to win Super Bowl 50: +3000

Though Buffalo’s lacks a franchise quarterback in their team, Percy Harvin, LeSean McCoy and Charles Clay have what it takes to shoulder the offensive playmaking responsibilities in the team, so the Bills could hack it once again and compete strongly in their division, maybe even going to the extent of dethroning the Dolphins from the No. 2 position in the AFC East division.Odds to win Super Bowl 50: +2800

Let is be known that, although we have the Vikings in this spot, we are fully aware that they are well-capable of ranking comfortably in the top-10, especially if Teddy Bridgewater can continue with his strong play in the second half of last season. Furthermore, the Vikings drafted their players wisely (including Trae Waynes and Eric Kendricks), hence could make great strides in 2015. The only concern here is that the Vikings are excessively loaded with young players, which could hinder them from going far against balanced teams.Odds to win Super Bowl 50: +3000 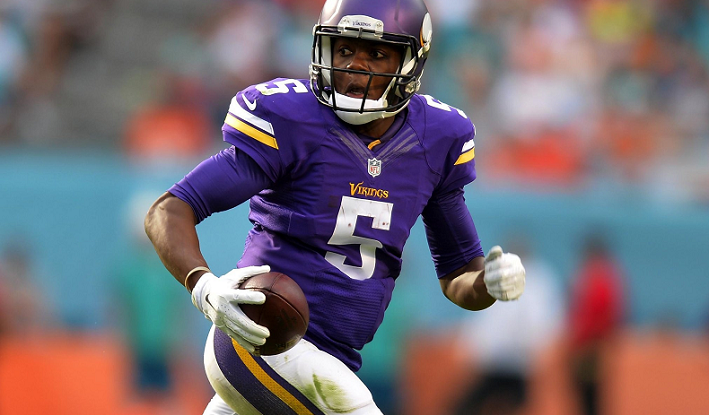 From the manner in which they made their picks, I doubt if the Bengals were serious about pushing for the 2015 NFL playoffs, as most of their picks looked more luxurious or for future purposes rather than fulfilling current needs. Even so, Andy Dalton will be working with an improved offensive line, thanks to Cincinnati’s first two picks, so this could be the year that he gives good value to his big-money contract.Odds to win Super Bowl 50: +2000

After a blazing start to the season that saw them lead their division for the most part of the year, followed by a sickening collapse in their last games, I’d be very wary about putting high hopes on these shifty Cardinals. Nonetheless, Arizona comes with a fortified offensive line in 2015 (including free agent Mike Iupati and first-round pick D.J. Humphries), while Carson Palmer is coming off an ACL surgery, which could bode well for the Cards in 2015Odds to win Super Bowl 50: +2500

It’s about time people start taking the Giants seriously and showing them some love… like I am doing here. Though they had a substandard 2014 campaign, the Giants boast of a great wide receiver core in Victor Cruz and Odell Beckham, who’ll be working with 2-time Super Bowl MVP Eli Manning. Meanwhile, they also have a good running game in Rashad Jennings and Shane Vereen, while they’ve made some decent additions in their O line and their D. If that isn’t a recipe for a strong showing in 2015, then I dunno what is!Odds to win Super Bowl 50: +2500

Impressive as it is that the Lions have bettered their offense by bringing in players like RB Ameer Abdullah and G Laken Tomlinson, the absence of Suh and Fairley is guaranteed to see Detroit’s defense struggle. Added to the lukewarm services of Mathew Stafford as Detroit’s main signal-caller, it’s a no brainer that the Lions are most likely destined for an average season.Odds to win Super Bowl 50: +2000 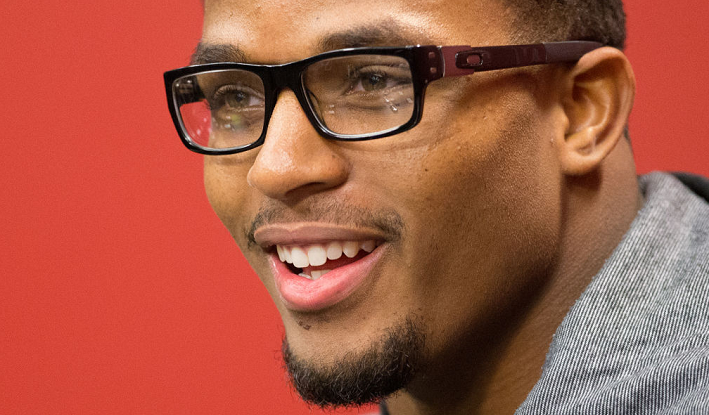 The Panthers may be thumping their chests about being the first team to defend the NFC South title, but we all know too well about the non-competitiveness in the division to trust their stake when it comes to real competition in the playoffs. So, although Carolina’s QB Cam Newton is someone with a lot of potential, 2015 should see the Panthers finish with another not-bad, not good season.Odds to win Super Bowl 50: +3000

If only Drew Brees was playing for another strong-ambitioned team (like Philadelphia), then his name would have been already mentioned earlier in this list. Sadly, the Saints are seemingly contented with being a middle-table team, no wonder they drafted a whopping six defensive players, including NCAA sack king Hau’oli Kikaha and big linebacker Stephone Anthony) rather than spreading out their picks to balance the team. Expect another seesaw season from the Saints.Odds to win Super Bowl 50: +2500

The Texans once again proved wise in their drafts, but the much-talked-about lack of a formidable QB in the team is something that is hard to overlook. And going by the way Houston’s divisional competitors have shown that they mean business, it would be a miracle if the Texans went 9-7 (like in 2014) or do better than that.Odds to win Super Bowl 50: +3000

Besides Todd Gurley, the Rams had a very wanting performance in the draft, almost looking they were selecting players using the rock-paper-scissors game to select their players. No way the Rams are going to have a great season with so many deficiencies lingering in their team.Odds to win Super Bowl 50: +2800

Vic Beasley and Jalen Collins will be fun to watch, while Matt Ryan will continue to be a darling for fantasy owners, but as far as getting wins and having an improved season is concerned, Head coach Mike Smith’s departure will slow them down, making it difficult for them to challenge other elite teams.Odds to win Super Bowl 50: +3000

Jameis Winston is too big-egoed to lead the Bucs to anything less than 4 wins. An improved Tampa Bay should thus be in the offing in 2015.Odds to win Super Bowl 50: +8000

San Francisco’s management issues are not gone, firing their previous coach was a mistake, and the crème de la crème trio of Arik Armstead, Jaquiski Tartt and Eli Harold (who were drafted this year) are more of future players than immediate-impact players. So, in case you still hoping for another 8-8 season (like last year), stop dreaming because even 6 wins won’t be easy to come for the 49ers.Odds to win Super Bowl 50: +2000

With their defensive additions, the Jets won’t be getting blown out easily, as was the case last year. Still, with no reliable QB in their ranks, the Jets won’t be able to make formidable strides in their season as hoped for by their fans.Odds to win Super Bowl 50: +6500

If Dante Fowler Jr. and T.J. Yeldon can both be infused in the team ASAP, and Blake Bortles plays a more refined game with his increased Pro-balling experience as a QB, the Jags could be more competitive this season.Odds to win Super Bowl 50: +15000

Brought in a couple of good players, but with the QB situation not clear in Cleveland, it’s hard to know what to expect. So, in the meantime, let the Browns sit here, at least until we are sure about whether or not we will be seeing more of Johnny Football in the field.Odds to win Super Bowl 50: +5500

I really liked how Marcus Mariota played for Oregon, and although most talks have been about Winston being more NFL-ready, I wouldn’t be surprised if Mariota led his team to more than the 2 wins racked up last season, even if there are ton of issues that still need to be sorted out by the Titans.Odds to win Super Bowl 50: +12000

The combination of Kevin White and Jay Cutler is likely to give the Bears something to hope for and look forward to one or two seasons from now. But as far as the 2015 season is concerned, Chicago struggles are still likely to continue.Odds to win Super Bowl 50: +3000

The Raiders are an improved unit, but with a brutal schedule waiting for them in the 2015 season, finding a good number of wins won’t be easy for them.Odds to win Super Bowl 50: +15000

With no big-name acquisitions after their disappointing 4-12 season, this season could even be harder for the Redskins, whose only noteworthy picks were Brandon Scherff and Jamison Crowder.Odds to win Super Bowl 50: +6500Sources:Yahoo Sports: http://sports.yahoo.com/blogs/nfl-shutdown-corner/aaron-rodgers-celebrity-jeopardy-203241063.htmlESPN: http://espn.go.com/nfl/player/_/id/10467/dwayne-bowe
Older post
Newer post