NFL News and Rumors
The Dallas Cowboys entered the 2014 NFL regular season simply looking to avoid the embarrassment associated with potentially becoming the first NFL franchise to record four consecutive .500 seasons.After unfurling a surprising 12-4 campaign that was highlighted by the team’s first postseason win since 2009 and just their second since 1996, the Cowboys will enter the 2015 regular season looking to not only get back to the postseason, but take another step in their quest to win it all.Thanks to the expert online NFL betting analysis you’re going to get, you’ll have a great idea of just how far the Cowboys will go in their quest to cash in on their Super Bowl 50 Futures Odds. 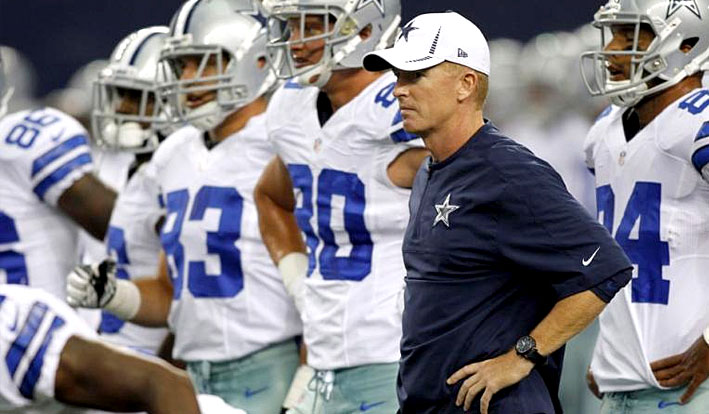 The Cowboys (12-4 SU, 10-6 ATS, 9-6-1 O/U) got a series of stellar campaigns from several of their key core players, including running back DeMarco Murray, wide receiver Dez Bryant and the entire offensive line.The ‘Boys finished the 2014 regular season ranked seventh in total offense, including a spectacular second in rushing (147.1 ypg) as Murray led the entire league with an eye-opening 1,845 yards and a fine 4.6-yards-per-carry average. Bryant finished eighth in receiving yards (1,320) and second in touchdowns scored (16) while Murray also finished seventh in touchdowns scored with 13.Dallas played standout defense against the run this past season, finishing eighth in rushing yards allowed while also putting up a stellar 29.2 points per game (fifth). The Cowboys also experienced some stability within its coaching ranks with head coach Jason Garrett earning a new deal and both, offensive coordinator, Scott Linehan and defensive coordinator Rod Marinelli cementing their respective positions with the franchise. 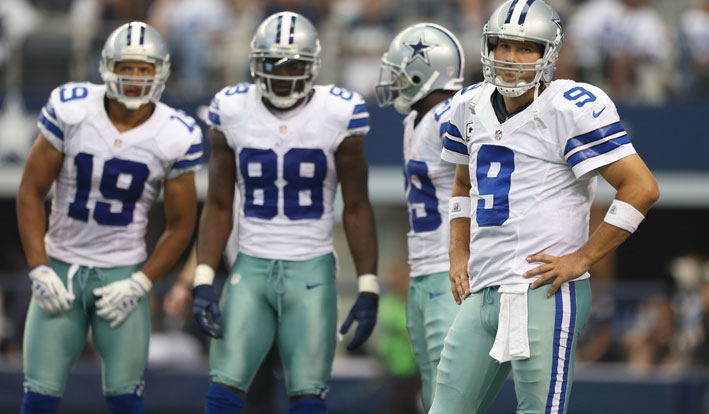 Dallas’ pass defense was downright ‘ugly’ with the NFC East champions ranking an uninspiring 26th against the pass (251.9 ypg). If the Cowboys are serious about taking the next step toward being a legitimate Super Bowl contender, they need to address this issue before they meet up with the likes of teams like Philly or New Orleans. 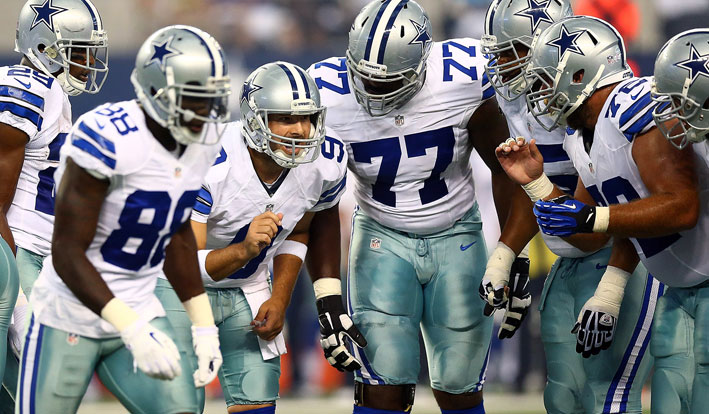 Let’s take a look at the Cowboys’ statistics from this past season. 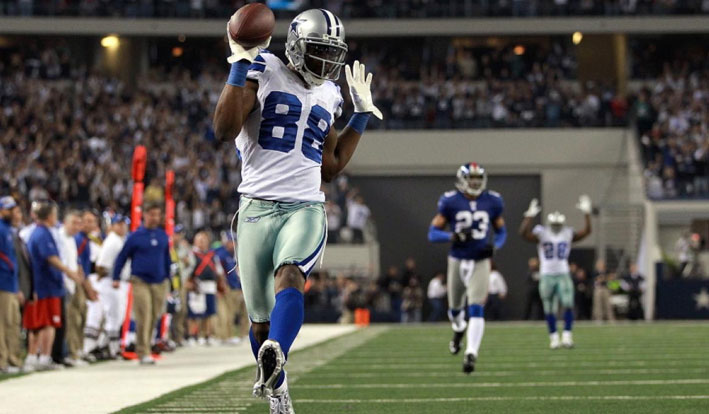 Since parting ways with former franchise stalwart DeMarcus Ware a couple of seasons ago, the Cowboys have been in need of defensive line help in the worst way. The Boys’ need a couple of speed pass rushers that can cause havoc and semi-consistently win one-on-one matchups – much like Ware did in becoming the franchise’s all-time leader in sacks.Dallas could part ways with underachieving starters Tyrone Crawford and Jeremy Mincey and Nick Hayden while keeping George Selvie as a starter at left end. Ironically, the Cowboys do have another DeMarcus (Lawrence) that looks like he has the ability to become the team’s best pass rusher in 2015 and the foreseeable future. Still, the Cowboys need at least three new starters along the defensive line if you ask me.

I don’t know how else to say it, but Dallas’ defensive backfield is so bad that it makes their underachieving conference counterparts in Philadelphia actually look competent – and believe me – that’s hard to accomplish.The point is, Dallas could use help at all four defensive backfield positions and probably three new starters. Brandon Carr was clearly mediocre at cornerback in 2014 and fellow corners, Morris Claiborne and Sterling Moore are both set to hit free agency, though I’m not sure the Cowboys will try to retain either average player. 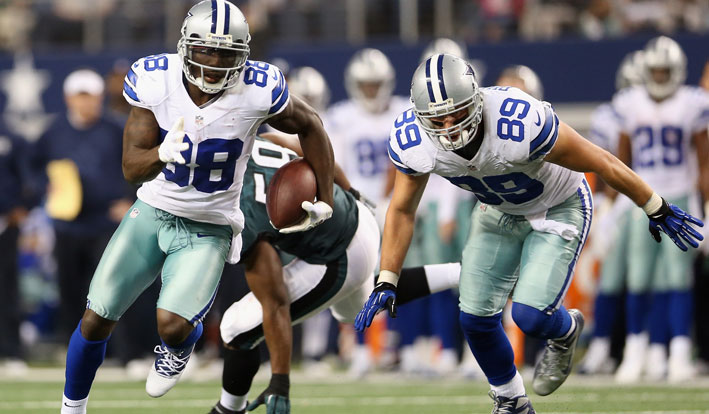 While I suspect that the Cowboys will bring back one or two starters from their defensive backfield, I wouldn’t necessarily be surprised if Dallas had two new starting cornerbacks and one safety in 2015 with second-year safety J.J. Wilcox being the only safe bet to return.

The return of a healthy Sean Lee will help the linebacker unit, but he won’t cure all of their ailments. Veteran, Bruce Carter makes big plays every now and then, but when he isn’t, he’s mediocre at best, so I expect Dallas to replace him as a starter. Middle linebacker Rolando McClain looks like a keeper, but veteran Justin Durant and Brandon Carr can both hit the road jack in my estimation. 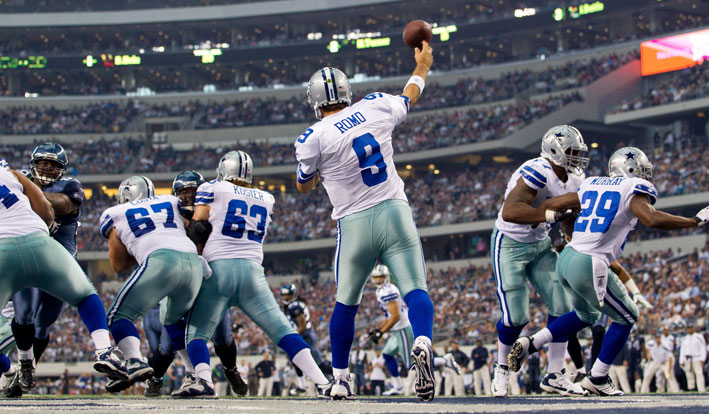 It’s funny that in today’s salary-cap dominated days, that it seems as though it’s getting harder and harder for teams to manage their salary caps and hold on to many of the core players they themselves have developed.With that said, I think Dallas could very well reach the double-digit win mark in 2015 – if they take care of business this offseason via free agency and the NFL draft.The Cowboys have their hands full in trying to figure out what to do about a half-dozen free agents on their roster, including DeMarco Murray. The ‘Boys don’t have to worry about Dez Bryant for another season after slapping the franchise tag on him, but what they do with Murray is anyone’s guess right now, particularly with Vikings running back Adrian Peterson already on record to say that he’d love to play for Jerry Jones’ franchise one day.Depending on how well the Cowboys address their roster needs this offseason, I can see them winning anywhere between 9 and 11 games at most. I thought the Cowboys overachieved a bit last season and won a couple of more games than they probably should have because of the fantastic seasons they got out of Bryant, Murray and the team’s offensive line. 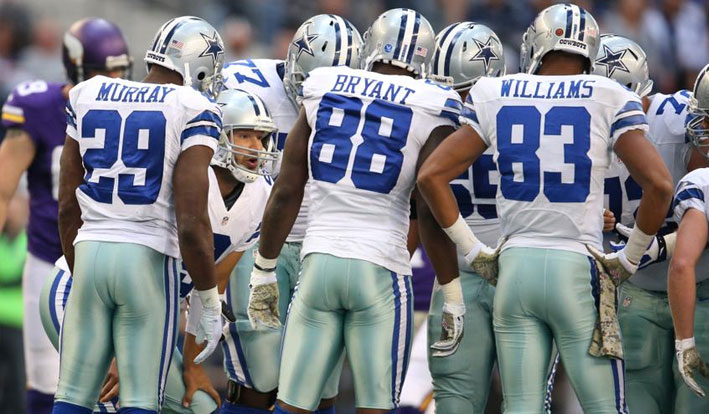 Still, I’m no big fan of veteran quarterback Tony Romo and I have long believe that Dallas would never win a Super Bowl title with the enigmatic signal-caller under center, although I will be the first person to admit that it wasn’t Romo that caused the Cowboys’ 2014 campaign to come to an end last season.I’m Also picking Dallas to come back to the pack in a big way with its ATS numbers in 2015. I expect the Cowboys to face longer odds this season because of the success they experienced in 2014, but I don’t think they’re going to cash in nearly as often.I’m banking on the Cowboys going 10-6 SU and 7-9 ATS in 2015 while possibly reaching the NFC playoffs as a Wild Card. Another 12 wins is not happening for Dallas this coming season – and to be honest about it – I wouldn’t be surprised to see the Boys come back to the pack even more, to let’s say, nine or even eight victories.