NFL News and Rumors
The schedule for this year’s NFL regular season has been released. The dates have been set and it was agreed that the New England Patriots will be the opening act in Foxboro vs the Pittsburgh Steelers… and online betting fans just can’t wait.

The hype after schedule is released

The schedule is on, and so are online betting lines. The 2015 NFL schedule has been a highly anticipated one, with tons of expectation and fanfare, the first game of the 2015 season is looking out to be one of the biggest betting dates this year. The New England Patriots are listed on some odds outlets as 6-point home favorites.

The game is on

It’s traditional that the winner of the Super Bowl will host next year’s opening game, an honor that the Patriots won after beating the Seattle Seahawks in Super Bowl XLIX. The challenge is up, Ben Roethlisberger will be seeing Tom Brady as his ‘enemy’ and this should be a great and exciting NFL opener.As we mentioned before, Vegas oddsmakers placed the Patriots as early 6-point home favorites to win the game. The Steelers took a deep on the lines after star Running Back Le’veon Bell got a three game suspension, forcing him to miss the game. Will the Steelers manage to win without him? Las Vegas is not counting on it. 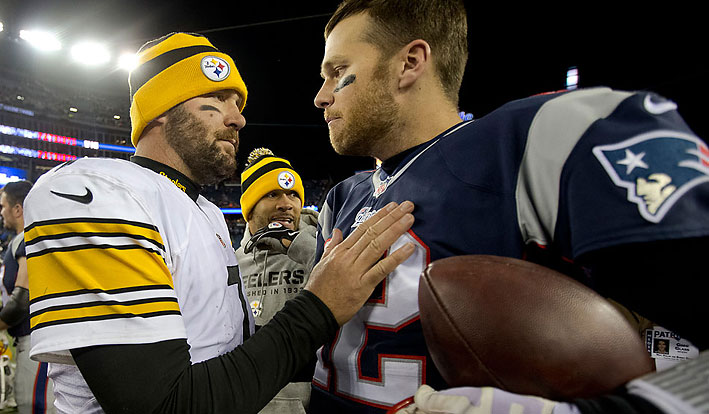 Another big date in the 2015 NFL schedule is Thanksgiving. As usual, we’ll be trated to three games, starting with the Detroit Lions hosting the Philadelphia Eagles, then the Dallas Cowboys hosting the Carolina Panthers, and finishing up with The Green Bay Packers who will host the Chicago Bears in the primetime game on NBC. This should be an emotional affair since the Packers are planning a celebration to retire longtime quarterback Brett Favre’s number 4 jersey.

For the record, the Patriots and Steelers have met 27 times — the last one being in 2013 — with the Steelers winning 15 of those matches.With this in mind, history could possibly be repeating itself once more in 2015, making the Steelers a decent betting option to consider. SourcesESPN.com (http://espn.go.com/nfl/player/_/id/5536/ben-roethlisberger)CBC.ca (http://www.cbc.ca/sports/football/nfl/le-veon-bell-steelers-running-back-suspended-3-games-1.3026643)
Older post
Newer post