NFL News and Rumors
If you’re getting ready for the start of the 2015 NFL betting season and you want to get your gridiron wagering campaign off on the right foot, then you’re in luck!Thanks to the trio of expert Week 1 NFL preseason picks that you’re about to get, you’re going to have a great chance of cashing of starting you’re 2015 season off with a series of potentially winning wagers.Okay, with that said, let’s rock and roll people! 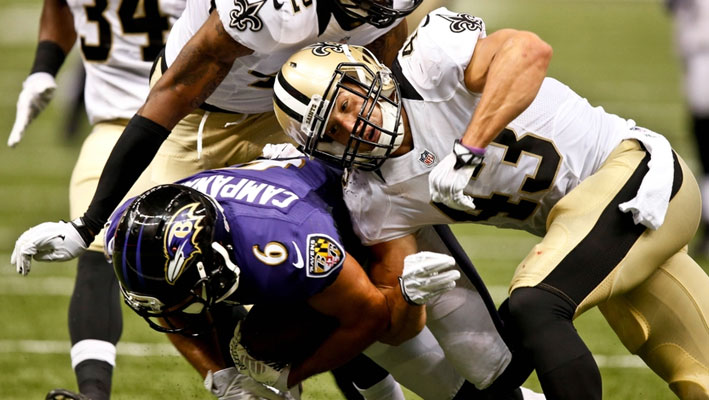 When: 7:30 PM ET, Thursday, August 13, 2015Where: M&T Bank Stadium, Baltimore, MarylandAnalysis: Veteran backup quarterback Luke McCown will get the lion’ share of the minutes for the Saints in relief of starter Drew Brees while Baltimore backup Matt Schaub plays behind starter Joe Flacco for the Ravens. Baltimore managed to post a perfect 4-0 SU mark during the 2014 preseason, but the Saints weren’t far off with a nearly unblemished 3-1 SU record a year ago. For me, this pick is pretty straight forward with Baltimore playing at home and owning the far better defense in this contest.The Saints are just 2-6 ATS in their last eight games overall an a discouraging 1-5 ATS in their last six meetings against Baltimore. Last but not least, Matt Schaub is a lot better than Luke McCown, making the outcome of this matchup a virtual lock.The Pick: Baltimore 26 New Orleans 23 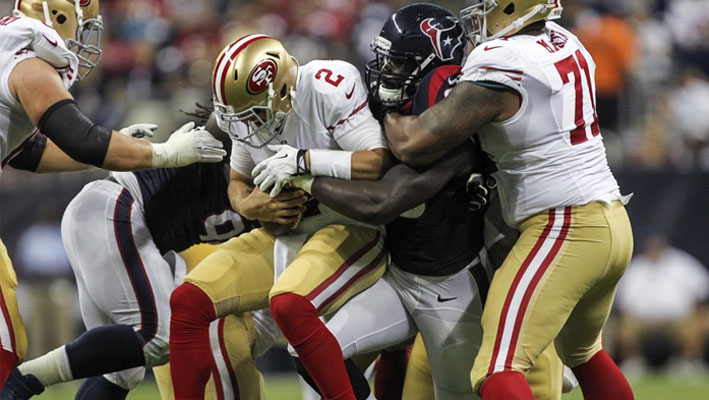 When: 8:00 PM ET, Saturday, August 15, 2015Where: NRG Stadium, Houston, TexasAnalysis: Former Jacksonville Jaguars flameout and current 49ers backup Blaine Gabbert will play most of the minutes in place of San Francisco starter Colin Kaepernick while Houston open with Brian Hoyer, followed by backups, Ryan Mallett and Tom Savage.While I’ve ripped Texans head coach Bill O’Brien on several occasions for his failure to try to acquire or draft a possible franchise quarterback, I believe Houston’s trio of mostly ordinary signal-callers are by far, all much better than the gun-shy Blaine Gabbert.The Texans went 3-1-1 ATS in their last five games of 2014 while the suddenly rebuilding Niners posted an awful 0-5-1 ATS mark in their last six games to close out their 2014 campaign.I like the Houston Texans to get the confidence-boosting win in this home matchup.The Pick: Houston 24 San Francisco 14 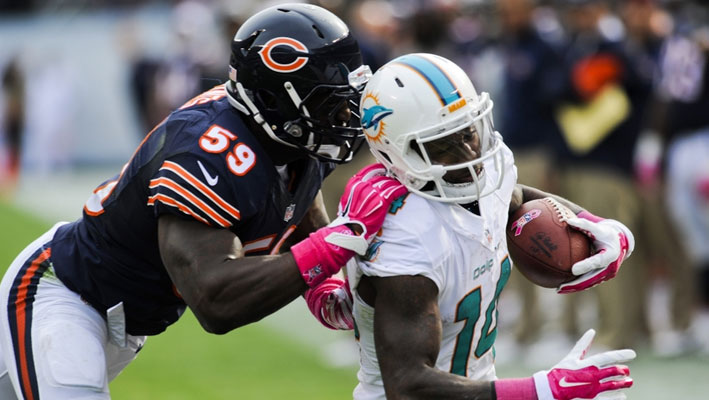 When: 8:00 PM ET, Thursday, August 13, 2015Where: Soldier Field, Chicago, IllinoisAnalysis: Veteran signal-callers Matt Moore and Josh Freeman will play the majority of minutes for Miami in place of starter Ryan Tannehill while Chicago plays backups Jimmy Clausen and David Fales in place of starter Jay Cutler. Personally, I’d like to see both Cutler and Tannehill benched, but hey’ that’s just me. Anyway…I like Miami to win an cash in mostly because their veteran backups are far better than Chicago’s.Miami has gone 5-2 ATS in their last seven Thursday night games while the Bears have posted a winless 0-4 ATS mark in their last four Thursday games an pitiful 7-18-1 ATS mark in their last 26 home games.The Pick: Miami 24 Chicago 14Sources:Pro-football-reference.com: http://www.pro-football-reference.com/players/M/MoorMa01.htmESPN.com: http://espn.go.com/nfl/player/_/id/14001/colin-kaepernick
Older post
Newer post