NFL News and Rumors
If there’s one thing I hate with a passion about the long NFL offseason, it is the fact that most of the preseason hype, which are largely fueled by the excessive talks about new signings, change of head coaches, and leaked practice sessions, often lead to unrealistic expectations by NFL betting fans. Last September, I almost lost a tooth in a bar for trying to explain to a Jacksonville fan that reaching the 2015 playoffs was impossible for the Jags. Hadn’t it been for my body-building friend sitting beside me at that time, we’d be talking of an entirely different story right now…The bottom line about the offseason developments (and this is where I need all you Jacksonville and Co. teams to pay attention) is that roster changes and signing new coaches are things that are meant to improve teams, but the degree of improvements vary on a team-to-team basis. In fact, sometimes, there are zero guarantees for improvement, and the new additions fail to deliver as expected. That, in essence, is the reason why the Jaguars had a 2-14 record in 2012, which improved to 4-12 in 2013, and then (even with all their offseason developments after that) dropped to 3-13 in 2014. Mind you, the regression between the 2013 and 2014 season happened to the Jags, despite bringing in a highly-rated group of recruits through last year’s draft.

Now that I’m done with making that point, and sending a subliminal message to the next Jacksonville fan who may want to get a piece of me after reading this article, let’s switch gears into more important issues and find out which teams have good betting values in regards to the 2015 NFL season total picks in the AFC.

Even with the inexperienced Jimmy Garoppolo likely to get the start in Brady’s absence for the first four weeks of 2015, the Pats (who’ve won 9 of their last 10 divisional titles and are averaging 12.6 wins per season in the last five years) should be good for 11-plus victories. 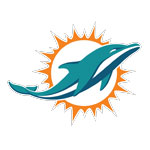 The addition of Ndamukong Suh should bring some grit to the team and help propel the surging agenda in Miami. Still, the tough AFC East schedule will limit the Dolphins from making a giant leap in their season total, so only an improvement from 8-8 in 2014 to 9-7 should be possible. And with that, a PUSH total looks most probable. 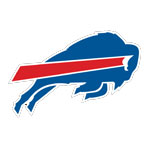 Despite improvements in the coaching front and the defensive side of the ball, the Bills still don’t have a reliable QB, which will make life difficult for them in the AFC, where teams like the Pats, Saints, Broncos and Colts have formidable quarterbacks, who can easily give advantage to their teams through unique plays. An average season, probably finishing 8-8, looks likely, keeping the Bills UNDER. 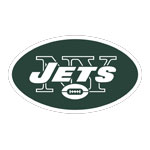 The fact that the AFC East is witnessing an improved competition and the Jets are will be among the most improved teams in 2015 is something that is not for question. Unfortunately for the Jets, their season is full of landmines, including a game against their former coach Rex Ryan, who is now with the bills. Added to the potential ramifications of having the error-prone Geno Smith as their starting QB, reaching the 7-win mark doesn’t look profitable, so we’ll advice you to go for an UNDER of around 6-10. 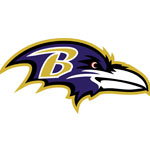 The Ravens have averaged 10.4 wins per season over the past five seasons and are coming off a 10-6 season where the competition was thoroughly demanding, so getting to the 10-win mark should be very possible, considering most of their core is intact, led by QB Joe Flacco.

After facing a 23rd toughest schedule in 2014 and finishing on an 11-5-0 mark, the Steelers enter 2015 with the toughest schedule in the entire league, featuring opponents with a league-high 0.579 winning percentage. Therefore, even with their talented squad, there is a possibility that their record could fall by a win or two, but there’s no way I see Ben Roethlisberger and his teammates going below the 9-win mark. 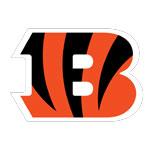 Though the Bengals are coming off a 10-5-1 season and have made it to the last 3 playoffs in a row, they haven’t been able to record any postseason victory in those three attempts, underlining the team’s lacking composition. 2015 is the season for Andy Dalton and Co. to be found wanting in their offensive mistakes, so expect an 8-8 or even lower mark. 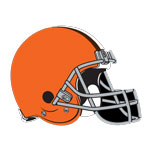 The headache of choosing between Johnny Manziel and Josh McCown and trying to hope for good seasons from both of them is too far-fetched and frustrating to think about. So for the sake avoiding too many words to explain the obvious, allow me to simply earmark the Browns for an UNDER. 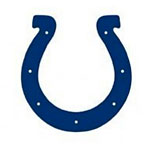 If you take a strong team (Indy), add a good QB (Andy) and put them in a weak division, the result will always be positive. In this case, the only litmus test will be the Texans, who’ve sadly haven’t had enough tough question for the Colts. Oh, and the Colts were 6-0 against the division and 11-5 overall with a less stronger 2014 team, so the much-improved 2015 team should be able to do better. 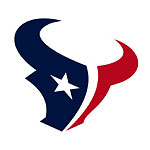 Though Andrew Luck has been nearly uncontainable for the Texans, the team has performed decently against other opponents. With a slight upgrade in the QB department in Brian Hoyer, and the intimidating duo of J.J. Watt and Jadeveon Clowney leading the defense, Houston should be good (if not better) for the same number of wins as their 9-7 2014 season. 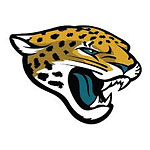 Here’s my favorite longshot for the Super Bowl. #Kidding! Seriously though, with a favorable 25th-ranked strength of schedule in 2015, and a potential breakout sophomore star in Blake Bortles, I wouldn’t be surprised if the Jags sailed to 5-or-6 wins in 2015. Still, having averaged 4.4 wins per season over the last 5 years, the safest bet here would be an UNDER, probably with the Jags playing well enough to rack up a 5-11 season in 2015. 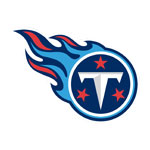 After claiming a pathetic 2-14 season when going against 30th-ranked strength of schedule, I don’t see the Titans and their 26th-ranked schedule miraculously sailing past the 5.5 win mark. So, although I am a diehard Marcus Mariota fan from back in his college days, I’m inclined to go with an UNDER, while I predict a 4-12 season for them in 2015. 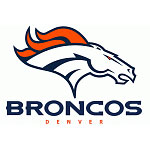 This being the potentially last season for Peyton Manning in the NFL, I can assure you of one thing—he will be going out with a bang. And in my definition of bang, a 10-plus win season qualifies well as big bang. 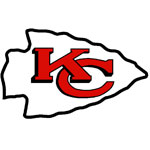 The Chiefs had a 7th-ranked strength of schedule in 2014 with a projected 8.5 win total in the year. Acceptingly, the Chiefs answered the call and managed to wither their trying slate of games to get a 9-7 season. Coach Andy Reid and his team refueled their tanks with new energy, ranking among the best NFL draft classes of 2015, I hear. But seemingly, the guys at Las Vegas failed to take notice of the improvements, giving the Chiefs another 7th-ranked schedule for 2015 with a projected 8.5 season total. Going by the emerging trend, another 9-7 season, or even better record, should be in the offing for them. FYI, the Chiefs have paid OVER total season bettors in their last 2 years in a row. 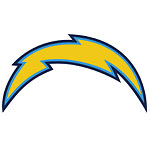 The uncertainty of Philip River’s future in San Diego put this analysis in disarray. Even so, RB Melvin Gordon is a sure hit and I can bet on him to put good numbers in 2015. If Rivers stays, the better for the Chargers, though Coach Mike McCoy will still have to mine the best potential out of Antonio Gates, Keenan Allen and other wideout options in San Diego to give the quarterback sufficient options to work with. At the moment, I am torn in between, so I’ll go with a PUSH result, until I am sure of the next course of action in San Diego. Plus, an 8-8 should do just fine for the average San Diego team in 2015, even if Rivers stays in the team.

The prospect of teaming up Derek Carr with the duo of Amari Cooper and Michael Crabtree is something I am definitely looking forward to in 2015. Jack Del Rio’s presence in Oakland should also count for something. Sadly, the Oaks don’t have a friendly schedule, facing Denver, Kansas City and San Diego twice each, which chalks in 6 defeats in my board. If you add that to their games against Pittsburgh, Detroit and Green Bay, there is not much left to hope for in 2015. Therefore, although the Raiders are improved well-enough to claim around 5 wins, I still don’t think they’ll be reaching the 6-win mark, so an UNDER looks likely for them. SourcesESPN.com (http://espn.go.com/nfl/player/stats/_/id/16760/jimmy-garoppolo)NFL.com (http://www.nfl.com/player/benroethlisberger/2506109/profile)
Older post
Newer post