NFL News and Rumors
It was a strange sort of year for the Green Bay Packers, as they struggled on both sides of the ball and had to settle for a Wild Card spot after giving up the NFC North to the Minnesota Vikings. Other than the loss of Jordy Nelson for the year before a ball was kicked, the Packer remained relatively healthy, which makes their struggles this season all the more surprising. The playoffs are like a whole new season, though, and the Packers made a great start by taking down the Redskins 35-18 in Washington in Wild Card Weekend. They are the rank outsiders at 18-1 heading into the Divisional games, but there are a few good reasons why they might be able to win Super Bowl 50.

What was your favorite moment from Sunday’s playoff win? #GBvsWAS Watch our top 3 : https://t.co/qFpVuzRmHV pic.twitter.com/qu5JlZYgk7

They Got Back Their Groove

This was a team that came into the playoffs on a real downer, as they had lost the last 2 games of the regular season. They needed a morale-boosting game in order to get some of their swagger back, and it can be argued that not winning the division gave them the best shot of doing that. Getting the 5th seed meant facing the Washington Redskins as opposed to the Seattle Seahawks, which is a trade-off that any playoff team would take. The Packers looked like they were enjoying themselves last week, and while they may be 7-point dogs heading to Arizona, they must now feel as though they can win.

Betting On The Packers’ Experience…

One things that the Packers have going in their favor is an incredible wealth of playoff experience. The Cheeseheads always seem to be in there come the end of the season, and while they don’t always win, the valuable lessons that they learn from being in the postseason every year cannot be discounted. You look at the playoff experience they have compared to the Cardinals and the Panthers, and all of a sudden those 18-1 odds don’t like quite so untouchable. 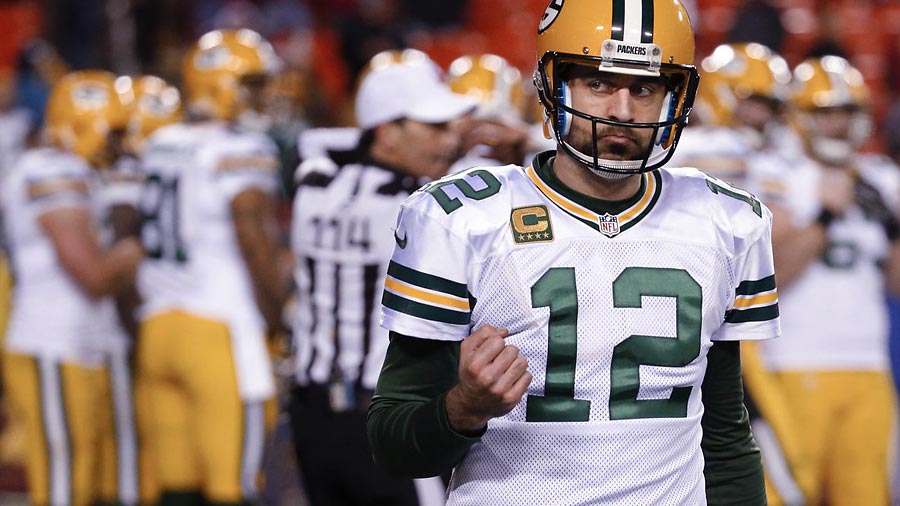 If you are going to talk about playoff experience, you need to talk about Aaron Rodgers. This is a QB who already has a Super Bowl ring, not to mention MVP awards in his trophy cabinet. With Rodgers under center, this team always has a chance to win. Yes, he is without the aforementioned Jordy Nelson, but given time in the pocket, Rodgers can carve up any defense with his accuracy and power. When they Packers upped the tempo on the offense versus the Redskins, Washington looked almost powerless to stop them.

In order to get to the Super Bowl and win it, the Packers are going to need some serious input from their defense. They have the personnel to pull that off, and it would not be outside the realm of possibility to see the offensive and defensive units get on the same page over the next couple of weeks. An outside bet for sure, but not an awful one by any means.
Older post
Newer post