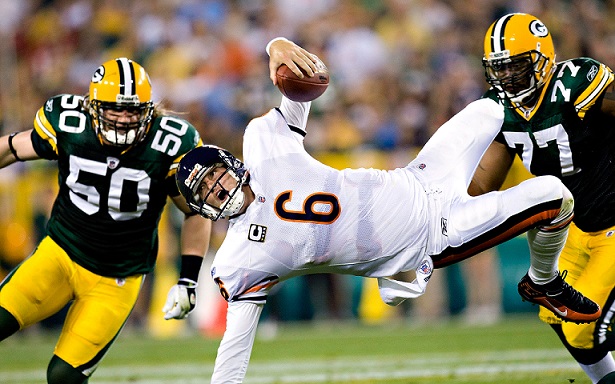 NFL News and Rumors
It’s still very early in the NFL season, but the winner of the Packers/Bears game this coming Sunday has a chance to take a hold of the NFC North division, which adds even more relevancy to this game. From a pure NFL gambling perspective, it’s been a pretty tepid start for all teams so far, but we can expect things to warm up considerably when these bitter foes square off on the hallowed turf of Soldier Field to renew the oldest rivalry in the National Football League.

The Bears are on something of a roll after getting off to a pretty slow start in week 1. Turnovers killed them against the Buffalo Bills, but in the victories against the San Francisco 49ers and the NY Jets, it has been the Bears defense that has been big on the turnover side of things. That has helped propel the team to a 2-1 record and a share of the division lead with the Detroit Lions.To say that the Green Bay Packers have been miss-firing so far is putting things a little too mildly. They were blown out by the Super Bowl champs the Seattle Seahawks in Week 1, before seeming to turn things around in Week 2 with a come from behind win against the NY Jets. Ant perceived signs of life were snuffed out in week 3 with a 7-19 loss to the Detroit Lions.The Packers could be in real trouble if they drop this game on Sunday, as a 1-3 start is historically difficult to recover from. Green Bay has never experienced a 1-3 start, but it has also been a long time since they have had this many problems on both sides of the ball. Of particular distress to the Lambeau faithful is their seeming inability to move the ball on offense.

Betting on this Game

While the trends would definitely suggest a wager on the Packers straight up and against the spread, it’s worth noting that this is not the same offensive juggernaut that we have become used to in previous seasons. If they continue with their struggles to move the ball, and the Bears defense continues to create turnovers, I see Chicago winning and covering the spread quite handily. So prepare for an intense round of NFL betting action at mybookie.ag.
Older post
Newer post