NFL News and Rumors
Cam Newton and the Carolina Panthers look like virtual ‘locks’ to move to 2-0 for NFL betting fans by taking down the already-reeling Houston Texans in their Week 2 showdown on Sunday. Still, nothing is ever a given in the NFL, so let’s find out whether Carolina can hold it down at home or whether J.J. watt and the Texans are primed to pull off the upset.

Get an inside look at Sunday against Carolina in our Q&A with @PanthersBryan. MORE –> http://t.co/fNtNtknlTo pic.twitter.com/l5DAkPi0Tx

It’s not just the fact that Houston (0-1 SU, 0-1 ATS) lost to Kansas City 27-20 in Week 1 NFL gridiron gamblers…its how they lost that has to be a major concern for Texans fans everywhere.  After being named the team’s starting quarterback in the preseason (I said it was foolish at the time) veteran Brian Hoyer showed Texans fans – and head coach Bill O’Brien why he should never start for any NFL franchise. Hoyer looked absolutely pitiful in throwing an interception on his first drive – and getting progressively worse from there. “I feel terrible,” Hoyer said. “I feel like I let this entire organization down. I mean, it just went from bad to worse.” 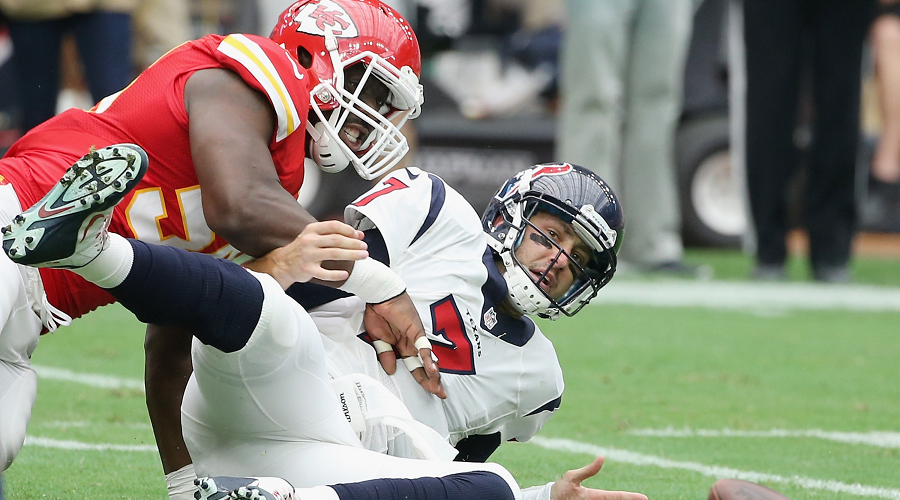 Hoyer was picked off by rookie Marcus Peters on Houston’s first drive, giving the Chiefs the ball at the Houston 13. Kansas City scored two plays later – and the rest, as they say, is history. Hoyer completed just 18 of 34 pass attempts for 236 yards and did manage to toss one TD pass, but he was benched for backup Ryan Mallett midway through the fourth quarter – and now the Texans have trouble at the game’s most important position. Hoyer exited to chants of “Mallett! Mallett!” after he was called for intentional grounding in the fourth quarter. 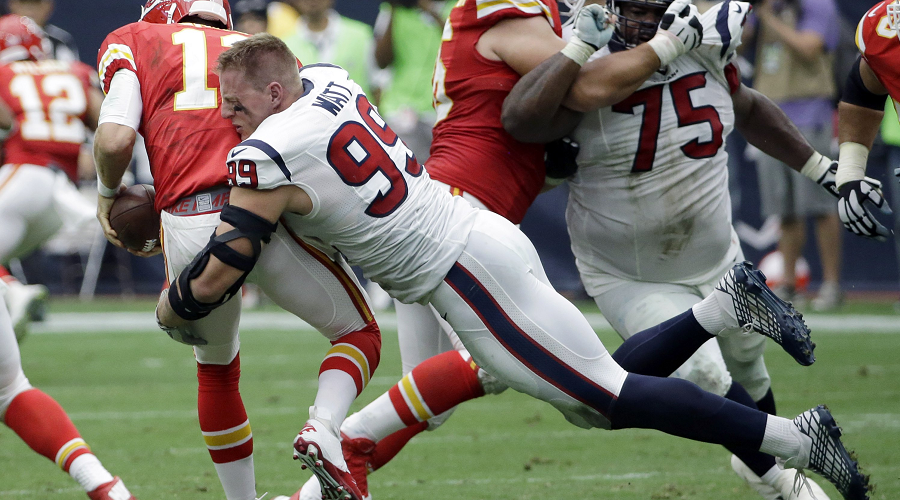 O’Brien was asked after the humbling loss if Hoyer would start next week. “I don’t know,” he said. “We’ll review the film, and we will find out once we get into next week.” Texans defensive end J.J. Watt had another monster game in racking up two sacks, nine tackles and a career high six tackles for losses. 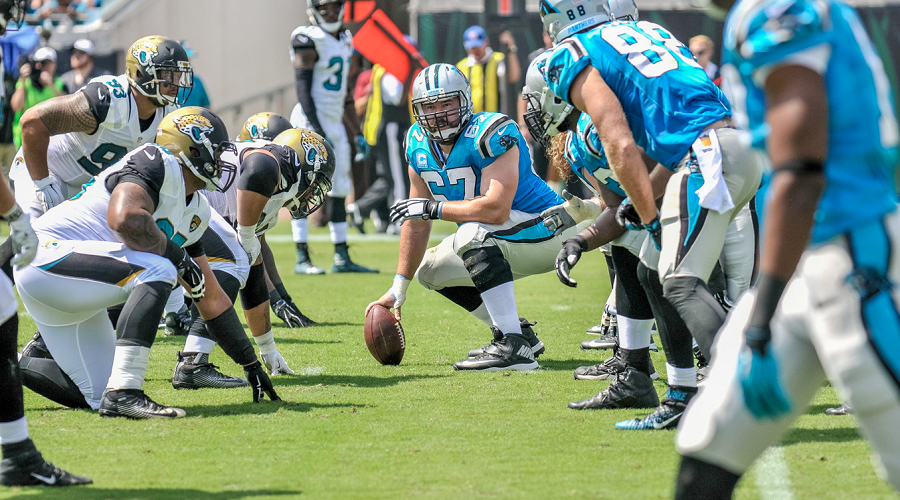 The Carolina Panthers (1-0 SU, 1-0 ATS) performed just as I expected in their 20-9 Week 1 win over lowly Jacksonville as Panthers cornerback Josh Norman made the play of the game by picking off Jags quarterback Blake Bortles for a game-altering pick-six. 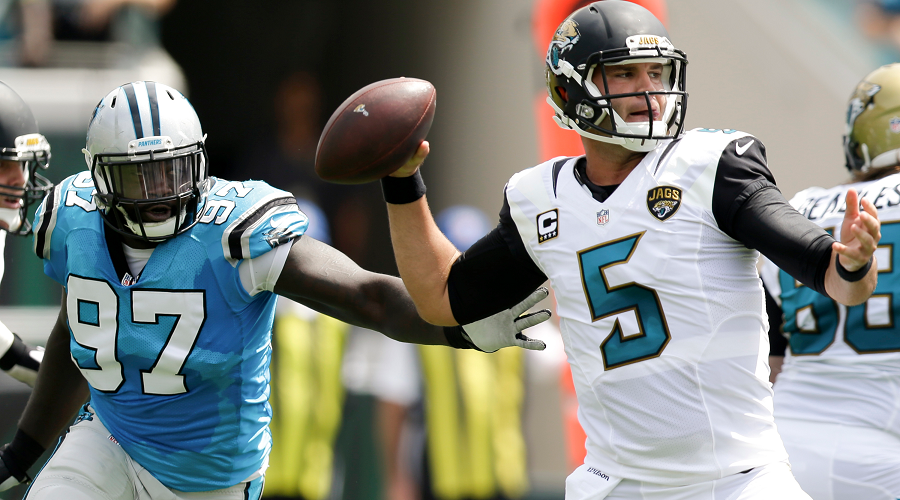 Carolina easily covered the spread as a 3-point road favorite, though they certainly didn’t look like world-beaters in their convincing win. Norman, who also forced and recovered a fumble in the second quarter, told reporters what he said to Bortles en route to the end zone.  “Said goodbye to him on the way,” Norman said. “I wanted to give the defense some energy to get going.”
Carolina’s stout defense limited Jacksonville’s uninspiring offense to just 75 yards in the second half, while picking off Bortles twice and sacking the second-year signal-caller a whopping five times. “A lot of good things happen when you win the takeaway battle,” Carolina head coach Ron Rivera said. 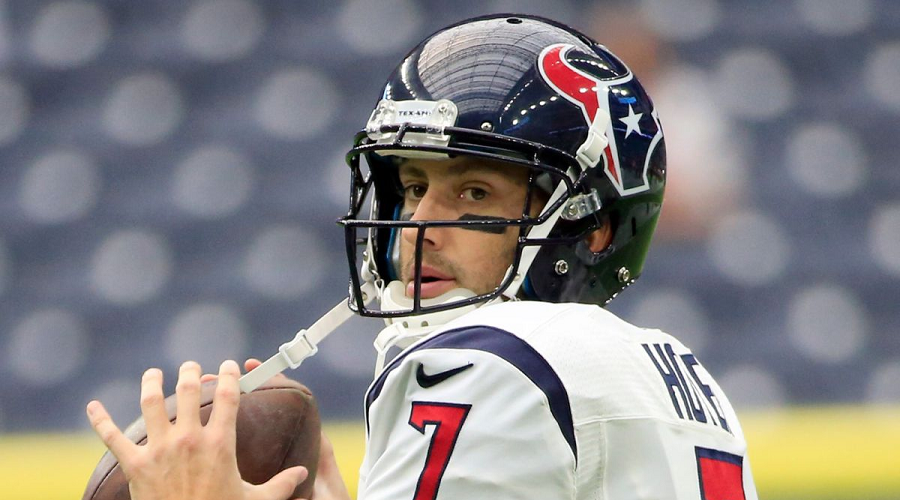 The Carolina Panthers are the easy pick to win and cash in for the second week in a row, though I will admit that I expect the Houston Texans to be a lot better moving forward – if they never start Brian Hoyer again. While Bill O’Brien hasn’t officially named a starter for this contest, I have no doubt that Ryan Mallett will get the call. With that said, I still just can’t see Carolina losing this matchup.  56 percent of public bettors likes and I so do I, despite the fact that Houston has gone 3-0-1 ATS in its last four road games. 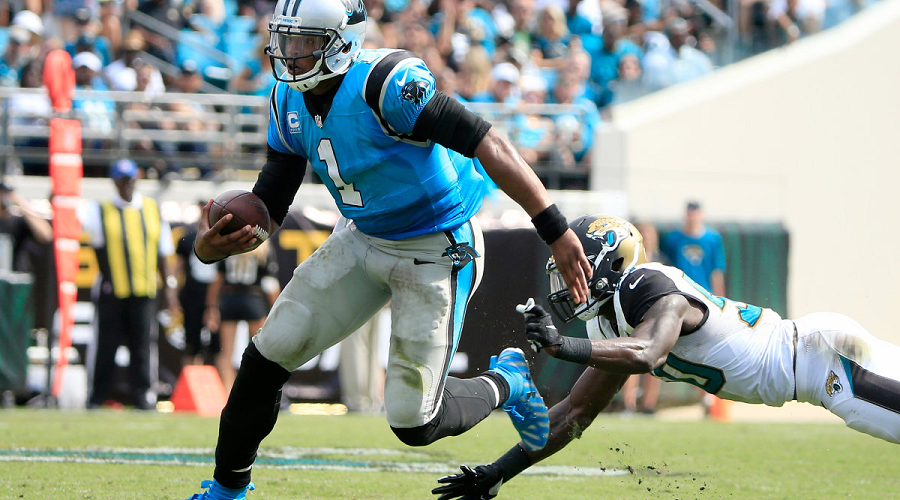 Carolina is 8-3-1 ATS in their last 12 home games against a team with a losing road record and a consistent 11-5-1 ATS in their last 17 home games, making them the easy pick to cover at home.  60 percent of public bettors also like the Under, but I disagree. The Over is 6-2 in Houston’s last eight Week 2 games and 8-3 in their last 11 games in the month of September and I believe the O/U Total is just a tad too low in this Week 2 matchup.