After knocking and knocking on the postseason door to conference and league supremacy in each of the last two seasons, only one question remains for cam Newton and the Carolina Panthers as NFL betting lines start to set for the upcoming 2015 season. Can Ron Rivera’s Panthers finally kick in the door and take the next step in their quests for an NFC or Super Bowl title? Thanks to this mybookie.ag original expert betting breakdown, you’ll have a great idea of just how far the Panthers will go in their efforts to cash in on their Super Bowl 50 Odds. 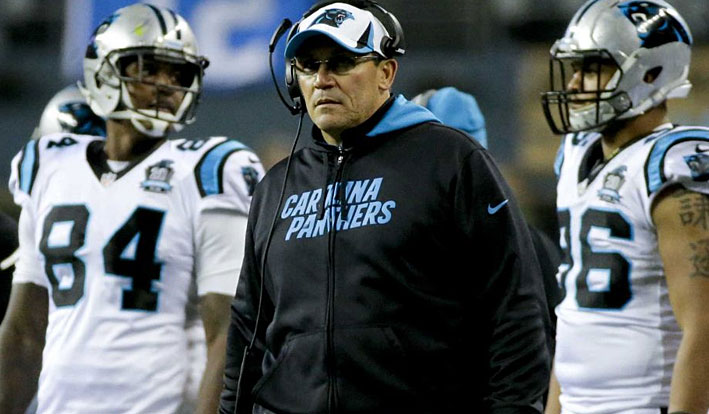 The Panthers (7-8-1 SU, 8-8 ATS, 8-8 O/U) were mostly mediocre in every phase of the game and on both sides of the ball last season, but thy made something out of seemingly nothing anyway. The Panthers had another good year rushing the ball, finishing seventh overall (127.2 ypg) while also ranking 10th in total defense and 11th against the pass. Veteran running back Jonathan Stewart finished 19th in the league in rushing (809 yards) while Cam Newton finished 35th with 539 yards. Talented rookie wide receiver Kelvin Benjamin finished with 1, 008 receiving yards (21st) and tied for 25th in touchdowns with an impressive nine scores. 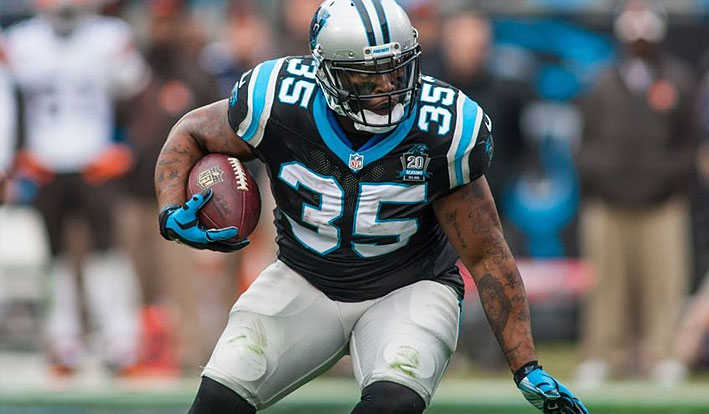 Carolina had a lot of trouble throwing the ball successfully, finishing 19th in passing and an uninspiring 19th in scoring (21.2 ppg). Despite being a solid unit both against the ass and run, the Panthers’ defense gave up a surprising 23.4 points per game to finish 21st in points allowed.

Even though he was cleared of all wrongdoing, all of the domestic violence ‘drama’ surrounding ‘exempt’ defensive end Greg Hardy was a big distraction for the Panthers last season. Sadly, Hardy was found guilty in the court of public opinion long before he ever went to trial and saw his appeal to two counts of domestic violence turn out to be successful. 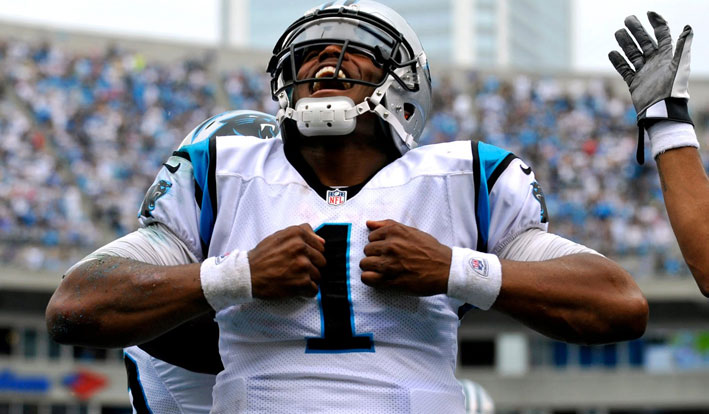 Let’s take a look at Carolina’s offensive statistics from this past season. 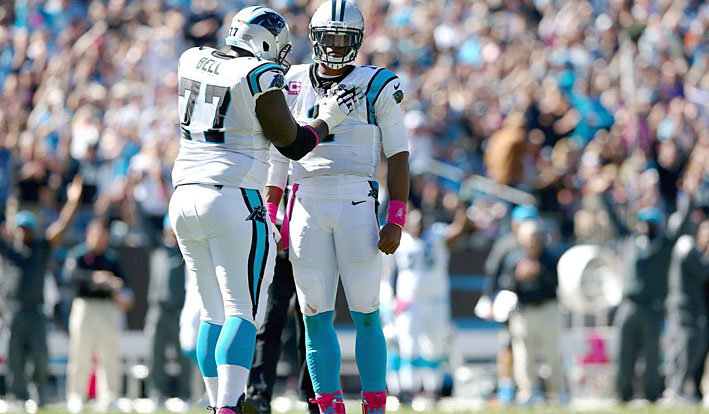 Kelvin Benjamin is going to be a star but veteran Jericho Cotchery is clearly no longer a starting caliber wideout and rookie sensation Philly Brown is just 5-11 and 180 pounds. The Panthers need another big wide receiver to compliment Benjamin and Brown in 2015 and a couple of quality backups if you ask me.

General manager Dave Gettleman needs to replace left tackle Byron bell and at least one other member on the offensive line, if not two.

The Panthers are parting ways with veteran DeAngelo Williams, but still have an elite running back in Jonathan Stewart. Carolina will still need another backup to spell Stewart 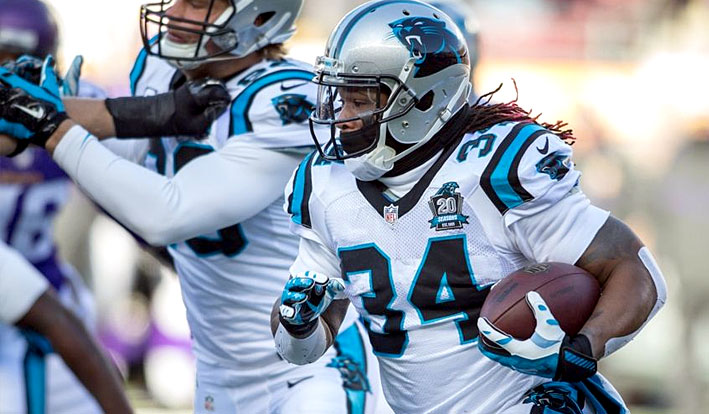 As good as Carolina’s defense has been in recent years, they’re now I need of a couple of speed pass rushers, particularly since they may part ways with Greg Hardy. Young defensive end Wes Horton finished the season with just three sacks opposite veteran Charles Johnson (8.5 sacks), so an upgrade and extra depth at the position are undoubtedly necessary.

Veteran safety Roman Harper can still get the job done, but he’s no spring chicken any more. Carolina needs to begin grooming a suitable replacement for Harper with the former Alabama star now 32-years-old. I’m also not overly confident in the Panthers other starting safety Tre Boston, though I can’t say he totally embarrassed himself in 2014. Boston is a hard hitter, but his instincts didn’t put him in position to make big plays, so that’s a concern.

Carolina Panthers +5000 A whopping 22 teams have better 2015 Super Bowl Futures Odds than the Carolina Panthers and I just think that’s foolish, particularly seeing how this team has competed over the last two seasons. While I’m not prepared to say that cam Newton and company are going to bring home the bacon in 2015, I do believe their stunning futures odds makes them worthy of wager, particularly with teams like Miami, Houston and the New York Giants all favored above them despite not reaching the playoffs last season. 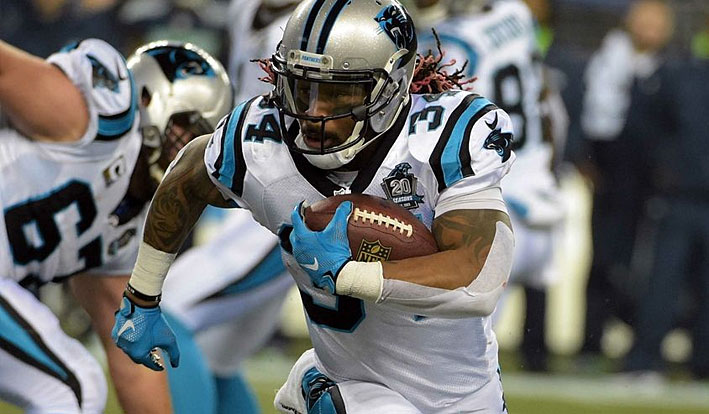 With the fifth easiest schedule in the league in 2015 (111-145, .434), Carolina should have a chance to get back to being the double-digit win team they were in 2013 when they won a dozen games. For me, how far the Panthers go in 2015 will largely depend on the team’s offense, which has always been one step behind their defense if you ask me. Still, I like Cam Newton’s maturation and improved leadership over the second half of last season and I believe Carolina’s style of play on both sides of the ball leads to a lot of close affairs they’re always hanging around in, even against superior teams. I see no reason why Carolina can’t reach the double-digit win mark, though I’m going to take them to fall just short of that figure while compiling a .500 ATS or better for the fourth consecutive season. 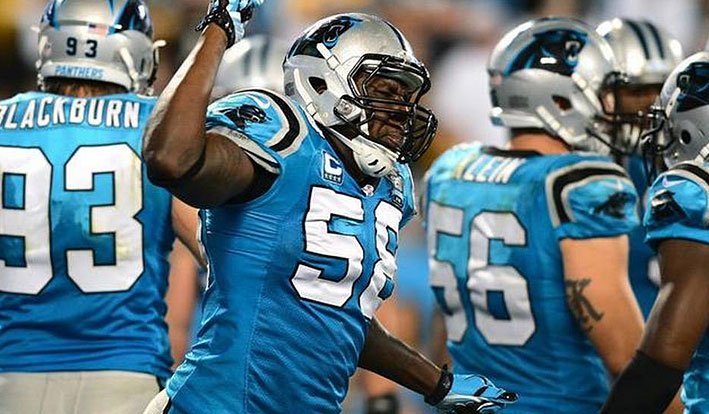 I really like underrated head coach Ron Rivera and I genuinely believe that, depending on how well the Panthers handle their roster issues this offseason, that Carolina could challenge for a deep postseason run – or miss out on the postseason all together, particularly since I believe both, Atlanta and New Orleans will be better teams in 2015 than they were a year ago. The one thing I’m not saying that I should is that Cam Newton is fantastic throwing the deep ball, but I swear, he reminds me of form Eagles quarterback Donovan McNabb in the fact that he has very little accuracy and simply can’t hit a receiver on a seven-yard ‘square-out’ or slant.