NFL News and Rumors
The 2015 NFL schedule was released Tuesday and that’s annually one of the best offseason days of the year for football fans as they project their team’s win-loss record for the coming season. As the defending Super Bowl champions, the New England Patriots will kick off the season at home and as expected the opponent is the Pittsburgh Steelers. The Pats opened as 6-point favorites on NFL odds with a total of 54 points.

Time: Thursday, Sept. 10, 8:30 p.m.Venue: Gillette Stadium, Foxboro, Mass.National TV: NBCOpening line: Patriots -6 (54)The tradition of the defending Super Bowl champion hosting the NFL Kickoff Game on a Thursday night began in 2004 — there were two previous games but didn’t involve the previous season’s Super Bowl winner. The home team has won every Kickoff Game since except for the New York Giants in 2012 against Dallas. On one occasion the Super Bowl champion had to play on the road and that was Baltimore in 2013 (due to schedule conflict with Orioles) and the Ravens lost in Denver. Last season, Seattle crushed visiting Green Bay 36-19. That proved an important result because both teams would finish the regular season at 12-4 and that win gave the Seahawks the tiebreaker. Thus they hosted the Packers in the NFC title game and won it. 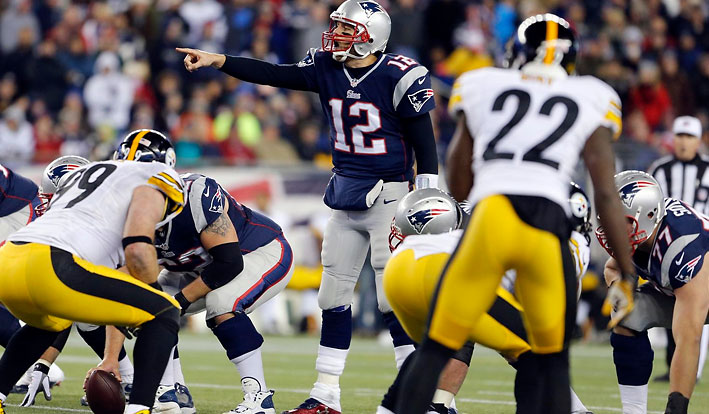 We already know some relevant player news for this game. Steelers running back Le’Veon Bell, the team’s MVP last season, will miss this and the following two games due to suspension. He and former teammate and current Patriots running back LeGarrette Blount were arrested last August after police said they found about three-fourths of an ounce of marijuana in Bell’s car during a traffic stop. Blount was suspended for one game. Bell got the longer suspension because he pled guilty and received 15 months’ probation in a first offender’s program and his license was suspended for 60 days. Blount had his charge dropped on the condition he complete 50 hours of community service. He was released during last season and signed with New England.That’s a huge advantage for the Patriots. Blount is decent but not always a full-time player. Bell was one of the three best running backs in the NFL last season. He rushed 1,361 yards on 290 attempts with eight touchdowns and caught 83 passes for 854 yards and three scores. Bell missed Pittsburgh’s playoff opener against Baltimore with an injury and the Steelers were upset at home. The Steelers did sign former Panther DeAngelo Williams this offseason so presumably he will start the first three games. He’s way past his prime at age 31 and played in only six games last year due to injury, averaging a career-worst 3.5 yards per carry. 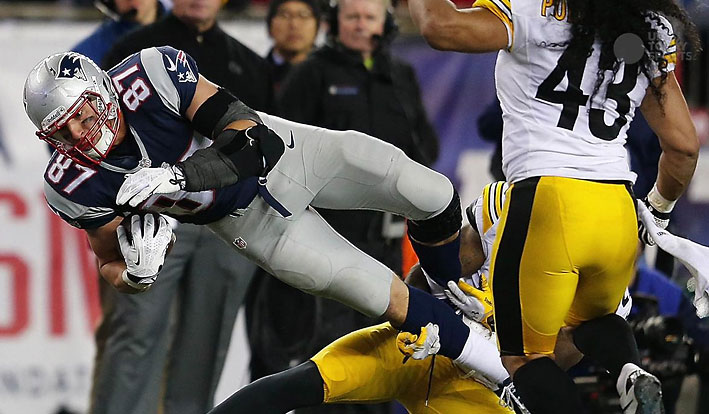 The Patriots are 2-0 all-time in NFL Kickoff Games and so are the Steelers. These teams last met in Week 9 of the 2013 season and the Patriots embarrassed the visiting Steelers 55-31 behind 432 yards and four TDs from Tom Brady. The 55 points were the most ever scored against the Steelers. Ben Roethlisberger threw for 400 yards and four TDs but had two picks and a fumble.

Obviously tough to forecast this early as injuries can happen and we still have the draft, but hard to see the Patriots losing at home.
Older post
Newer post