NFL News and Rumors
The Philadelphia Eagles and New York Giants will look to close out their equally under achieving seasons with a victory when they square off in their Week 17 NFC East divisional battle on Sunday at 1:00 PM ET, live from MetLife Stadium in East Rutherford, New Jersey. Now, let’s find out what the best wager is for this pairing of uninspiring underachievers!

Why Bet The Philadelphia Eagles Odds at +3.5

Because the Giants are atrocious! The Philadelphia Eagles have come up short when it mattered most and ride a two-game losing streak into this contest that includes their pitiful 38-24 home loss against Washington last weekend as a 3.5-point home favorite no less. Making matters worse is the fact that the Birds fired head coach Chip Kelly this week in a strange move that is usually reserved for the first Monday following the end of the regular season. “We appreciate all the contributions that Chip Kelly made and wish him every success going forward,” owner Jeffrey Lurie said in a statement released by the team. “I spent the last three seasons evaluating the many factors involved in our performance as a team,” Lurie said in the letter. “As I watched this season unfold, I determined that it was time to make a change.” The reeling Eagles average 22.8 points per game (17th) while the Birds’ uninspiring defense ranks 28th in points allowed (26.7 ppg). Quarterback Sam Bradford has completed 64 percent of his passes with 17 touchdowns this season but has also tossed 13 interceptions. Big-name free agent acquisition DeMarco Murray leads Philly’s rushing attack with a modest 633 yards and five touchdowns.

Why Bet The New York Giants Odds at -3.5

Because the Eagles have even more franchise problems! The New York Giants have lost two straight and five of their last six games including their emphatic 49-17 beatdown at the hands of Minnesota last weekend. The G-Men are ranked sixth in scoring (26.0 ppg) but have a generous defense that has allowed 27.1 points per contest to rank 30th in the league. Still, veteran quarterback Eli Manning has had a solid season by completing 63.1 percent of his passes with 33 touchdowns and 14 interceptions. Elite wide receiver Odell Beckham Jr. has caught 91 passes for 1,396 yards and 13 touchdowns as he returns from his one-game suspension. New York’s superstar wideout says he’s learned a valuable lesson. “I’m happy to be back,” Beckham Jr. told reporters. “It was tough not being able to be here with my teammates. “I think sometimes you don’t realize how fortunate you are to do this, that sometimes you may take it for granted and be like, ‘Oh, I don’t want to go into work.’ Just having some time off and being able to sit back, you really miss it, miss being here, and I’m definitely happy to be back.” 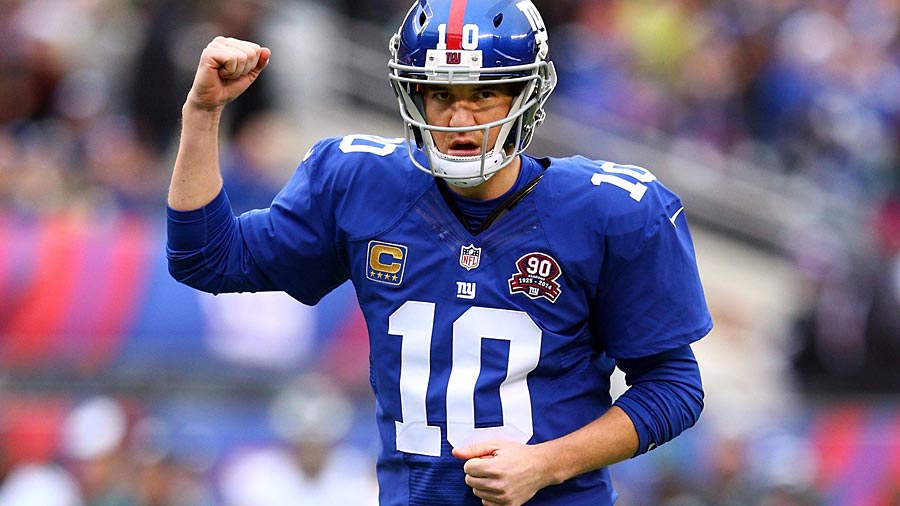 With both of these teams consistently underachieving, I say the best bet is to avoid wagering on either team and play the Over against the game’s O/U Total. The Over is 5-0 in the Eagles last 5 games against their NFC counterparts and 4-0 in their last four road games against a team with a losing home record. The Over is also 5-1 in the Giants’ last six home games and 7-2 in their last nine games overall. Last but not least, the Over is 5-1 in the last half-dozen meetings between these rivals when they play in the Big Apple. My final score prediction is Giants 28 Eagles 27
Older post
Newer post