NFL News and Rumors
Last week, ESPN conducted a survey of more than 100 players in the National Football League, and when they were asked if NFL commissioner Roger Goodell should continue to decide discipline, 88 percent came back with  a simple “No.” When Judge Richard Berman slapped down Tom Brady’s suspension last Thursday, that idea no doubt becamestronger also for NFL betting fans.

In the wake of that ruling, there is a major push for the NFL to implement some changes and transform the way it handles discipline. Currently, Goodell has more latitude than any other commissioner in the major sports leagues when it comes to dishing out discipline and dealing with appeals. Berman is just one several arbitrators and judges to decide that Goodell has gone past even the wide boundaries that the Collective Bargaining Agreement gives him – and the players seem to agree. In the same poll, 72 percent of the players said that they believed that the Patriots organization had done something that would deflate footballs during their victory over the Colts in the AFC Championship. About 68 percent said that they believe other teams also monkey with footballs from time to time, and about 42 percent came out believing that the Patriots organization is generally one that condones cheating.Given these high numbers, the fact that so many do not want Goodell handling discipline indicates that he has lost the trust of the players in the league. Here are the complete results from ESPN’s 13-question survey: 1. Do you think the Patriots deflated footballs? Yes: 72% No: 28%2. Yes or No: I am upset with the Patriots for allegedly deflating footballs. Yes: 16% No: 84%.3. Yes or No: I think the Patriots are cheaters. Yes: 42% No 58%.4. Do you think deflated footballs impact the outcome of games? Yes: 48% No 52%.5. How many games should Tom Brady have been suspended for: Average answer: 1.5. 4+ games 3%. 4 games: 19%. Fewer than four games: 78%.6. Will the Patriots still make the playoffs even with Brady missing four games? Yes: 85% No: 15%.7. Yes or No: I’m still mad about SpyGate. Yes: 20% No: 80%.8. Should player discipline be decided by Roger Goodell? Yes: 12% No: 88%.9. Yes or No: I think other teams illegally tamper with balls. Yes: 68% No 32%.10. What is the most common form of cheating on the field in football? Holding (55% — most popular response).11. What is the most outlandish form of cheating you’ve witnessed in a game? Cheap shots (52% — most popular response)12. What percentage of players do you think cheat in some way on the field?30% (average answer)13. Do you think players on your own team cheat? Yes: 29% No: 71%. 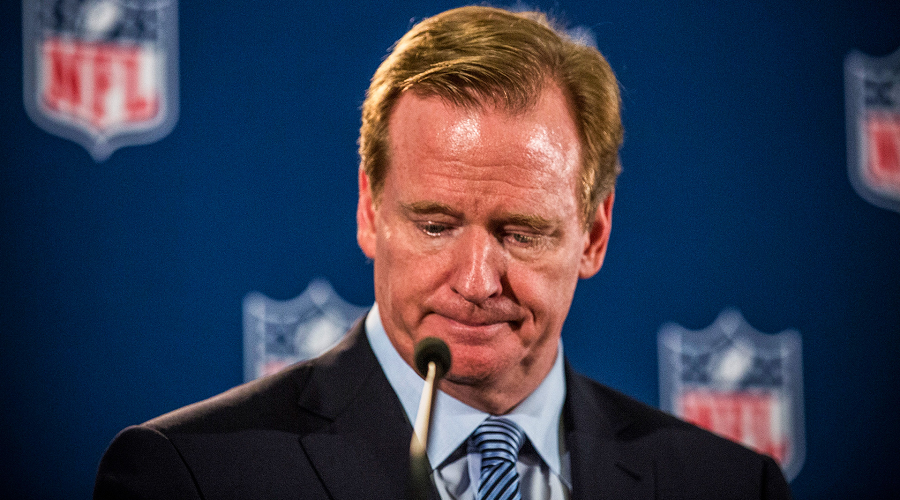