NFL News and Rumors
Even though the preseason games have yet to get underway, that doesn’t mean that we can’t spend some time predicting the winners and losers in each division. As the season gets underway, some of these teams will rise above what we thought – and others will drop. In a league with as much parity as the NFL, the only certainty is that there will be surprises every NFL betting Sunday. 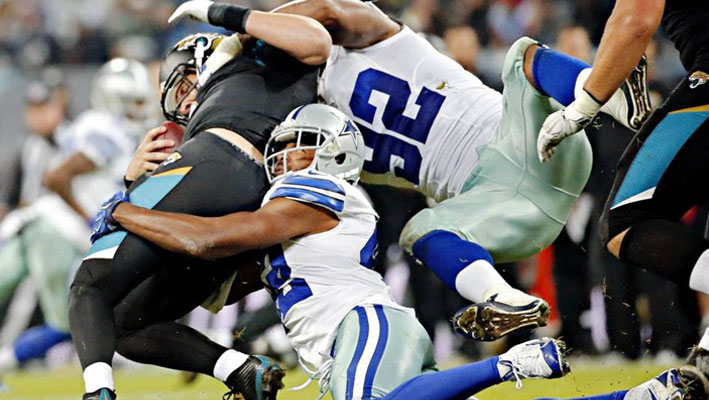 This really depends on the outcome of three questions: Can the Cowboys recover from losing all of those players on a defense that wasn’t that great to begin with? Can the Cowboys use a committee to run the ball? Will Sam Bradford live up to his promise and lead a dynamic Eagles defense? It was clear last year that when the Cowboys’ time of possession got too close to even (30 minutes) with the other team, that some holes would appear in their defense. A lot of people thought that Dez Bryant should have gotten credit for that catch near the goal line against the Packers in the divisional playoff game, but if the Cowboys had been able to get a stop on the Packers in any of the drives after that, they still had a chance to win. DeMarco Murray called Eagles coach/GM Chip Kelly to get a raise since Jerry Jones wasn’t going to give him one in Dallas, so it will be interesting to see how a group involving Darren McFadden and Joseph Randle will do. Given the question marks around Sam Bradford, I’m picking the Cowboys to emerge from this division. 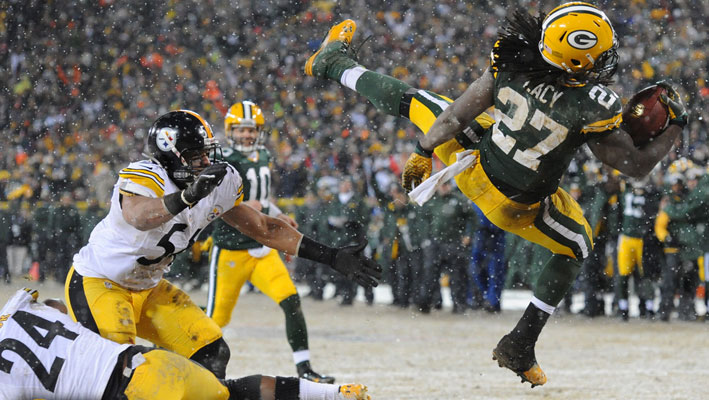 Detroit has a stout offense with an even more mature Matthew Stafford calling the signals and even a declining Calvin Johnson catching the ball with Golden Tate on the other side of the formation. The defense will struggle a bit to replace the pass rush strength of Ndamukong Suh, who is now a Dolphin. The Packers return virtually everyone from their NFC Championship squad, and having one of the best quarterbacks in league history in Aaron Rodgers doesn’t hurt one bit. 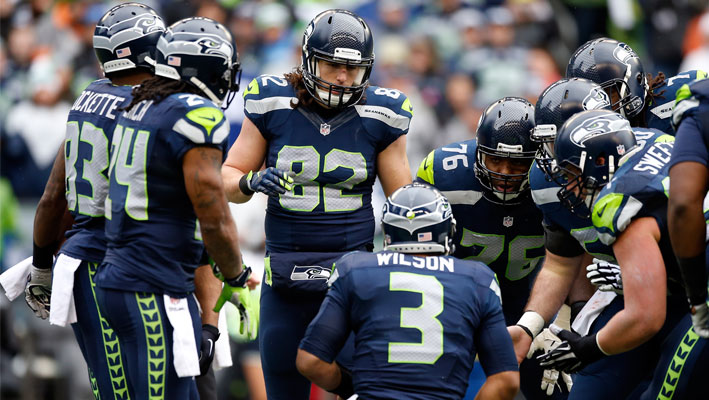 The Rams are still an up-and-coming team that could coalesce well behind the leadership of Nick Foles…or could fall to 4-12. The Cardinals could pose a major challenge with the return of Carson Palmer, but the ironclad defense in Seattle, combined with the solid running of Marshawn Lynch, will make this a team to fear in the division. 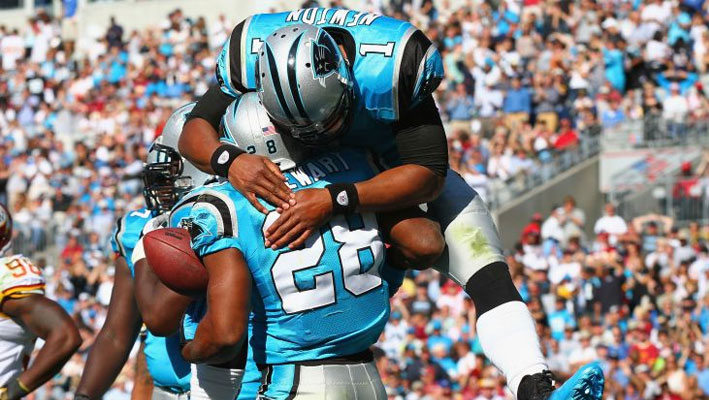 The New Orleans Saints should rebound and have a significantly better season, which means that the Panthers will have to up their game and win at least 10 or 11 games to come away with the division title. However, the emergence of Cam Newton this past season, combined with a stout defense, makes the Panthers an early favorite to win this division for the third straight year. 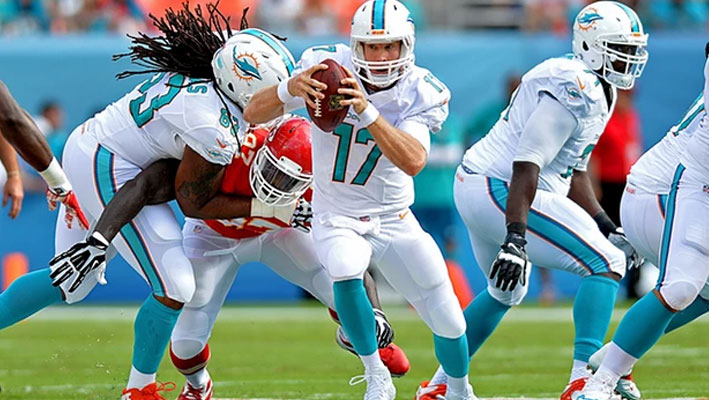 What’s the asterisk for? Tom Brady currently faces a four-game suspension to start the season, and that suspension features some tough games (opening at Pittsburgh and heading to Dallas in Week 5 after the bye). This team could easily be 1-3 or even 0-4 when Brady returns to the lineup. That’s a huge lead to spot the rest of the division. Miami has a talented quarterback in Ryan Tannehill and has brought in Ndamukong Suh to spearhead the pass rush. While all four AFC East teams will be tough, as long as Brady is missing this much of the season, the Dolphins will win the division. 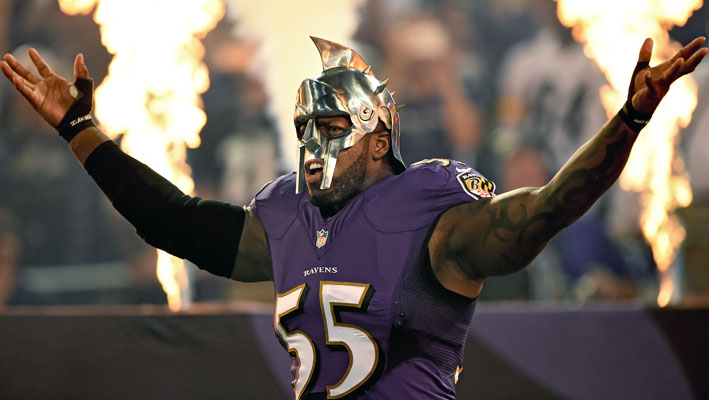 Joe Flacco remains underrated despite his playoff heroics, as he may have the best pure arm in the AFC. Cincinnati and Pittsburgh will make tough opponents, but expect the Ravens to win the division. 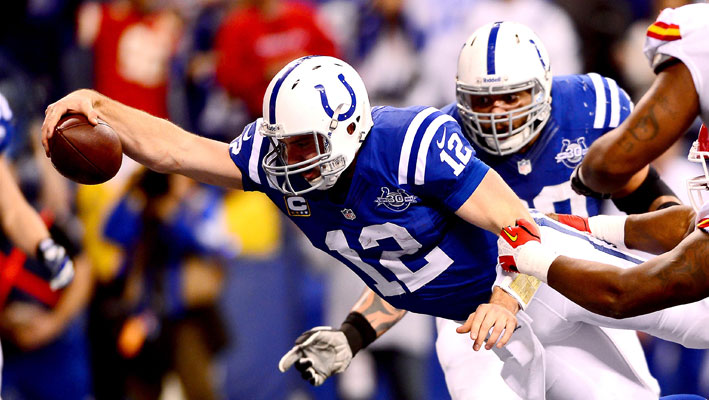 This is a very easy division, with Tennessee and Jacksonville serving up four wins to the other two teams in the division. With the Texans putting their quarterbacking trust in the hands of Brian Hoyer, this is definitely the Colts’ division to lose. 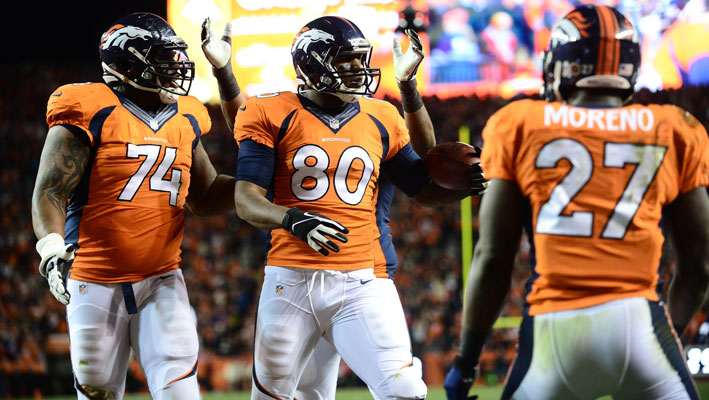 Peyton Manning will return to spearhead a strong Broncos’ attack, now that Demaryius Thomas has inked a long-term extension. The other three teams in the division aren’t quite strong enough to knock off Denver…yet.  Sources:CBSSports.com: http://www.cbssports.com/nfl/players/playerpage/187741/tom-bradyESPN.com: http://espn.go.com/nfl/player/_/id/13216/demaryius-thomas
Older post
Newer post