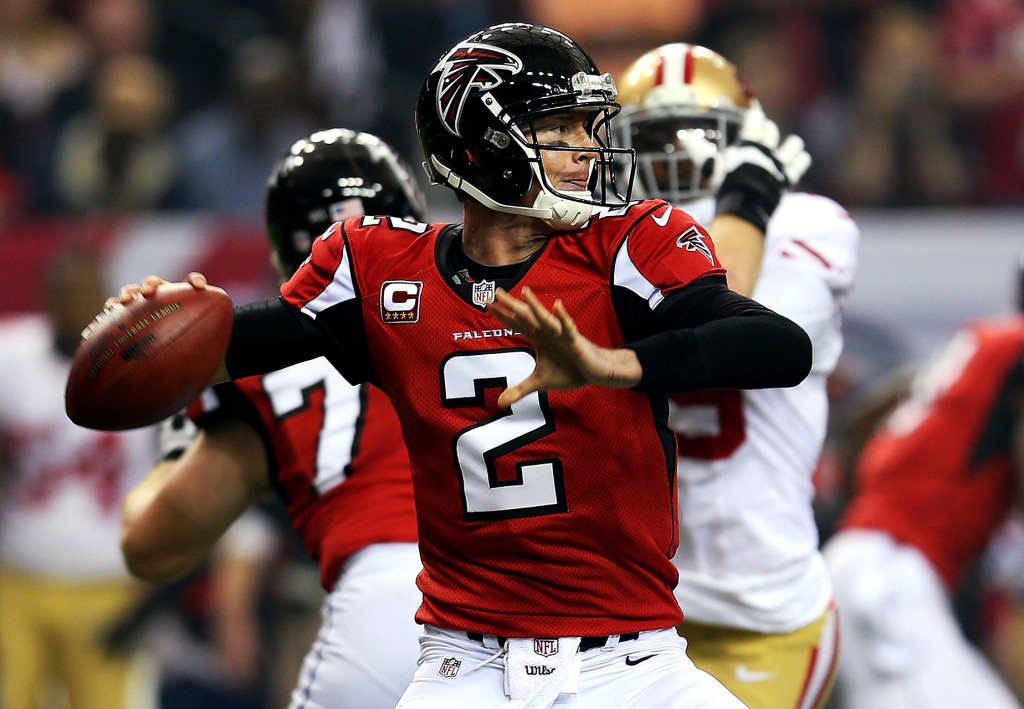 NFL News and Rumors
The Tampa Bay Buccaneers will be heading to the Georgia Dome for a nationally televised game against the Atlanta Falcons on September 17. This Thursday night game will air across the country on CBS and the NFL Network. This is expected to be a very prominent matchup as it is, so lets review some of the NFL betting predictions for this game.

A Look at the Buccaneers

The Tampa Bay Buccaneers went 4-12 in 2013 and are hoping to have some stability at the quarterback position. However, Josh McCown may be in the hot seat for much of the year as Mike Glennon is still in the wings. A good part of the Bucs’ success could rise from whether or not running back Doug Martin can return fully from an injury from the past year.

A Peek on the Falcons

The Atlanta Falcons are hoping to make their 4-12 record from 2013 a thing of the past. Matt Ryan is hoping to show that he can continue to make himself a big name in the NFL. While Tony Gonzalez has retired, the addition of Devin Hester to the receiving squad will be a significant help to the team. Hester’s return skills will help as well. Linebacker Paul Worrilow is expected to make a much bigger impact for the Falcons this year.

The Falcons and Buccaneers are going to be very interesting to see this coming Thursday. The biggest question about the Falcons is if they are able to manage the Buccaneers’ varied defensive skills. The skills that the Falcons have are strong but Lovie Smith has been known for placing more of a defensive emphasis on his opponents. His plans for the Buccaneers are uncertain at this point but it if the team’s moderate defensive effort against Carolina earlier this year suggests, the team may be a little more effective and consistent from a defensive position.The Falcons’ secondary is a threat that could take advantage of the Buccaneers’ passing issues. While Robert McClain does not go after interceptions too often, his efforts on the field are always being appreciated by the Falcons and the team’s fans. The suspect offensive line of the Buccaneers could also give Osi Umenyiora and others on the line a little help with getting closer to the quarterback. This may especially be to the Falcons’ benefit as the running game for the Buccaneers is still rather inconsistent and uncertain at this point.

The biggest key for the game is that the Falcons seem to have a little more stability in terms of its positions. The Falcons have a stronger bit of consistency and regularity than the Buccaneers do. This does not mean that the Bucs are not going to give out some kind of defensive challenge to Matt Ryan and the rest of the Falcons. Expect the Falcons to get a 28-20 victory over the Buccaneers as a slight bit of competition has come about. For additional information on the available NFL game odds for this game, click here.

The biggest question for the Buccaneers this year will involve whether or not new coach Lovie Smith is going to pull the trigger and bring in Mike Glennon. While it might be a while before anyone actually get an answer to this question, it is still a point worth exploring this year.
Older post
Newer post