NFL News and Rumors
The NFC South was a mess last year, and the only reason that the division champion Carolina Panthers won a playoff game was the fact that their opponent, the Arizona Cardinals, had to go with their third-string quarterback. The Saints, Falcons and Panthers spent some or most of the season underachieving, which makes this a difficult division to handicap. However, looking at the career arcs of some of the key players in this division provides some insight as to who is likely to be on top when the regular football betting season comes to an end.The New Orleans Saints are the most talented team in the division, even after the loss of tight end Jimmy Graham, as quarterback Drew Brees is head and shoulders over every other signal-caller in the NFC South. However, they lost a little of their swagger last year, as they especially showed with their lack of dominance in the Superdome. Based on 2014 win percentage, they have an easier home schedule than 30 of the other teams in the league. Even so, they will finish 9-7, just out of the playoff race.

Before Training Camp starts, what @Panthers questions do you want answered? Use: #PanthersCampCountdown. pic.twitter.com/OWRLVuHemI

The Carolina Panthers are the defending division champs, and they are returning 10 of the 11 defensive starters in a unit that ranked #10 in the league. Nine of 11 offensive starters come back, and this is a team that finished by winning five of their last six games. Their schedule has the 27th least difficulty in the league. This team will finish 11-5 and win the division for the third year in a row.Tampa Bay has a terrific nucleus for a defense, building around linebacker Lavonte David and defensive tackle Gerald McCoy. It will be interesting to see if they begin the season using Jameis Winston at quarterback fresh out of FSU or if they keep Mike Glennon at the controls while Winston learns his way in the NFL. Either way, they should be closer to .500. I’m predicting a 7-9 finish for the Bucs. 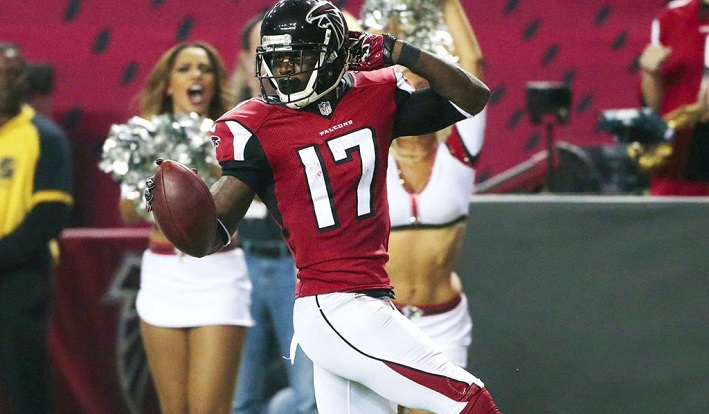 Perhaps the biggest question mark in the NFC South is in Atlanta, as the Falcons bring in new head coach Dan Quinn. A defensive coordinator by trade, Quinn is likely to shore up what has been an iffy unit in Atlanta but is also more likely to be conservative with his offensive approach. The Falcons get a soft schedule, with eight teams on the slate that finished under .500 in 2014, but things could still be a challenge. The team opens on a Monday night against Chip Kelly’s Philadelphia Eagles. The way that the Falcons handle the modified Blur offense in Philadelphia will be a big test at Quinn’s improvements on defense. Within the division, the Falcons should be able to go over .500, particularly if the Buccaneers roll with Jameis Winston as their starter. With Matt Ryan and Julio Jones on offense, the Falcons can hang with just about anyone. Their defense has been their Achilles heel, but with Quinn on board it should improve. I’m predicting a 9-7 finish for the Falcons, but on the outside of the playoff race.Sources:Wikipedia.org (https://en.wikipedia.org/wiki/Lavonte_David)ESPN.go.com (http://espn.go.com/nfl/player/_/id/11237/matt-ryan)
Older post
Newer post