NFL News and Rumors
The Jaguars will hit the road to take on the Giants in a Week 2 preseason play that is anticipated to be full of great football showdowns, as both teams battle for better results and build momentum ahead of regular season. The Jaguars will be hoping to continue their good run from their opening game, delivering an NFL betting upset against the Giants who will be playing in their backyard. Conversely, the Giants will be looking to overturn their poor start to the preseason games before their home fans. Read on for a preview of this matchup.

Betting on the Jaguars 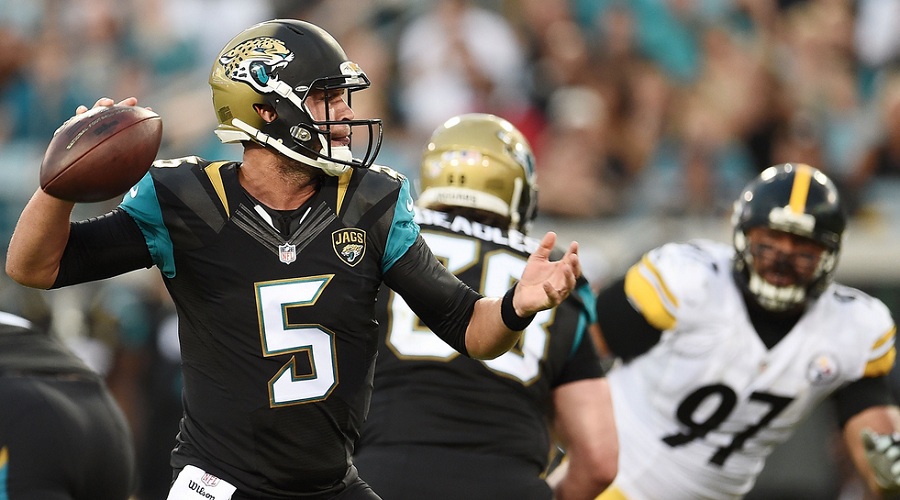 Following their surprising 23-21 win over the Steelers in their first preseason game, the Jaguars will be aggressive for another victory against the Giants on Saturday. Second-year QB Blake Bortles was impressive for the Jaguars, as he completed 11 of 15 pass attempts for 118 yards and a rushing TD. Furthermore, he appeared relaxed than in his rookie year and showed great command of their new offensive system under coordinator Greg Olson. Meanwhile veteran QB Chad Henne was also amazing, as he completed 90 percent of his passes and a TD. Evidently, the Jaguars QB production was exciting and should motivate both players to impress in Saturday’s matchup. 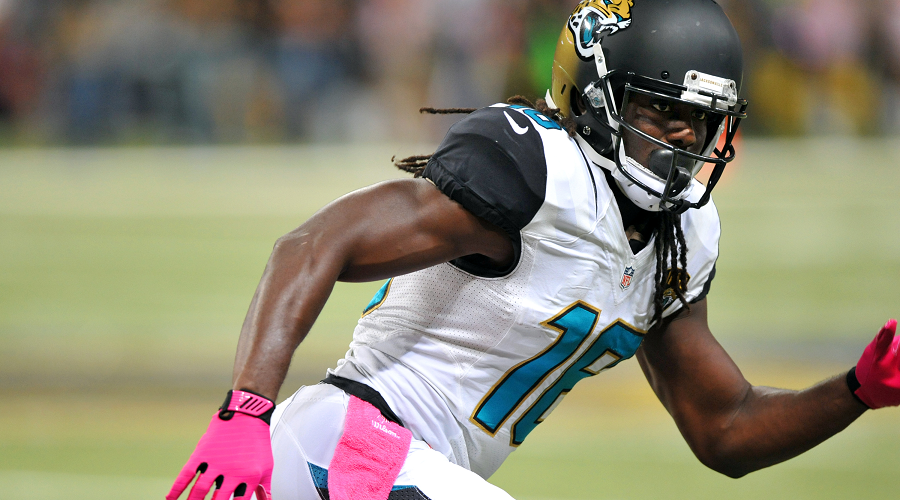 Not to mention, Denard Robinson recorded 22 rushing yards on four carries, whereas Clay Harbor registered 35 receiving yards with a TD, which should offer the QBs serviceable offensive options. Also, Marqise Lee and T.J. Yeldon are both expected to make their preseason debut in this game, with Julius Thomas also listed as probable for the clash. 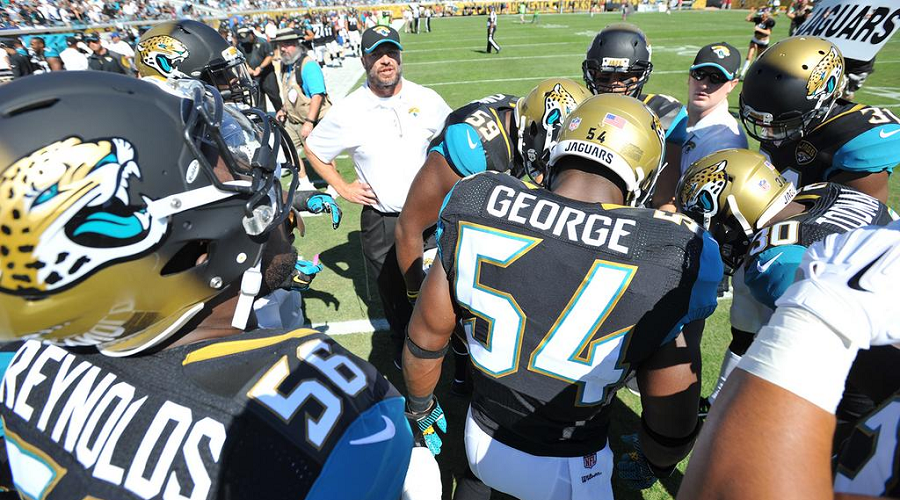 On the other side of the ball, Jeremiah George stepped up and led Jacksonville with five tackles, while Nordly Capi recorded two sacks. In addition, Josh Evans had a tackle for loss. These defensive players will face a tough test against Eli Manning and the Giants on Saturday, but after holding their own quite well last week, it wouldn’t be a surprise if they similarly impress when playing in New York.

Betting on the Giants 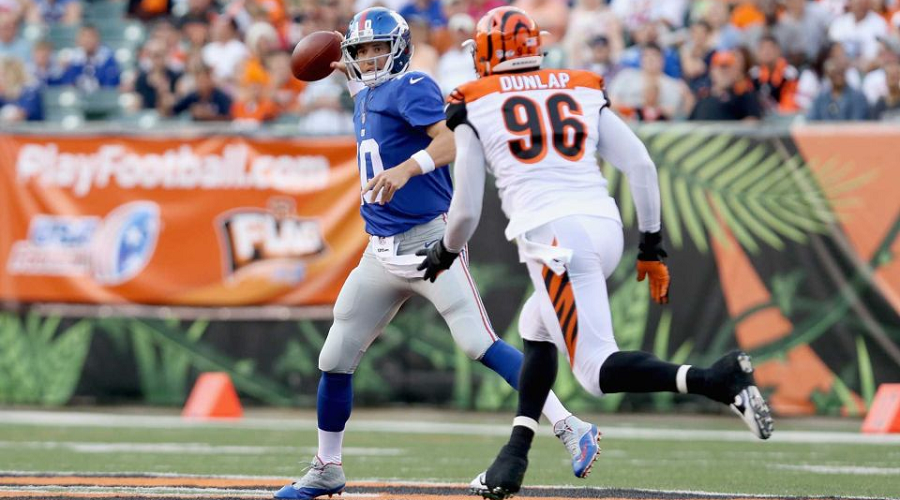 Having lost 23-10 to the Cincinnati Bengals in their preseason opener, New York will be battling to avoid a second straight loss, this time round in their home field. Offensive, Ryan Nassib had 79 passing yards on 18 pass attempts, while Eli Manning completed 50 percent of his eight passes against the Bengals. Even though the Giants were not pleased by the production at QB in the previous game, Manning will still not see more play time in this matchup, meaning the backups will need to step up their games. 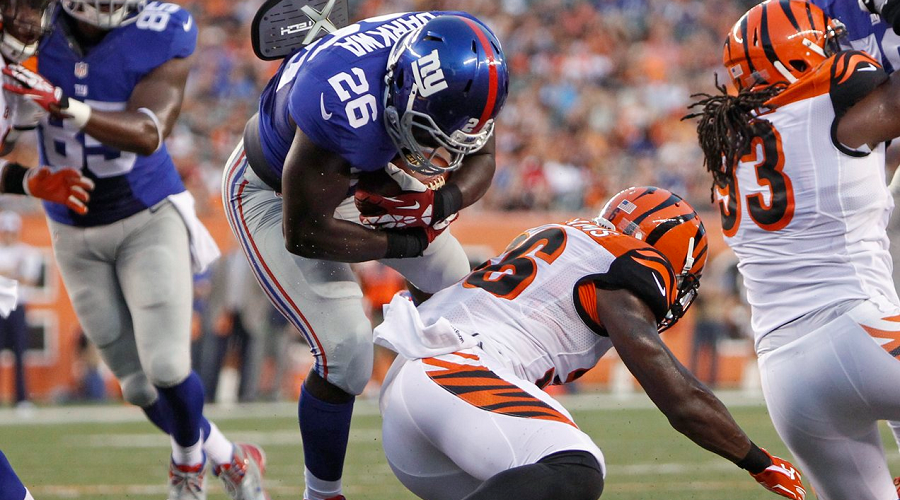 Notably, Orleans Darkwa recorded 52 rushing yards with a TD on nine carries, whereas Julian Talley registered 34 receiving yards on three receptions last week. More notably, the Giants offense will receive a boost this week with the anticipated return of the veteran WR Victor Cruz. Although he might not be on the field for long, Cruz’s return will certainly be worth watching and his presence will lift the morale of the backup players. 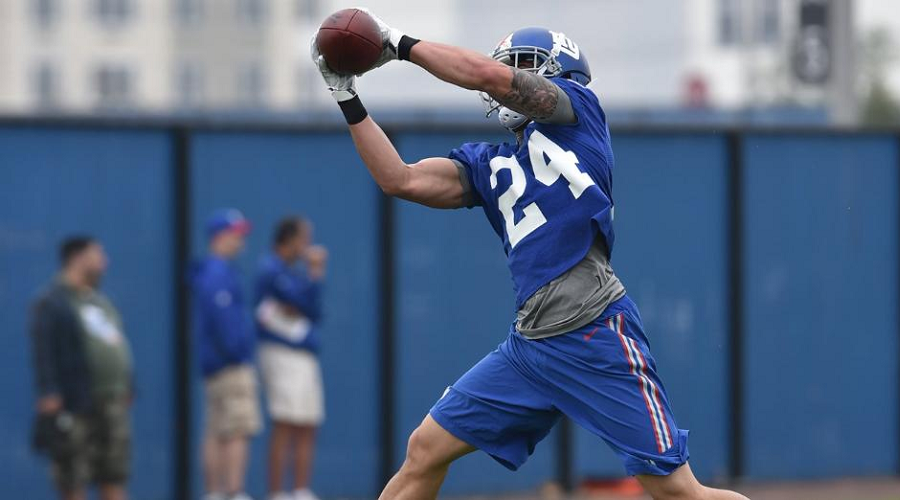 On the D-line, Bennett Jackson led the Giants with six tackles, whereas Trevin Wade recorded three pass deflections and Cooper Taylor registered a sack. The trio will continue to battle it out with the Jaguars offense. The Giants defense is struggling with several injuries, including Dominique Rodgers-Cromartie, Nat Berhe and Jason Pierre-Paul, all who will not be available for this matchup. The players selected for this game must therefore do their best if they are to stop Bortles and his unit.

The Giants have inadequate backup QB depth, a reason they struggled without Manning. Conversely, the Jaguars have enough offensive talent at starting and backup, all eager to prove themselves whenever called upon in the field of play. The Jaguars should thus be able to shock the NFL odds with another win here, though with an UNDER total in an average scoring game.
Sources:Jaguars.com: http://www.jaguars.com/news/article-JaguarsNews/-First-off-the-Field-Jaguars-23-Steelers-21/9fb02487-2cea-425c-91dd-942aba77c6a1NFL.com: http://www.nfl.com/videos/cincinnati-bengals/0ap2000000093131/Giants-vs-Bengals-highlights
Older post
Newer post