NFL News and Rumors
NFL betting fans hate the NFL preseason and they have a great reason to do so. No other sport loses its star players to injury before the season begins. Those were the words of Boston Globe’s Ben Volin upon hearing about the latest setback in Carolina–Kelvin Benjamin suffering a torn ACL during practice on Wednesday. The devastating news about the injury to the star receiver was first reported by Ian Rapoport of NFL.com and later confirmed by the Carolina Panthers website.

“I’m not so sure he can fill the void left by Kelvin Benjamin.” http://t.co/iq8V6eyS3i

Initially, it was supposed the injury would sideline Benjamin for a couple of weeks, but upon further scans by the team doctors, it was revealed that the second-year receiver will miss the entire 2015-16 NFL season. Reportedly, Benjamin “made a cut on a pass route and crumpled to the ground without anyone touching him, immediately grabbing his knee,” according to Michael David Smith of Pro Football Talk. 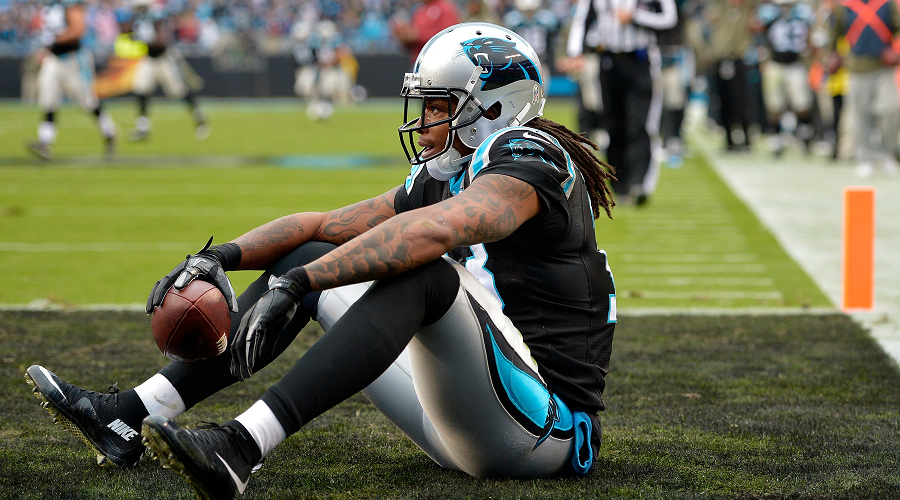 In the aftermath of the injury, Benjamin posted a message on his Facebook page, saying: “Sorry to inform I will be missing this season due to ACL tear. I will keep pounding and be the biggest fan this year.”
During his rookie 2014-15 season, Benjamin was an integral part of the Carolina offense, with his numbers stacking up as follows:
• Targets: 144 (1st among rookies)
• Receptions: 73 (3rd among rookies)
• Receiving Yards: 1,008 (3rd among rookies)
• Receiving Touchdowns: 9 (3rd among rookies)
Undeniably, the absence of Benjamin, who was Carolina’s No. 1 receiver, will definitely be a huge blow to the team, one that is likely to make things difficult for Cam Newton and the entire Panthers offense. Benjamin’s case is just one of the many impactful preseason injuries we’ve witnessed so far. Below are some of the noteworthy injury updates across the league. 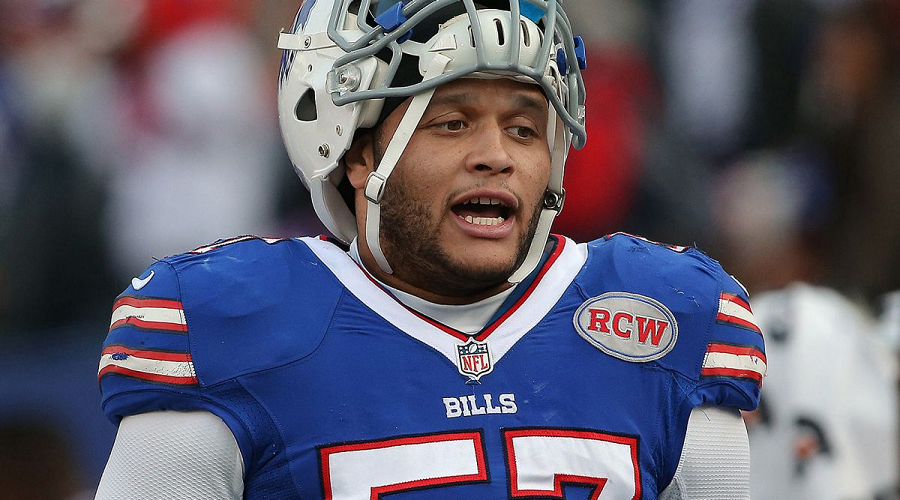 Linebacker Powell (who’s received a lot of praise this offseason for his improved game) possibly tore his ACL on Tuesday and was placed on the injured reserve list. It is yet to be established how long the linebacker will be out, but sources close to the Bills indicate that the third year player could be out for the season. This could be a huge blow to the linebacking corps in Buffalo that have gotten used to Powell’s presence in the team. 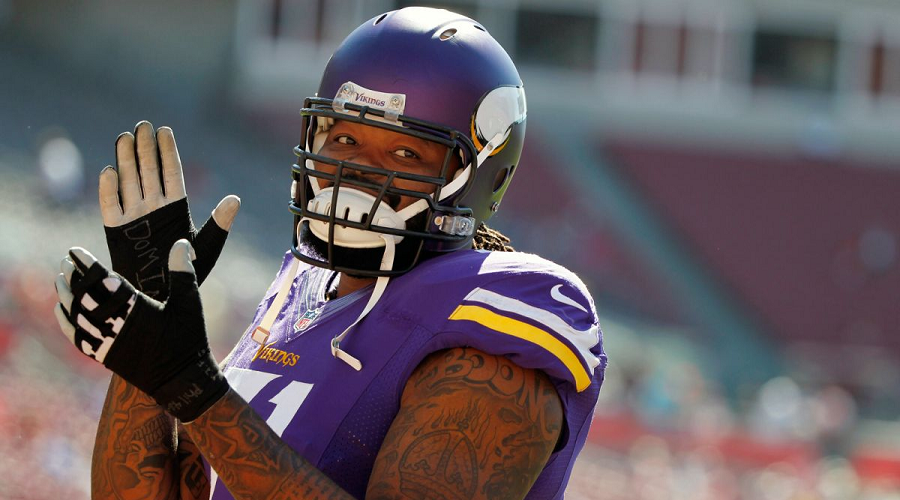 In what could be a huge setback to Adrian Peterson and the productivity of Minnesota’s offense, offensive tackle Phil Loadholt is set to miss the season with a torn left Achilles tendon. The OT limped off the field in the first quarter on Saturday night (in the game preseason game against Tampa Bay) and MRI scans on Sunday confirmed that he was done for the season. Fortunately for the Vikings, rookie T.J. Clemmings is good enough to slide in and replace the veteran serviceably in the starting lineup. 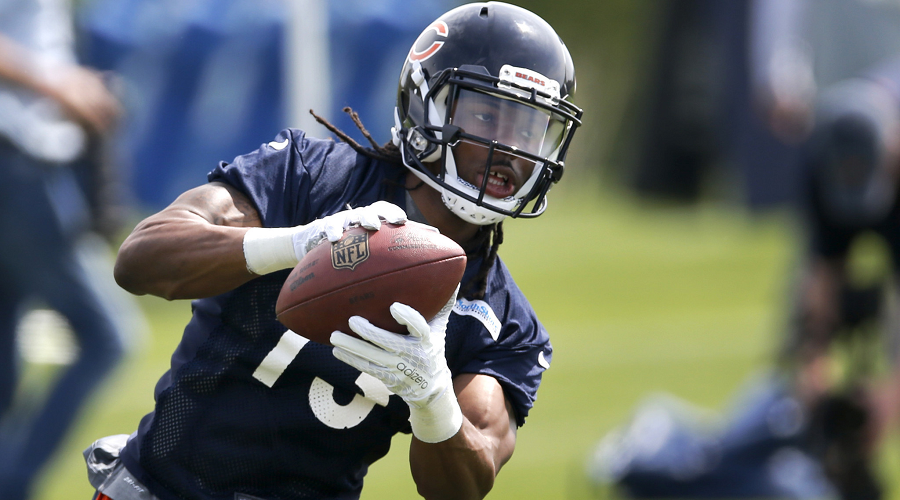 Chicago fans need some serious help in their wide receiving department. After losing their star receiver Brandon Marshall to the Jets and in the offseason and seeing Alshon Jeffery miss on his first preseason game due to a calf injury, it has now been confirmed that their first round 2015 pick, Kevin White, could be out for his entire rookie season. According to the Bears, the No. 7 overall pick will need to undergo a surgery on a stress fracture he sustained in his shin earlier in the offseason. For fantasy football bettors who were high on White, it’s safe to say that you need to find other horse to ride because this White one is going nowhere. 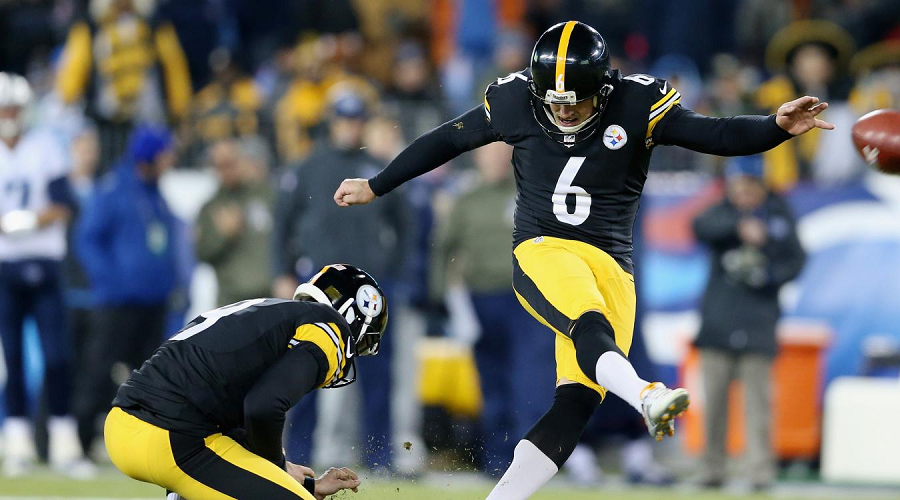 Suisham, a dependable placekicker for the Steelers, will be sidelined for the season after he suffered an ACL injury in the team’s first preseason game last week. 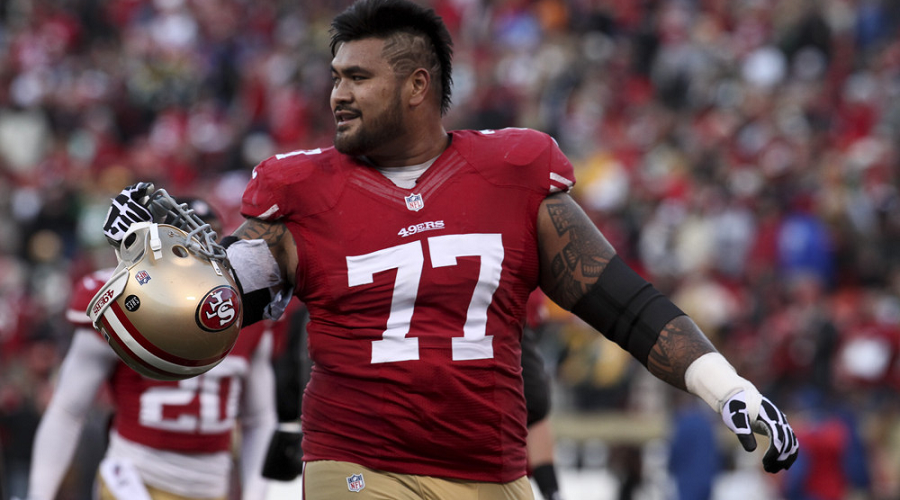 After being acquired by the Cardinals in the offseason to shore up the team’s O-line, Arizona fans will have to wait for at least six to eight weeks to see the 28-year-old guard in action. Iupati, a 2012 All-Pro, reportedly left the team’s practice on Wednesday with a knee sprain and is expected to undergo arthroscopic knee surgery, which will keep him out for up to six months. 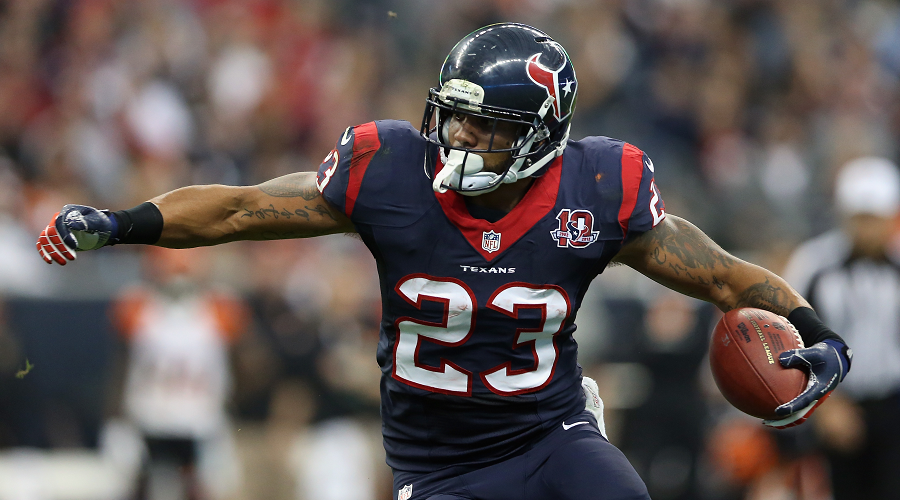 Foster’s injury will certainly hurt Houston’s running back department and cost many fantasy owners decent points. The star running back suffered a serious groin injury that will sideline him for up to the first 10 weeks of the regular season. Added to the team’s already shaky quarterback situation, it is going to mountainous climb for the Texans this season. 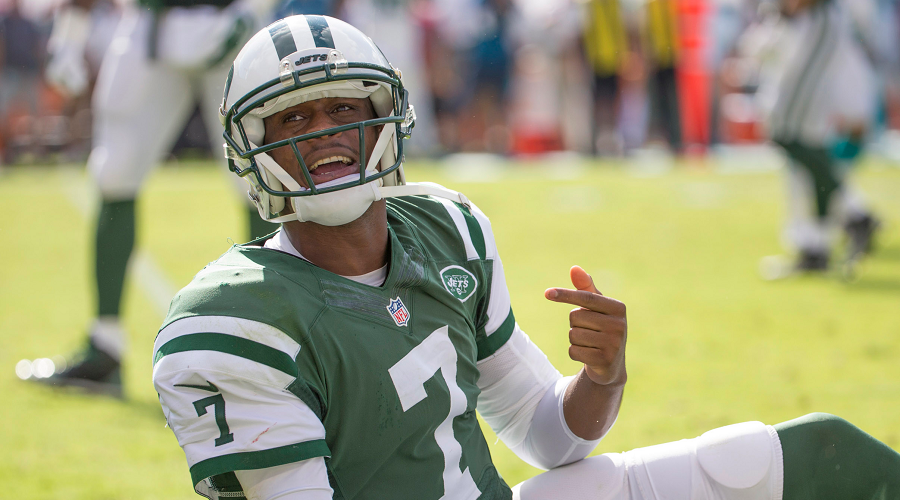 Do we really have to talk about this? Okay, Ikemefuna Enemkpali happened! #nuffsaid 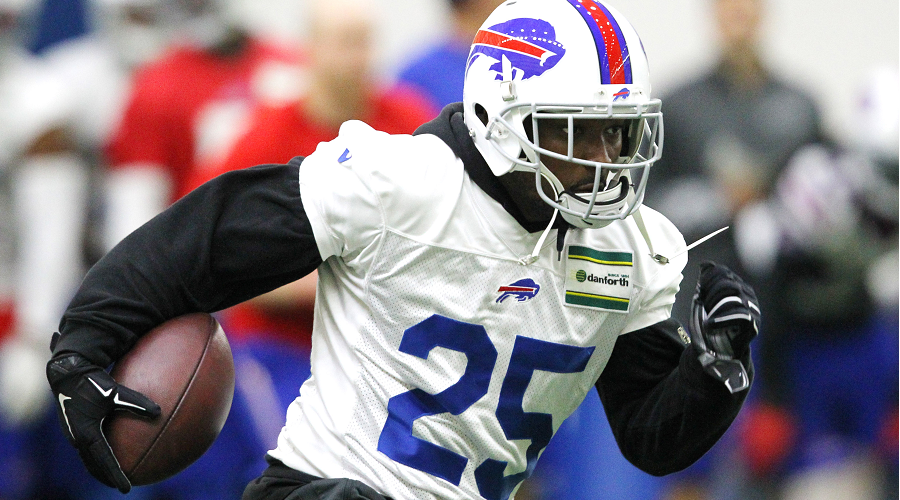 During Tuesday’s joint practice between Buffalo and the Cleveland Browns, Bills star running back LeSean McCoy limped to the locker room with a leg injury, which was later revealed as a strained hamstring. The injury was certainly a shocking one, considering the Buffalo offensive backfield was already missing Bryce Brown, Boobie Dixon, Fred Jackson, and rookie Karlos Williams due to various ailments. The good news for Buffalo fans and fantasy owners that own McCoy is that the running back underwent an MRI and is expected to return to the team in time for Buffalo’s regular-season opener against the Colts, per ESPN’s Adam Schefter. 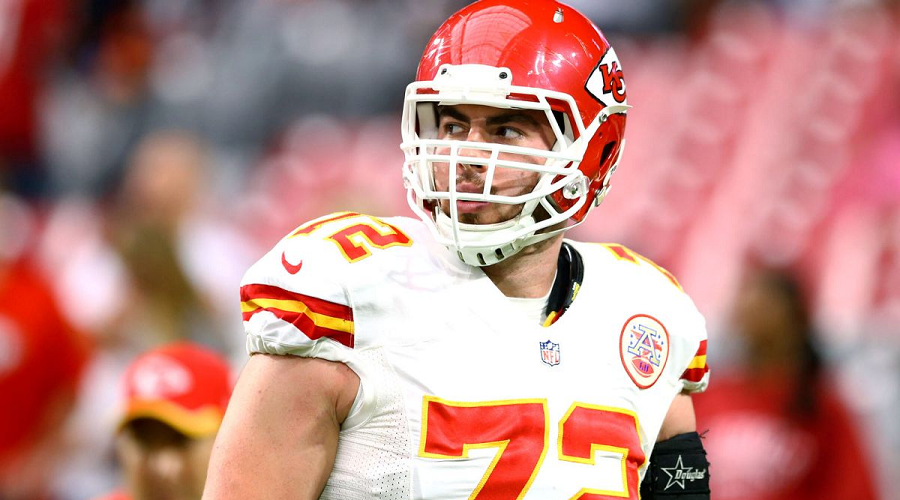 2013 No. 1 overall pick Fisher suffered a sprained ankle in practice Monday and is set to be out of the team for quite some time. A report from ESPN estimates the timeline of his return to be two weeks, assuming his recovery goes as planned. 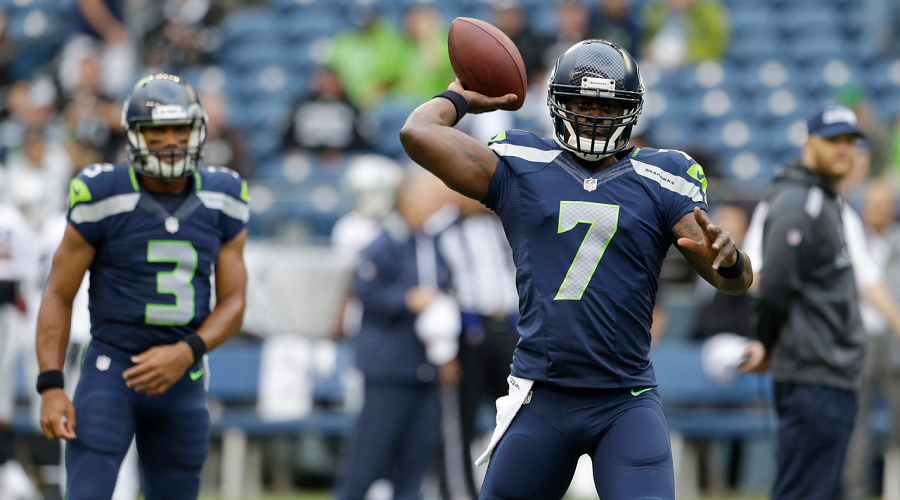 According to Seattle coach Pete Carroll, their main backup QB Tarvaris Jackson suffered an ankle problem that is likely to keep him out for the team for at least two weeks. In the meantime, the Hawks are trying out potential backups, who are likely to feature for the team in Seattle’s Week 2 and Week 3 preseason games. 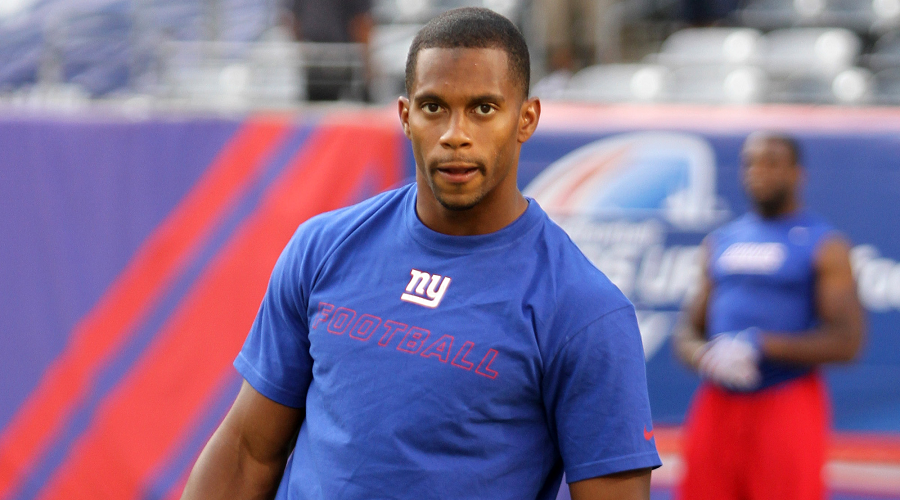 Victor Cruz Ready to Keep it 100: New York Giants wide receiver Victor Cruz declared himself “100 percent” fit to play in this week’s preseason game. Cruz, who tore his patellar tendon a little over 300 days ago, has been undergoing rehab and said on Monday that he feels good in his knees, so fans can expect him to start taking some snaps on the field soon. 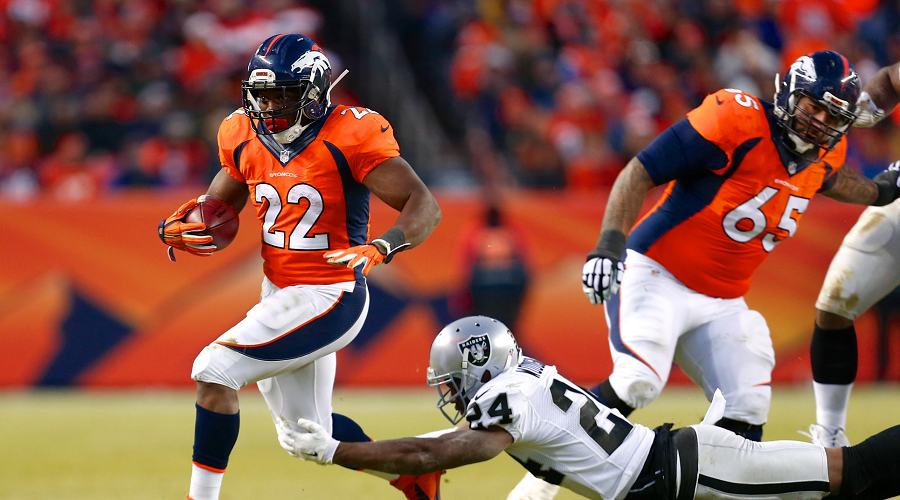 After leaving the weekend game with what looked like a bad injury for the running back, the Broncos reported that there was nothing major to worry about Anderson. As an affirmation, Anderson was seen running and cutting at full speed during Monday practice and has since been doing okay in training.

Devonta Freeman and Tevin Coleman are Healed Up: 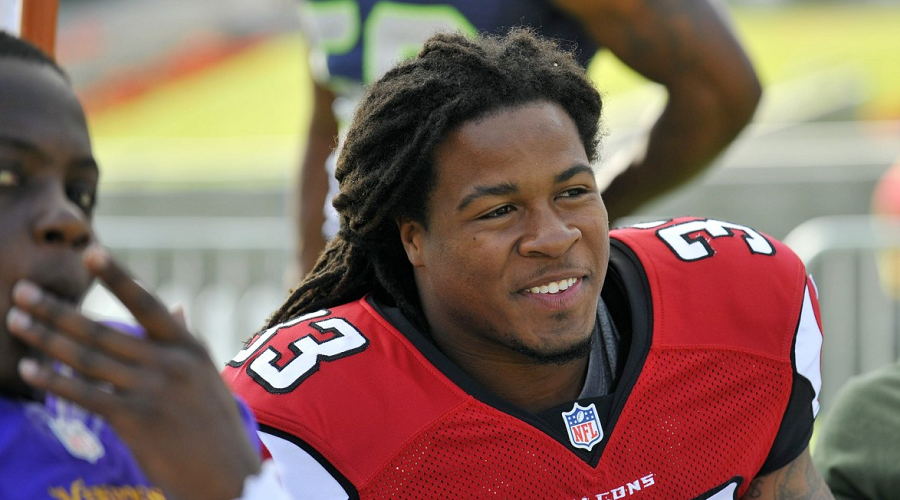 Both Freeman and Coleman have been dealing with separate hamstring injuries, but they both suited up for Monday’s practices. If called upon, both backs should thus be available to feature for the Hawks in this week’s game.

Kenny Stills is Back in Training: 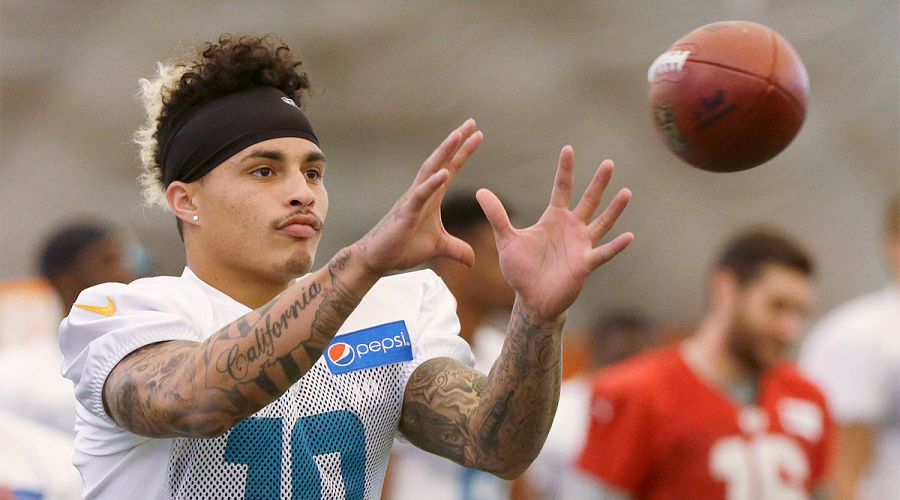 After being kept out of action for most of Miami’s training camp, top deep threat Kenny Stills is back in training. He reportedly practiced with the team on Monday for the first time in training camp.

Clowney is also Back in Training: 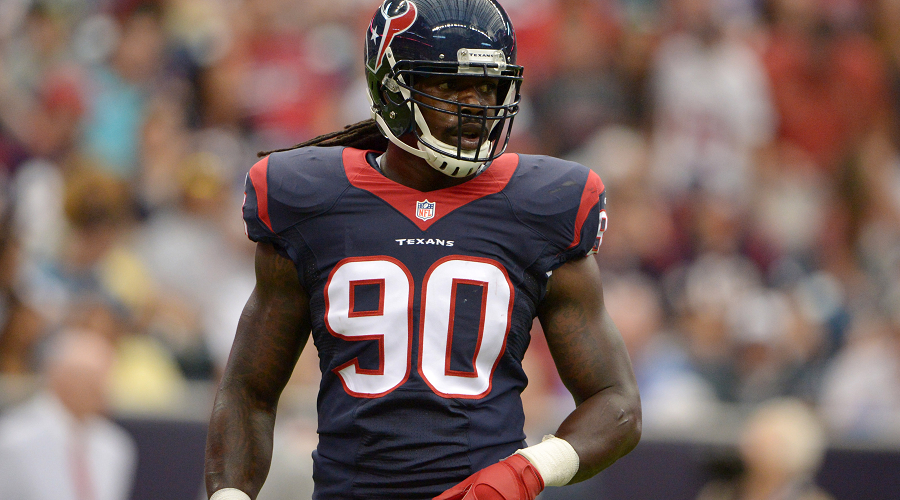 For the first time since undergoing knee surgery, 2014 No. 1 overall pick Javedeon Clowney attended training in the Houston camp. Clowney was so happy about his return after an injury-riddled rookie season that he even begged his coach to allow him to start pass-rushing the QBs. Of course, Coach Bill O’Brien didn’t want his prized possession to get injured again, so he denied the request, stating that Clowney needs to make his transition progressively. Still, if all goes well, then we should be seeing the highly-touted sophomore alongside J.J. Watt and the scary Houston D-line.Sources:Torontosun.com: http://www.torontosun.com/2015/08/19/panthers-benjamin-diagnosed-with-torn-acl-out-for-seasonNBCsports.com: http://profootballtalk.nbcsports.com/2015/08/18/lesean-mccoy-limps-off-the-field-at-bills-practice-with-leg-injury/
Older post
Newer post