NFL News and Rumors
It would appear that all of the major free agency moves have been made, which means we now have a pretty good idea of what each team is going to look like for the coming NFL betting season. We are aware that injuries can hit, rookies can bust, and top guys can have a down year, but that doesn’t mean that we can’t gaze into the crystal ball and take a look at which defenses are most likely to dominate in the coming season.You simply cannot talk about great NFL defenses without mentioning the Seattle Seahawks. You don’t get to consecutive Super Bowls without having a solid backbone, and that is exactly what they bring to the table. This is essentially the same group that has been stellar for the past two years, with the only downside being the loss of coordinator Dan Quinn who headed south to take the Atlanta Falcons head coaching job.

There are still a ton of questions being asked about the New York Jets offense for the 2015 season, but you can’t really question their defense. Darrelle Revis and Antonio Cromartie have been added to the mix, and the Jets were also able to fill a lot of holes with a pretty spectacular draft. They are not going to give up a lot of points, the question is whether or not they can score enough to be truly competitive.The Buffalo Bills defense flew under the radar last season because of their struggles on the other side of the ball. The Bills had the 4th best defense in the league last season, and almost all of the starters are back for this year. The focus for the Bills in the draft and during free agency was to upgrade the offense. It looks as though they have done that, which means the D might actually get the credit it deserves this coming season. 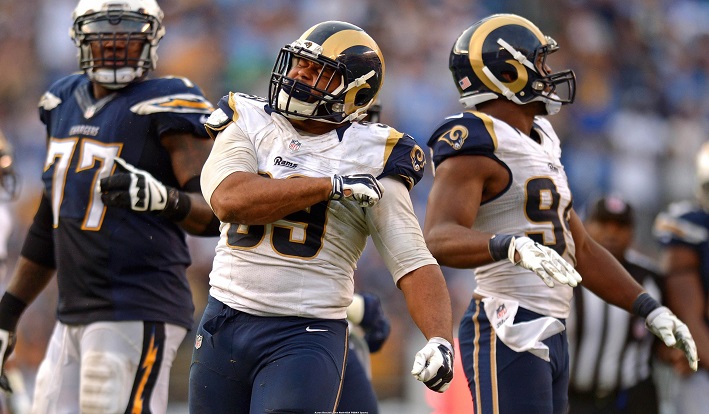 If you like a team that has a defensive line that gets after the opposing quarterback, you are probably going to love the 2015 St. Louis Rams. Aaron Donald won the defensive rookie of the year last season, and is joined by a group that includes Nick Fairley, Robert Quinn, and Chris Long. This is a relatively young group of guys, and they are hungry. Look for the Rams defense to be ball hogs when the new season kicks off.
Older post
Newer post