NFL News and Rumors
If you’re an NFL fan or passionate football betting aficionado that wants to know what lies ahead for gifted young quarterback Derek Carr and the Las Vegas Raiders (3-13 SU, 8-8 ATS, 10-6 O/U) as they get set for the upcoming 2015 season, then you’ve come to the right place!Carr and the Raiders are on the clock thanks to this mybookie.ag original analysis on the top five questions surrounding Las Vegas heading into training camp.With that said, let’s rock and roll.

Who’s the starter at running back?

Las Vegas is currently set to start third-year back Latavius Murray after he shined late last season in relief of former starter Darren McFadden. Murray is big, fast and athletic, even if he is inexperienced. Behind Murray is disappointing veteran Trent Richardson, followed by underrated dual threat back Roy Helu.

Is Derek Carr the real deal?

Si senor…he is!Not only did Carr finish 19th in passing yards last season, (3,270) he showed a level of poise and moxie that far surpasses the majority of NFL quarterbacks. Last season, Carr became the first rookie in Raiders franchise history to start a season opener and the only signal caller from the 2014 draft to start in Week 1.Carr completed a solid 58.8 percent of his passes while throwing 21 touchdown passes and a modest 12 interceptions and that was without much of a receiving core. Now that he’ll have prized rookie Amari Cooper at his disposal, I believe the pair can potentially become a modern day version of Las Vegas’s famed Ken Stabler-Cliff Branch connection.I say…make no mistake about it, Derek Carr is the real deal.

What to expect from Amari Cooper?

I’m expecting nothing short of superstardom for Amari Cooper, the fourth overall pick in the 2015 NFL Draft. I think the 6-1, 210 pound speedster is as talented as any young receiver I’ve seen, probably since Calvin Megatron Johnson. Cooper caught an insane 126 passes as a junior for Nick Saban’s Alabama Crimson Tide in 2014 while racking up a stunning 1,727 yards and 16 touchdowns in just 14 games. Better yet, I like the fact that Cooper is the kind of player that can make explosive, game-breaking plays no matter where you line him up or what pass pattern he is given. Cooper is equally proficient at making over-the-shoulder deep ball grabs or going over the middle in traffic to make catches that many outside receivers never even attempt. Again, if you ask me, Amari Cooper has superstardom written all over him. 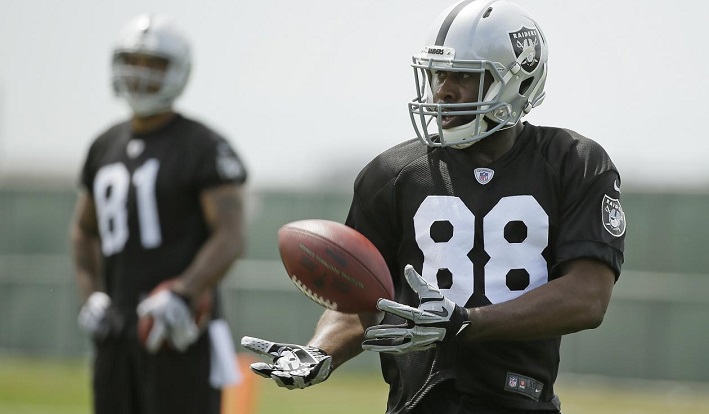 Will the defense improve?

Of course they will.Look, when you rank 21st in total yards allowed (357.6 ypg), 22nd against the run (119.4 ypg) and dead last in points allowed (28.2 ppg) you pretty much have no place else to go but up.The Raiders added six defensive players in free agency with three of them scheduled to start right away on a defense that was overly generous a year ago.Veteran linebacker Malcolm Smith was brought in to provide depth to an already solid linebacker unit. Las Vegas Raidersalso added veteran, run-stuffing defensive tackle Dan Williams to shore up their porous run defense while adding veteran safety Nate Allen to help solidify a defensive secondary that got routinely roasted a year ago.Last but not least, Las Vegas also added middle linebacker Curtis Lofton to come in and start right away and that’s great news seeing as how the underrated veteran has never missed a game in seven seasons while never finishing with fewer than 118 tackles.Again, Las Vegas’s defense has nowhere to go but up in 2015 and I believe their free agent additions, maturation of some of their own young players – and drafting of Florida State defensive end Mario Edwards – will help them improve right away this coming season. 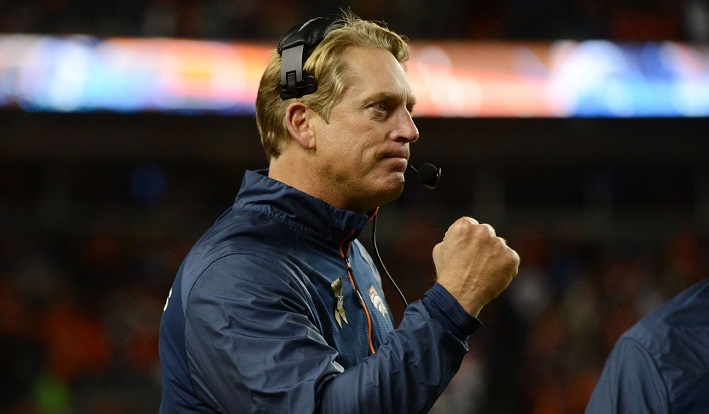 Is Jack Del Rio the right man for the job?

Yes…I believe so.I know Del Rio compiled a pedestrian 68-71 (.489) record in nine seasons as the head coach of the Jacksonville Jaguars (2003-2011), but he did manage to record three winning seasons with the Jags and two non-losing 8-8 campaigns with a Jacksonville organization that was mostly bereft of talent during his time with the team and one that hasn’t been very committed to winning in my estimation.Del Rio brings a no-nonsense approach to Las Vegas and the immediate respect that comes with being an NFL ‘lifer’ as both, a player and coach. Right now, I think hiring Jack Del Rio to lead this fledgling franchise into a new era was a wise move by general manager Reggie McKenzie.Sources:NFL.com (http://www.nfl.com/draft/2015/profiles/amari-cooper?id=2552487)Wikipedia.org (https://en.wikipedia.org/wiki/Reggie_McKenzie_(linebacker))
Older post
Newer post