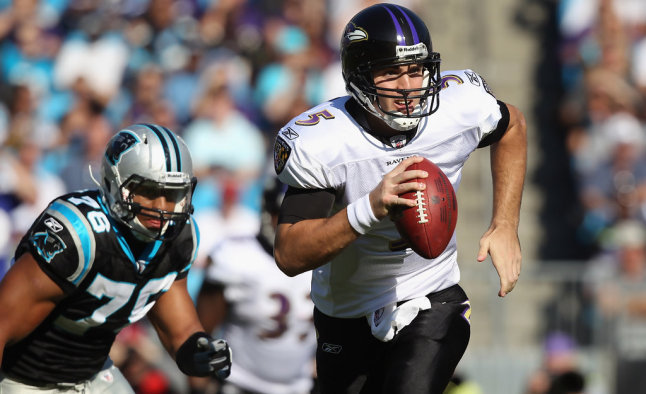 NFL News and Rumors
In 2013, the Carolina Panthers baffled NFL betting fans after putting together an impressive 12-4 campaign, which included a total of 11 wins in their final 12 games of the regular season. This season, they are already off the blocks with a 2-1 record and are tied with the Atlanta Falcons in the leading position in the NFC South. Following their 37-19 loss to the Pittsburgh Steelers in Week 3, the Panthers will be looking to get back to winning ways when they meet the Baltimore Ravens.Meanwhile, the Ravens recorded a second straight win against the spread when they beat the Cleveland Browns 23-21 on Sunday. This result means that Baltimore is 2-1 this season and is tied with the Steelers in position two of the AFC North after the 3-0 Cincinnati Bengals. Since the Bengals won’t be in action this week, the Ravens have an opportunity to match the 3-win record posted by Cincinnati.Game: Carolina Panthers vs. Baltimore RavensVenue: M&T Bank Stadium, BaltimoreDate/Time: Sunday, September 28, 2014, 1:00 PM ET

In the game against the Steelers, the Panthers were awfully absent from the game in pretty much all departments. A poor rushing game resulted in a pathetic 42-yard output on the ground. With not much cover at the back, Pittsburgh made easy runs to cruise into a comfortable victory. Upfront, their offensive line was far from strong. Needless to say, there is need for a change in tact, especially in regards to starting the game strongly and maintaining the tempo to the end.Game Odds:PANTHERS: +3+105, OV 40 ½ -110, ML +160RAVENS:   -3-125    UN 40 ½ -110, ML -180Nevertheless, as they travel to Baltimore, the Panthers can take solace in the fact that they have recorded six wins in their last seven road games. Also, wide receiver Kelvin Benjamin has had a remarkable start of the season leading the team with 253 receiving yards, two TD catches, 15.3 yards per reception and five 20-plus-yard catches. With such a record, plus the support of tight end Greg Olsen, a pass-heavy attack can be well-engineered by Carolina.The biggest news for the match up will be the return of former Panthers receiver Steve Smith who currently plays for the Ravens. After his illustrious career at Carolina, Smith bitterly transferred to the Panthers this off season after he was cut off by the Panthers. Speaking during the ProFootballTalk with WFNZ, the wide out vowed to revenge saying there would be “blood and guts everywhere” when he meets his former team.Unfortunately, veteran tight end Dennis Pitta will not feature in Sunday’s game due a dislocated hip injury he sustained in last week’s win against the Browns. But with players Bernard Pierce, Lorenzo Taliaferro (replacement for former starter running back Ray Rice) and Justin Forsett all expected to participate in Sunday’s game; Carolina’s defense will still be in for a long afternoon.

The 3-point spread on the Ravens shouldn’t be a problem for the team. Though the Panthers brag of a 2-1 record against the Ravens, Sunday will be a memorable day for Steve Smith whose well-jelled chemistry with QB Joe Flacco will steer Baltimore to victory.  The Ravens know how to handle the pressure and having the home advantage will put them in position to cover the NFL spread a and move to 3-1.
Older post
Newer post