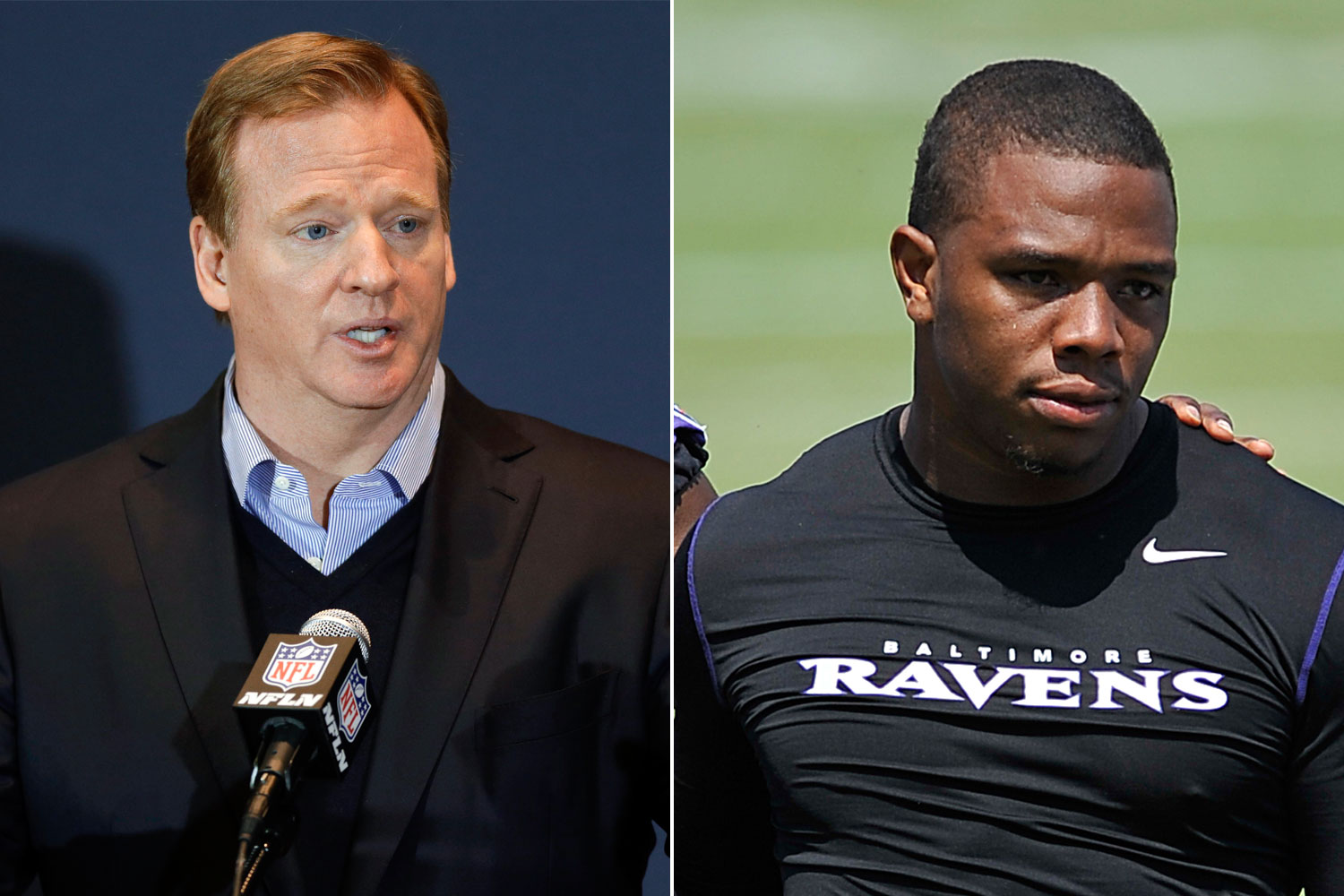 NFL News and Rumors
In the wake of the widespread fallout from the Ray Rice scandal, NFL commissioner Roger Goodell is now facing his own slippery slope as organizations and individuals across the nation call for his firing.Of course, in today’s technologically-advanced times where sports gaming enthusiasts everywhere can almost literally place a wager on every sporting event across the globe, Rice and Goodell have now paved the way for you to cash in on the odds surrounding the possible firing or resignation of Goodell.Having said that, mybookie.ag has both, denounced domestic violence everywhere and come up with some value-packed NFL betting props on whether or not Goodell, the league’s commissioner since 2006, will be fired or resign. A portion of the proceeds will be donated to women’s shelters across America.The Baltimore Ravens will host the Pittsburgh Steelers tonight on Thursday Night Football with Rihanna (who was also the subject of domestic violence) singing the opening theme. Click here for a full game preview.Let’s take a look at these odds and my comments on the likelihood of each scenario taking place.

Well, that depends on which side of the fence you’re standing on.Goodell himself spoke about the massive – and apparently increasing – wave of criticism directed toward him.“I’m used to criticism. I’m used to that. Every day, I have to earn my stripes,” Goodell said in a portion of Tuesday’s nationally-televised interview that aired on “CBS This Morning” on Wednesday. “Every day, I have to, to do a better job. And that’s my responsibility to the game, to the NFL and to what I see as society.”I think the only two ways that Roger Goodell gets fired is if the national media spotlight on this case continues to shine bright long after it should have subdued – or if big-name sponsors start threatening to pull out of the league. Otherwise, I just don’t see the league’s owners getting together to force Goodell out.

Goodell told CBS News earlier this week that he doesn’t believe his job as commissioner is in jeopardy as a result of his handling of the Rice situation. He did however; admit that the league has a domestic violence problem.Asked if he felt his job was on the line, Goodell answered, “No.”However, many others feel differently.Terry O’Neill, president of the National Organization for Women (NOW), has called for Goodell to resign, using Rice’s assault on his then-fiancée as one of numerous examples of where the league has failed with its policy on domestic violence.“The NFL has lost its way. It doesn’t have a Ray Rice problem; it has a violence against women problem,” O’Neill said in a statement. “The only workable solution is for Roger Goodell to resign and for his successor to appoint an independent investigator with full authority to gather factual data about domestic violence, dating violence, sexual assault and stalking within the NFL community and to recommend real and lasting reforms.”Personally, I don’t think Goodell will be fired – and I’m not particularly that he should be – especially after coming out and admitting that he made a mistake in handling this case.

I think the likelihood of Goodell resigning is almost nil.Goodell is a charismatic speaker at knows what to say when he steps in front of a microphone…like the following.“People expect a lot from the NFL. We accept that. We embrace that. That’s our opportunity to make a difference, not just in the NFL but in society in general. We have that ability. We have that influence. And we have to do that. And every day, that’s what we’re going to strive to do.”

Personally, I don’t see Goodell resigning, so this wager looks very attractive from where I’m sitting. The guy’s got an ego the size of Mount Rushmore and loves wielding his broad powers to whatever degree he pleases.
Older post
Newer post