If head coach Andy Reid and veteran quarterback Alex Smith both want to take the Kansas City Chiefs (9-7 SU, 10-6 ATS, 5-11 O/U) to new heights in 2015, there’s one simple catch to solving their most pressing problem. They need some receivers that can actually catch the ball.This in-depth look at the Chiefs and their chances of cashing in on their NFL betting odds will give you the insight you’ll need in order to make a series of smart wagers on the Chiefs all season long. 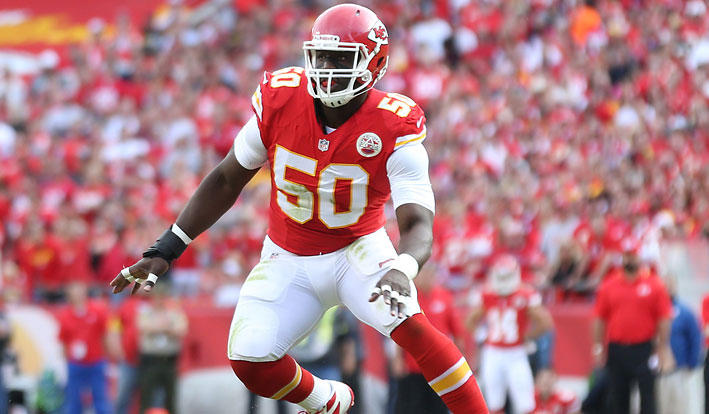 Kansas City took a sizeable step backwards from the 11-win campaign they surprisingly unfurled in their first season under respected head coach Andy Reid in 2013. Still, the Chiefs remained in playoff content until the final few weeks of the regular season and managed to compile a winning record that many franchises probably wish they had.Along the way, the Chiefs got another fantastic campaign from Pro Bowl running back Jamaal Charles. While Charles finished 13th in rushing with 1,033 yards, the versatile superstar was also one of just three backs in the top 40 with an average carry of 5.0 yards or higher, joining Cincinnati’s Jeremy Hill, (5.06) and Baltimore’s Justin Forsett (5.39). Charles added 40 catches for 291 yards and finished fourth in the league in touchdowns scored with 14 scores.

Chiefs QB Alex Smith attempted 5.2% of his passes beyond 20 yards in air, by far the lowest percentage in the league. 2nd: Tannehill 9.0% 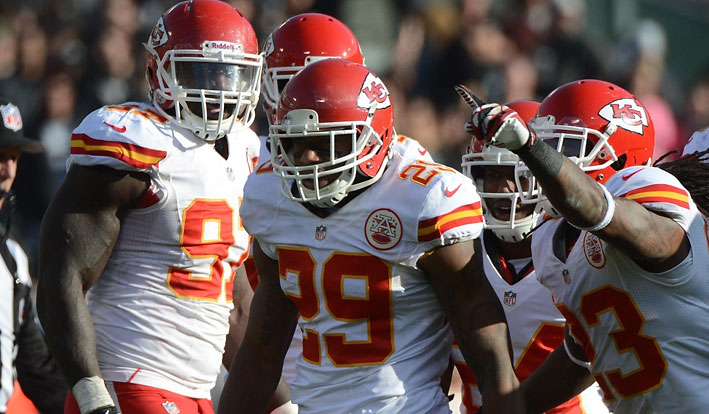 The bad news for the Chiefs lasts season was the fact that the Chiefs were a complete mess on offense last season. Well, everyone but Jamaal Charles that is.Kansas City ranked 25th in total offense (318.8 ypg), a discouraging 29th in passing (198.9 ypg) and mediocre 16th in scoring, averaging a modest 22.1 points per game. The Chiefs also struggled mightily to stop their opponents rushing attacks, finishing a dismal 28th in that category. 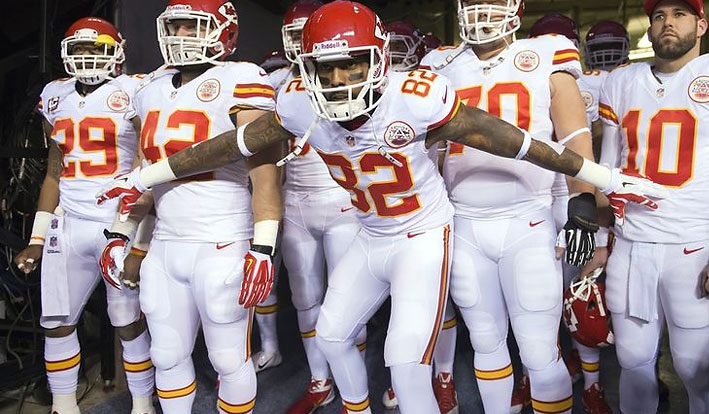 Let’s take a look at Kansas City’s offensive statistics from this past season.

Here is a look at Kansas City’s team defensive statistics. 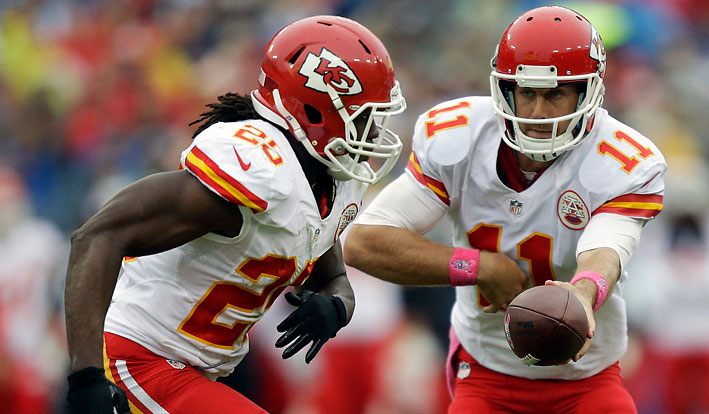 The Chiefs are paying former Pro Bowl receiver Dwayne Bowe like an unadulterated No. 1 wideout when the fact of the matter is that Bowe now looks like a No. 2 option at best. I mean, no elite wide receiver plays an entire season without getting in the end zone right?Bowe caught a mediocre 60 passes for 754 yards and no scores and has a whopping $14 million cap hit the Chiefs will take if they keep him on the roster. K.C. can save five million by cutting the veteran, so essentially, I think Bowe is toast in Kansas City, although it’s possible that K.C. could keep Bowe on a restructured deal that lowers his cap figure.Opposite Bowe, veteran Donnie Avery has never caught more than 60 passes for more than 674 receiving yards in his seven-year career. I’m fully expecting head coach Andy Reid to make a play for veteran free agent Jeremy Maclin first and foremost, followed by guys like Randall Cobb, Eddie Royal or Hakeem Nicks. 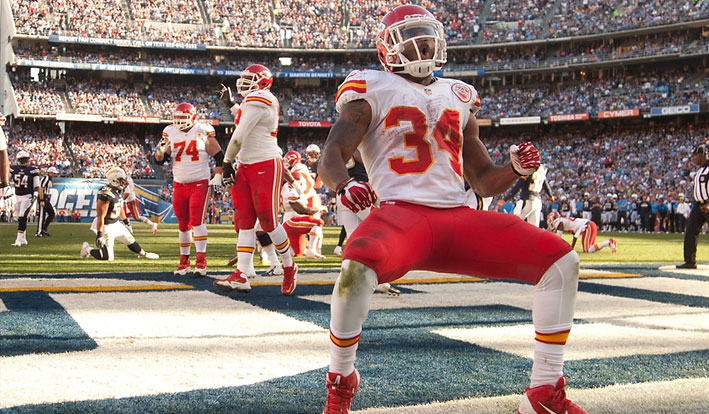 It’s not everyday that you find – and then lose – a cornerback the caliber of perennial Pro Bowler Eric Berry, but the Chiefs have to realize that with Berry facing a far more serious battle against Hodgkin Lymphoma, that they are going to need to address their need at safety.  By the way, MyBookie.ag wants to wish Berry well in his battle.

While Kansas City does have an elite running back and finished a respectful 10th in rushing (119.9 ypg), the Chiefs could undoubtedly use an upgrade or two along the offensive line if they want to both, improve their passing attack and keep aging veteran Alex Smith upright and healthy.Left tackle Eric Fisher, the first overall pick in the 2013 NFL Draft, but he played more like a mediocre undrafted free agent last season, so there’s a bit of concern and rightfully so. The bottom line for Kansas City is that they could use some depth along the offensive line and an upgrade or two to their starting unit, though center Rodney Hudson was phenomenal in 2014. 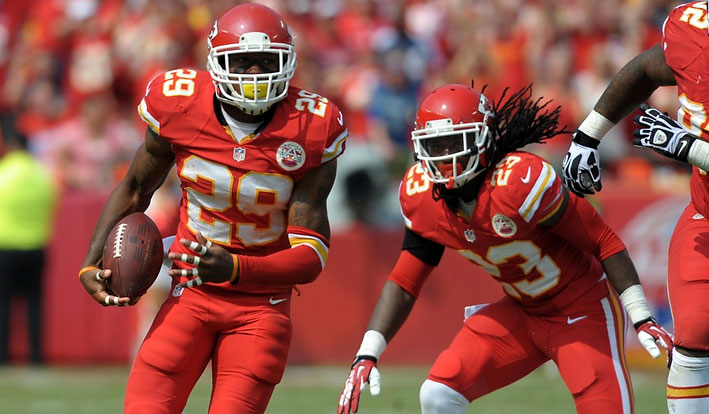 Nose tackle Dontari Poe was fantastic in 2014, but ends, Jaye Howard and Allen Bailey both failed to pull their weight. Linebacker Tamba Hali has made five straight Pro Bowl appearances, but will cost the Chiefs a whopping $11.9 million if he stays. If Kansas City parts ways with Hali as expected, they’ll need a replacement to go along with an upgrade and more depth along the defensive line.

The Chiefs will need to think about bringing in a new safety as a replacement for Eric Berry. Kansas City could go for a player like safety Landon Collins – or they could potentially try to trade up and grab the No.1 receiver in the draft, Amari Cooper. 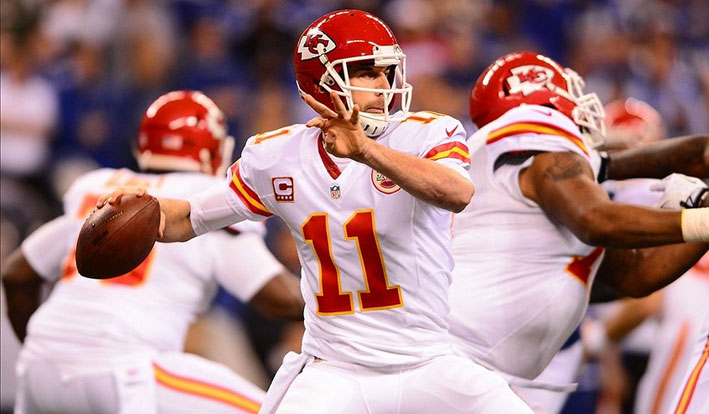 Kansas City Chiefs +5000The Chiefs are tied with Carolina and Atlanta for the 12th best odds to win Super Bowl 50, but since they reside in the AFC,I think Kansas City’s odds of cashing in are better than both of the aforementioned teams.

I believe the Chiefs are going to have a hard time getting past teams like New England, Denver and Indianapolis, not to mention, the perennially powerful AFC North trio of Pittsburgh, Baltimore and Cincinnati.Making things a bit tougher on Andy Reid’s team is the fact they they’ll have the seventh toughest schedule in the league this coming season as they face a bevy of teams whose combined record in 2014 was 139-116-1, (.545).Sure, I guess it’s possible that the Chiefs could surprise and come up with another 11-win season like they did in 2013, but I’m thinking nine wins or 10 at best, is a little more like it, particularly seeing as how they play in a pretty tough AFC West division with two other potential playoff participants. 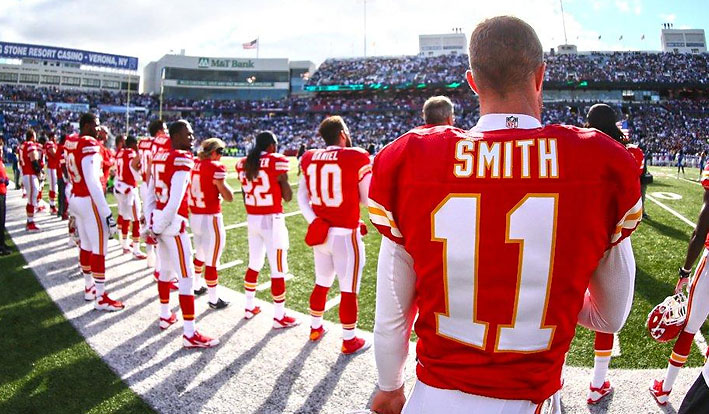 In his 16 seasons as a head coach, Andy Reid has managed to win double-digit games nine times while recording a winning record 11 times and a .500 record or better an impressive 13 times.While Reid hasn’t been able to win the big one just yet, he does generally give his teams a great chance to be successful every season and I see no reason why things should change for Reid and the Chiefs in 2015.I’m going with the Chiefs to win double-digit games in 2015 if they can improve their passing attack and address their handful of needs on the defensive side of the ball.Kansas City Chiefs 2015 Predicted Records: (10-6 SU, 9-7 ATS, 7-9 O/U)
Older post
Newer post