NFL News and Rumors
The 2015 NFL betting season is a little under one month away from getting started, but based on what we’ve seen from college football tapes, the NFL combine, rookie camp, minicamp and now in the training camp, I believe we have enough data to give a representative projection of the players who are likely to become big hits and great impact players in the league. After last year’s rookie wide receivers stunned the league with memorable performances, there is a lot of hope that the 2015 class, including nine receivers who came off the board in the first two rounds, will be able to perform just as highly, if not better. It all remains to be seen if the receivers will live up to the expectation, but barring any major injuries between now and the end of the new season, here are the rookie NFL wide receivers to watch in 2015: 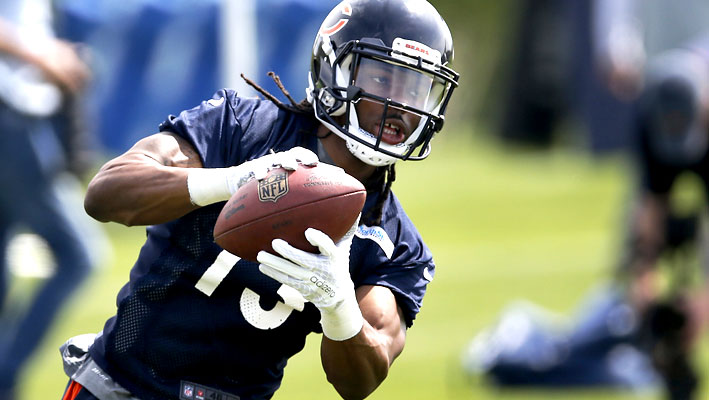 Brandon Marshall gone? No Problem… Kevin White will do just fine! Throughout his college career, White proved that he had a knack for getting down the field and winning the battle for 50/50 balls, and with Marshall traded to the Jets in the offseason, the vacancy looks well set for the rookie to fill in. Of course, White is just returning from shin splints that have sidelined him two months and his participation in the preseason games is under doubt, but if he can heal up fully in time for the new season, he will become a force to reckon with in Chicago’s passing game. I mean, this is a guy who has shown stellar abilities to excel on crossers, basic slants route-running and bubble screens, virtually being able to play all wide receiving roles. Added to his 6’3″, 215-pound size and his proven efficiency (109 receptions for 1,447 yards and 10 touchdowns in 2014 at West Virginia), the Fred Biletnikoff Award Finalist has the markings of a great receiver in the Jay Cutler-led Chicago offense. 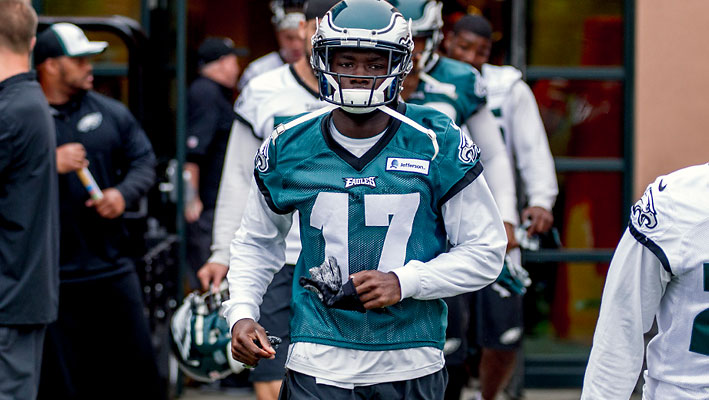 After finishing his junior season in USC with the eight-best catches per game (at 8.0) and 12th-best receiving yards per game in the nation (at 101), Agholor finds himself in Chip Kelly’s high-powered offense, with his new coach looking to use him as a top receiving target like in college. Bearing in mind Jeremy Maclin departed from Philly, the door is wide open for this polished route-runner to run his way into solid game-time, productivity and fan affection in Philadelphia. After Jordan Mathews received his chance in Philly and impressed as a rookie (67 catches, 872 yards and 8 TDs) last year, the ceiling couldn’t be higher for the 20th overall pick, who is arguably more Pro-ready than Mathews was in his rookie year. 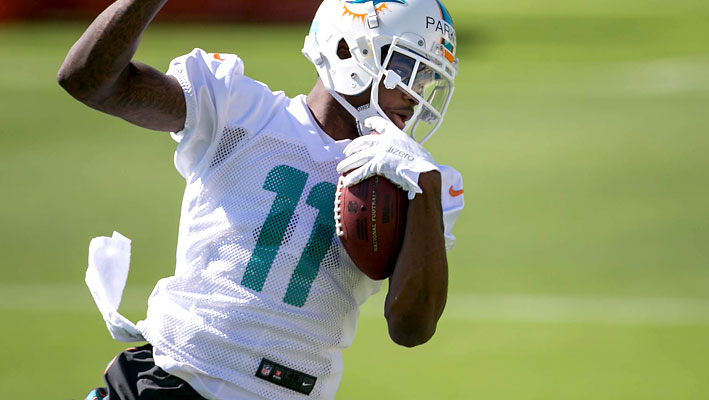 Like White, Parker’s performance in 2015 comes with a big IF. Talent-wise, Parker is a big catch, something that he proved repeatedly in the offseason trainings before undergoing the precautionary surgery that has kept him out of the team to date. Additionally, in his senior year at Louisville, he missed the first seven games because of a foot injury, but was still able to recover strongly, recording 43 receptions for 855 yards with five touchdowns in the remaining games. If he can recover in time for the new season, as prospected by his team, then he will be a key player to watch. This is especially because of his ability to attack the ball at the high point, which could easily make him Ryan Tannehill’s top receiving threat. 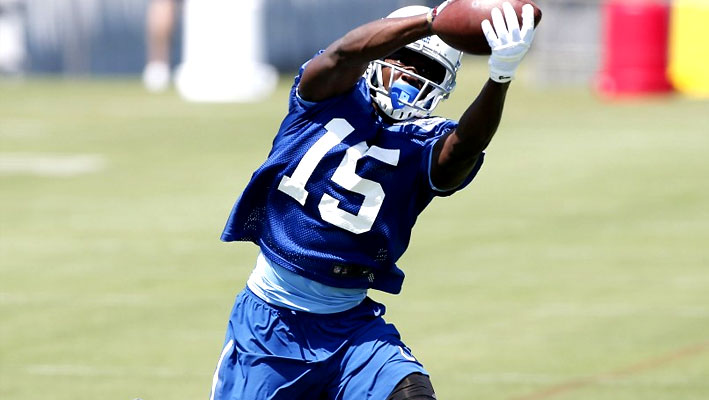 If it is true that speed kills, the Dorsett will be one of the biggest assassins in Indy this year. All you’ve been hearing about his 4.2 speed are true, the guy is superfast and, going by what we’ve been hearing from his teammates and coaches, he could even be better than his fourth-year teammate T.Y. Hilton, a Pro Bowl wide receiver who’s fine-tuned his game over the past three years in the league. Making matters better for him (and worse for his competitors), he knows how to use his speed, his ball-catching technique darn good and his efficiency isn’t bad either. And above everything else, he is not hot-headed with a know-it-all attitude, like most rookies. “He’s an active listener,” Colts offensive coordinator Pep Hamilton said about Dorsett. “He’s done a great job of digesting a lot of information and I think you see the fruits of his labor out on the practice field. He’s making a ton of plays and he’s not just playing in one spot.” Therefore, even though his 36 receptions for 871 yards and 10 touchdowns in his final season in Miami may not be awe-striking like those of some players in this list, Dorsett certainly has the elements to succeed, making him a player to watch in 2015 and the years to come. 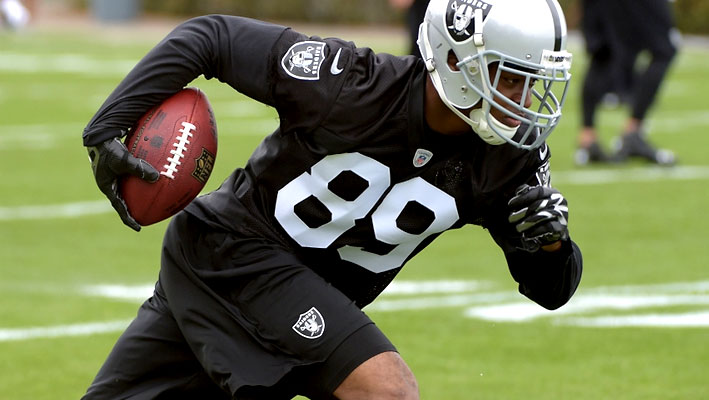 Even with the pressure of everyone knowing him as the No. 1 wide receiver in Alabama (and marking him tightly so that he couldn’t make plays for his team), Cooper still found ways of creating spaces and making huge plays, finishing his final college year with 16 touchdowns (second-best in the nation), 8.9 receptions per game (second-best in the nation) and 123.4 yards per game (third-best in the nation).  Thus far in the NFL, Cooper has been nothing but impressive in training, with everyone singing praises about him in rookie minicamp, minicamp and even training camp. His quarterback, Derek Carr, had this to say about him: “He (Amari) is ridiculous in and out of his breaks,” said Carr via the Oakland’s official website. “His style of play is perfect for this league. He’s good at getting on toes and creating separation. He’s good at when the ball is in his hands making those fast-twitch movements to make a guy go one way so he can take it to the house. It’s just little things that honestly people don’t even notice.” No doubt the tough nature of the NFL, along with the questionable Oakland O-line, is likely to throttle down his numbers from college, there’s no doubt that a big year should be in the books for the first-round Oakland pick, who is guaranteed to play nearly every snap on the field for his team this season.