NFL News and Rumors
For a number of rookies and NFL betting fans, 2014 was a special year, especially for the receiving class that saw a good number of players like Odell Beckham Jr., Mike Evans, Sammy Watkins and Kelvin Benjamin impress the league with awe-inspiring performances. Sadly, in the NFL, just like many other major sports leagues across, the world, being an exceptional player from last year does not extrapolate that you will be a success in the future. Often, factors like increased competition, setting a bar too high to repeat, injuries and playing system can hinder the chances of succeeding like you did in the previous year. The regressions of player performances like Keenan Allen (averaging 96.42 receiving yards in 2013 to 56.72 in 2014) and Justin Blackmon (87.56 receiving yards in 2012 to 33.28 in in 2013) are some of the examples to the propensity for rookie slumps in the sophomore year.So although other players like A.J. Green (Cincinnati) and T.Y. Hilton (Indianapolis) have seen some increased performances from their rookie years, it is important to be wary of the flipside of things where a good year can be followed by a bad one. Having previously tackled the side of 2014 rookies likely to impress or bounce back in 2015, let’s take a look at those ones who are likely to slump:

Arguably, no rookie impressed the league as much as WR Odell Beckham Jr. did in his first year with the Giants. In emphatic fashion, the receiver collected 91 catches for 1,305 yards and 12 TDs in just 12 games with a mind-blowing 70.00% catch rate, a feat that earned him the Offensive Rookie of the Year Award. Looking ahead at his sophomore year, Beckham is already dealing with a hamstring injury, one that sidelined him from training with the Giants in the OTAs and is prospected to limit his training time. Entering a new season with an injury is never a good thing for such a player. In addition, New York’s standout receiver Victor Cruz (who missed most of last year due to injury) is returning to the team and 2015 rookie Devin Funchess from Carolina is also in the mix competing for game time, so Beckham is unlikely to receive as many targets as he did in 2014. With such factors considered, a drop in his productions looks very likely. 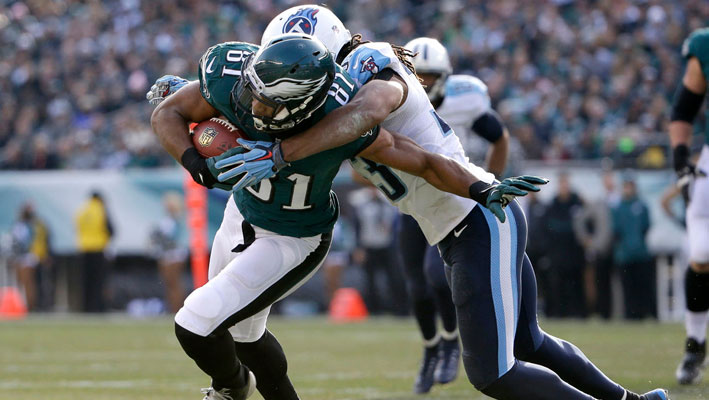 On one hand, the departure of Jeremy Maclin is likely to see Mathews get targeted more in Philly, which could allow him to boost his numbers from 2014. However, after setting the bar so high in 2014 by posting a 65.05% catch rate, it doesn’t look like we will be witnessing a ton of growth in his catch rate, even if his yardage numbers may increase. And on the account of his prospected reduction in catch rate, a slump tag is warranted for Mathews. 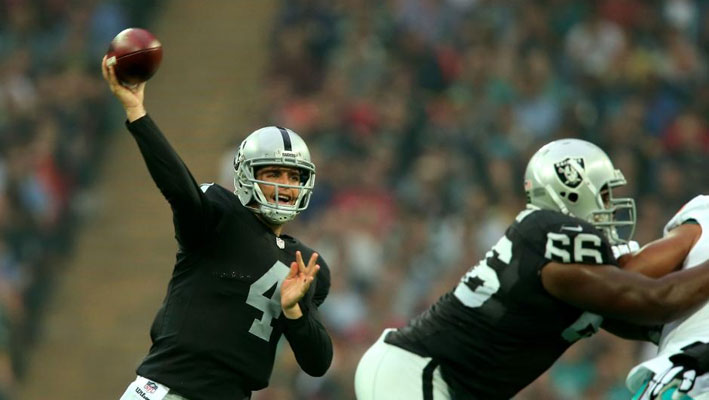 After throwing for 3,270 yards and 21 touchdowns in his rookie season, it doesn’t take a genius to figure out why the Raider fans are high on Carr’s performance in the coming season. In addition, Carr is coming with a new set of razor-sharp weapons in Michael Crabtree and rookie first-round pick Amari Cooper, who are can see his numbers blow as high as 4,000 yards and around 30 TDs. Unfortunately for Carr, his success will be mostly dependent on how his targets perform rather than how he makes his plays. For example, to succeed, the injury-prone Crabtree will need to stay healthy, running back Latavius Murray will need to continue with his standout 2014 season, Cooper will need to shine as a rookie and Oakland’s O-line will need to revamp their protection on the QB. With so many “ifs” to determine his success, it would not be a surprise if something went wrong and his numbers don’t go as high as expected by many people. 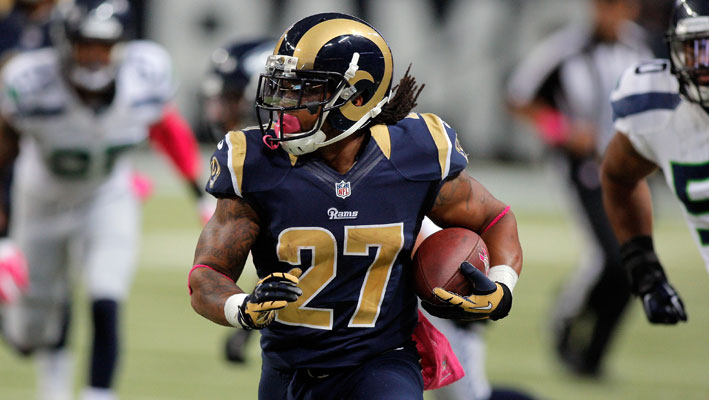 Despite a good rookie year with the Rams, Mason finds himself in a tough situation in 2015, competing with 2015 first-round pick Todd Gurley, who is viewed by the franchise as “the running back of the future.” With the likelihood of Gurley being preferred to Mason as the team’s leading back, it’s hard to see Mason getting to impress and deliver the kind of numbers he had in 2014, unless Gurley’s injuries from last season resurface in 2015. 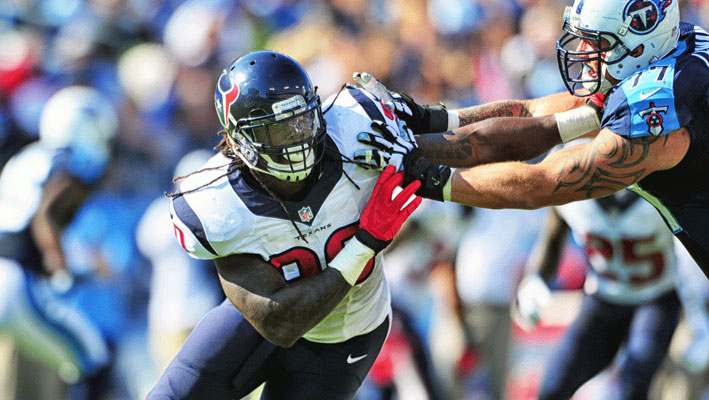 Clowney’s rookie season was evidence enough that not everything always goes as planned, even for the best of players. After being selected No. 1 overall in the 2014 draft, the highly touted linebacker had to spend most of his time on the bench and rehab, thanks to the microfracture surgery on his knee. After successful rehab, nearly everyone is expectant of a strong season from the linebacker. And going by the strong college career he had and the fact that he’ll be playing in Houston’s already explosive pass rush unit, Clowney could actually have a good year. Still, the extensive and delicate nature of the surgery he underwent means that any major knock could send him back to the bench. In addition, coach Bill O’Brien glimpsed that Clowney could be receiving limited snaps in the new season for the purposes of avoiding an overload. Limited snaps could thus mean limited production. So although we don’t expect Clowney to perform worse than he did in 2014, the high expectations about him and the high chances that he won’t live up to them qualify him as a candidate in our list for a slump. Sources: Giants.com: http://www.giants.com/team/roster/Odell-Beckham%20Jr/e6fdc468-f493-4b1c-b597-705977b6f195NFL.com: http://www.nfl.com/draft/2015/profiles/todd-gurley?id=2552475
Older post
Newer post