NFL News and Rumors
When sports betting fans think about Philadelphia Eagles quarterback Mark Sanchez, they might think more of the guy who committed the infamous “Butt Fumble” by running into his own offensive lineman before fumbling it right into the hands of an opportunistic New England Patriot, who returned the ball for a defensive score than of the guy who beat the Patriots in the playoffs and got the Jets closer to the Super Bowl than they had been since the days of Broadway Joe.When you think about the “other” Philadelphia Eagles quarterback, Sam Bradford, you might think about a great arm attached to a body that has fragile knees. Now, it turns out that the Eagles are going to open up the quarterback position to a competition between the two. With Tim Tebow also on the roster, it will be interesting to see how many quarterbacks show up on the field once the season gets underway. You might have a hard time remembering that Bradford was the AP Offensive Rookie of the Year during his first season.Bradford’s early success, of course, was followed by injury after injury. First came a high ankle sprain in 2011 that kept him out for six weeks. In 2013, his left ACL blew out, and then it blew out again in 2014. Over the past two seasons, Bradford has missed 23 games. Sanchez had some major injuries of his own, sitting out the 2013 campaign after shoulder surgery. Sanchez only got a shot at the Eagles’ starting job when Nick Foles broke his collarbone halfway through the 2014 season. Sanchez led the team to a 4-4 record in the second half with Sanchez at the helm, but that included a three-game losing streak that took the Eagles from first place in the division to missing the playoffs. His completion percentage (64.1 percent) was solid. His interceptions (11 overall) were not solid. 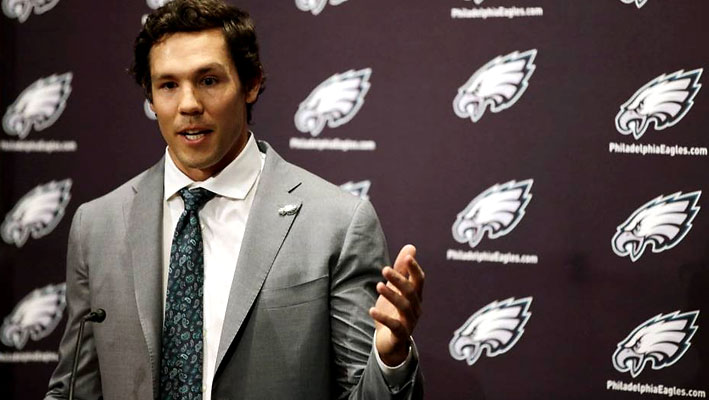 There were some in Philadelphia who were surprised when Chip Kelly re-signed him. Now that Bradford is in Philadelphia, it looked like he would be the presumptive starter. However, Bradford is moving at a slow pace with his recovery, and so Sanchez has been the main quarterback in the offseason training – and Sanchez has looked good. After another year to recover from his shoulder operation, his arm strength is up. He knows the offense. Sanchez believes that he can beat out Bradford and emerge as the starter.But would that make sense for the Eagles? Bradford is in the last year of his first contract and is set to make $12.95 million during the 2015 season. That’s not the typical paycheck for a backup quarterback. This only gives Kelly one year to decide whether Bradford can be his quarterback of the future – which means that Kelly needs to see Bradford play. 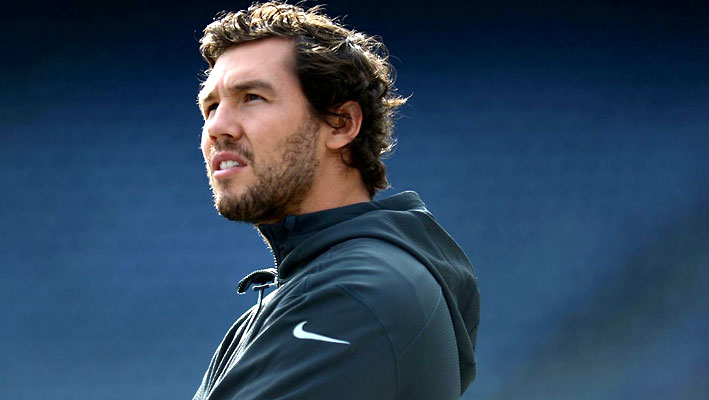 However, Chip Kelly has also said that the best players will be on the field in 2015. If Bradford beats Sanchez out in training camp and the preseason games, then this will make the decision easy for Kelly. However, if Sanchez outplays Bradford, then things will become very interesting. It will be intriguing to see if Kelly is willing to pay huge money to someone sitting on the bench each week – and he won’t be able to cut him. If Bradford emerges as the starter and then goes down to another season-ending injury, though, that could be the final tragedy for one of the most electrifying arms in the game – when those arms is available to play.SourcesFoxSports.com (http://www.foxsports.com/nfl/story/chip-kelly-on-tim-tebow-he-s-really-progressed-061715)NFL.com (http://www.nfl.com/news/story/0ap3000000500168/article/is-chip-kelly-the-guy-to-save-sam-bradfords-career)
Older post
Newer post