NFL News and Rumors
If you’re gearing up for the 2015 NFL betting season and you’re looking to gather as much pertinent information as possible on every team in the league, then you’re going to enjoy this expert analysis on the five burning questions surrounding the San Francisco 49ers (8-8 SU, 6-9-1 ATS, 5-11 O/U) as they get set for the upcoming season.Since haste makes waste and the start of training camps across the league is quickly approaching, let’s get started.

1. Will the Niners succeed without Jim Harbaugh?

Uh…no, I don’t think so. I know Jim Harbaugh has an abrasive personality and doesn’t particularly play well with others, but hell, it’s kind of hard to argue with his results. Before posting a mediocre 8-8 in 2014 in what was literally a lame duck season, Harbaugh led the Niners to at least 11 regular season wins in each of his first three seasons with the franchise and three straight NFC title games with one Super Bowl appearance. Again, Harbaugh’s 44-19 record is hard to argue with – whether he was liked by management or not.

I really like new starter Carlos Hyde and I think he’s going to be very good for Frisco moving forward, but there’s no doubt that the Niners will miss future Hall of Fame running back Frank Gore in 2015. In his 10th season, Gore topped the 1,000-yard plateau in 2014 to finish ninth in rushing with 1,106 yards. For his career, Gore has racked up a whopping 11, 073 yards while topping the 1,000-yard mark eight times and four straight times heading into 2015.

Not only did the Niners rank a discouraging 30th in passing last season, but more importantly, quarterback Colin Kaepernick regressed in a big way in finishing 17th in passing yards (3,369) while throwing a modest 19 TD passes and 10 interceptions. 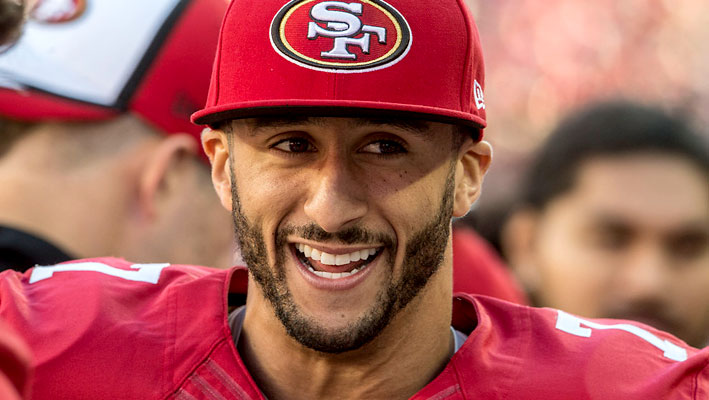 While I do expect some improvement from Kaepernick in 2015, I don’t think it’s going to be very much. The athletic signal-caller isn’t much of a pocket passer and struggles mightily when he’s contained from running outside.

The unexpected retirements of both, Patrick Willis and Chris Borland rocked the Niners foundation this offseason, leaving them scurrying to find suitable replacements. Frisco will look to veteran Michael Wilhoite to replace Willis outside but Borland’s inside linebacker spot is up for grabs right now. No matter what happens, the Niners are taking a step backwards at these two linebacker positions in 2015. 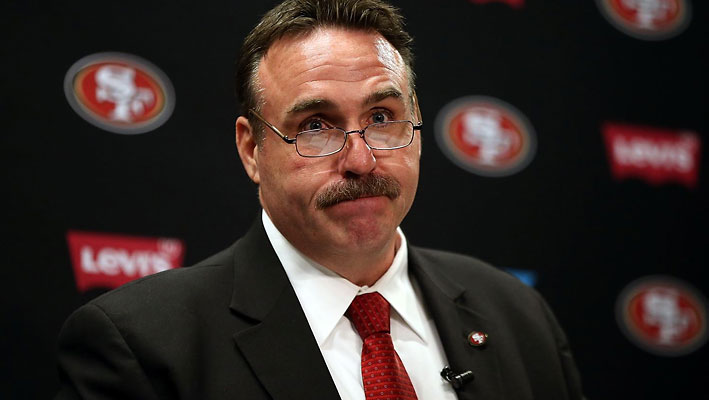 Uh…no…Jim Tomsula is not going to cut it in his first season leading the 49ers in 2015. Tomsula has never been a coordinator at the NFL level and will almost certainly struggle in what will be a totally foreign role for him this coming season.Tomsula is the anti-Harbaugh Niners management was looking for after repeatedly clashing with Harbaugh in his four years with the team. While Frisco’s players may find getting along with their head coach easier this coming season, I suspect the mediocrity that is coming or Frisco in 2015 will quickly make Jim Tomsula marked man.SourcesESPN.com (http://espn.go.com/blog/bigten/post/_/id/120340/harbaugh-doesnt-need-the-media-to-sell-michigan)NFL.com (http://www.nfl.com/player/chrisborland/2543772/profile)
Older post
Newer post