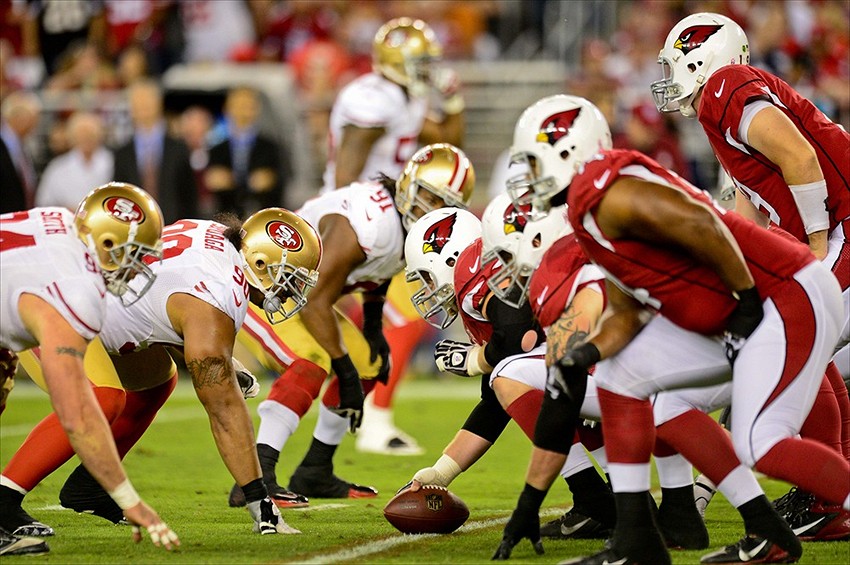 NFL News and Rumors
Sunday’s match between the Cardinals and Niners is expected to be one of the toughest games of Week 4, not only because the close NFL game odds on both teams, but also due the intense battle for the leading position in the NFC West. Thanks to Sunday losses by the Seattle Seahawks and the San Fransisco 49ers, the Cardinals currently sit on top of the NFC West. But with Arizona hosting the 49ers on Sunday, Sept. 21, in the University of Phoenix Stadium, the Cardinals will have to win the game, or else lose their early lead in the tough division. This, however, will not be an easy task considering that the 49ers have won nine of the last ten games against them.

Despite out gaining the Bears 197-93 total yards in the first half, lack of focus and fatigue in the second half led to the collapse of the 49ers. In the first game against the Dallas, they also had an early lead, but barely played well in the second half. When playing against the Cardinals, staying focused during the entire game will be of utmost importance.

Quarterback Drew Stanton had a decent game in the absence of first-choice Cardinals QB Palmer. If Stanton starts Sunday’s game, a regimented running game will be key to winning. Everything seems to be going right for them, as was witnessed last weekend. However, they cannot afford to dampen the hard work that has the Cardinals atop the NFC West.

Betting on the 49ers

In spite of having the home advantage of playing in Arizona, the Cardinals were marginally defeated on a 23-20 scoreline by San Fransisco last year Dec. 29. This loss settled the playoff standing and the Cardinals consequently dropped out of the playoffs. When the two teams met in Oct. 13 last season, the 49ers also came on top with a solid 32-10 win.Furthermore, the Cardinals are 2-8 against teams in the NFC West since Oct. 29, 2012. With such records, betting on the 49ers would be well-warranted, if not the sure thing to do.

Betting on the Cardinals

Over the recent times, the Cardinals have a very good record of playing well in their home turf. After the first two games, they are remarkably ranked number three in rushing defense, allowing 66.5 yards per game.The 2-0 start to the season combined with the blazing form of the Arizona Cardinals, especially after coming from a 14-10 deficit to win 25-14 in the fourth quarter of Sunday’s game against the New York Giants, makes them well-poised for a battle that can see them win the game.

Going by the first two games, we can expect the 49ers to take an early lead. However, whether they’ll hold on to the lead, particularly in the second half, remains to be seen. On the other hand, the Cardinals have proven to be very good at getting better as the game progresses, so a strong second half can be expected of them.Winning the game will essentially come down to protection of the ball. In Sunday’s loss by the 49ers, Colin Kaepernick produced four turnovers. Meanwhile, Carson Palmer had 22 interceptions last season—something which he must avoid if he starts Sunday’s game. My take, the 49ers will cover the NFL game spread as they emerge victorious against the Cardinals. But then again, this is the NFL, so anything can happen!
Older post
Newer post