NFL News and Rumors
In an NFL betting game considered as duel between a team in transition against one that is set for a big year, the San Francisco 49ers will travel to Houston to play the Texans. This will be their first preseason game for both teams in 2015, so there are a lot of expectations on both ends of the field.Date: Saturday, August 15, 2015Time: 8:00 PM ETVenue: NRG Stadium, Houston49ers at Texans NFL Betting PreviewThe last time the two teams met was in 2014 in a game that the 49ers had it all, winning 40-13. Chris Borland was the standout performer in that game, making everyone to agree that he was the right replacement for NaVorro Bowman, who had an injury at that time. He returned an interception, 34 yards for a touchdown and posted a team-high six tackles.

Only two more days until the first #49ers gameday of 2015. #TBT to past matchups vs. Texans. http://t.co/1KaW1flSBC pic.twitter.com/Ea6s5WA0pB

They 49ers will be featuring a new-look team, following the departure of Coach Jim Harbaugh and a host of players like Borland, Frank Gore, Justin Smith, Patrick Willis and Aldon Smith. In replacement, they recruited new head coach Jim Tomsula, who in turn brought a new set of additions like Torrey Smith, Reggie Bush and Darnell Dockett.The exodus in Houston was not as major as in San Francisco, but the team parted ways a number of key players like Andre Johnson, Ryan Fitzpatrick, Chris Myers, Daniel Manning and Brooks Reed. Nonetheless, the team made good value of the offseason, bringing Cecil Shorts III and Nate Washington to fill in the space left by Johnson, while strengthening their secondary with the veteran addition of Vince Wilfork.As usual, we will not be seeing most of the starters for both teams. In the 49ers camp, the youngsters Corey Lemonier and Eli Harold will need to step up as replacements of Aldon Smith. This game will be more of a position battle, than a duel between two teams. Meanwhile in the Houston camp, the battle between Brian Hoyer and Ryan Mallett is heating up yet none of them has come up better than the other. Arian Foster will be out of for the first half of the season due to a groin injury, so a replacement is needed for his position. 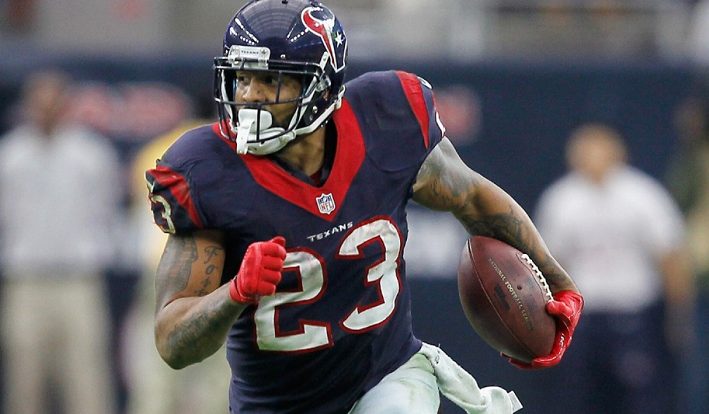 PredictionThis game will not have much to pick from, given that it is the first preseason match and each coach will be out to test their second and third-string players. Both teams almost had similar 2014 records, which will make the match even harder. The 49ers, though greatly revamped in a positive way, have lost too much talent, something we believe is going to work in Houston’s favor. A Houston win plus cover should thus be the best bet here.Sources:Wikipedia.org (https://en.wikipedia.org/wiki/Torrey_Smith)ESPN.go.com (http://espn.go.com/nfl/player/_/id/12497/arian-foster)
Older post
Newer post