NFL News and Rumors
Once the NFL schedule came out, several teams that thought their road to the postseason might be tough got some good news, while other teams that thought they would sail easily into January play found out that there are some big obstacles in their path. With a look at a team’s true talent from 2014 and the suggested NFL odds of winning the Super Bowl, it’s possible to identify which teams have a harder road to the playoffs after the schedule makers have finished their magic.Between 2009 and 2014, NFL teams whose points permitted and scored suggested that they would win five or fewer games the next season ended up winning an average of 6.7, while teams projecting to win 12 or more only won an average of 10.2. This has to do with poor teams trying to increase their talent pool through free agency and the draft, and with good teams losing some of their best players because of the salary cap, as they go to teams who can pay them more, and their lower position in the draft. By taking the average of a team’s estimated total of wins in the 2015 season, it’s possible to evaluate a team’s strength of schedule. The other measure looks at the odds that a team’s opponent each week will win the Super Bowl 50. Lower odds mean a harder schedule. Here are some of the teams with the toughest road ahead of them. 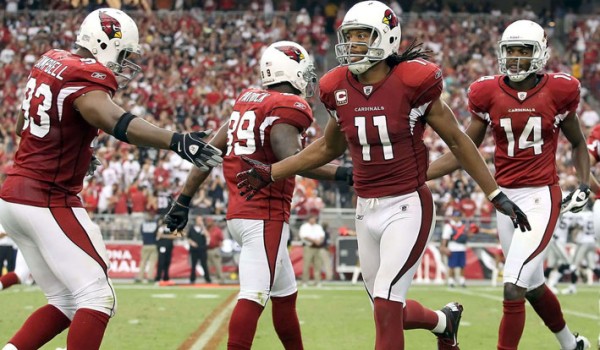 The Niners already had enough trouble ahead of them, as their head coach, Jim Harbaugh, took off for the University of Michigan. The team may be trading quarterback Colin Kaepernick, depending on which rumor you listen to. Chris Borland and Patrick Willis are retiring. Running back Frank Gore, wide receiver Michael Crabtree and both of the starting cornerbacks have left the team. Add that to the third toughest schedule on the basis of their opponents’ aggregate talent and title hopes, and you get a real uphill climb to the Lombardi Trophy.

The NFC West is a bear of a division, with the 49ers and Seahawks both awaiting the Cardinals. They also drew the Green Bay Packers because of their finish. They must improve their pass rush, which was the second worst in the NFL. Their defense was stifling in other areas, though, and the odds are definitely against their losing not one but two quarterbacks to injury. Even so, the Cardinals will not have an easy time negotiating their way out of the division, let alone to the Super Bowl.

Anyone else ready to get #BackToFootball? pic.twitter.com/nI3GUJfBTZ— Arizona Cardinals (@AZCardinals) May 12, 2015

The Steelers’ division is tough too, with two games against Baltimore and Cincinnati. Cleveland is a wild card with the quarterback carousel going on there, but all three of these division foes could present problems for the Steelers, particularly on the road. They also drew the Colts and Broncos at home and travel to both the Super Bowl champion Patriots and the runner-up Seahawks. Their star wide receiver Antonio Brown is looking for a new contract too, so they need to resolve that distraction in a hurry.

The fourth team in the NFC West is in some ways the most enigmatic. They shipped off Sam Bradford to the Eagles for Nick Foles in a quarterback swap, and the Rams gave some teams a real fight last year, going up 21 on Dallas before losing and then beating the Seahawks and a couple of other teams. However, the grist mill of the NFC West could keep them out of the playoffs again. It will be interesting to see how Nick Foles does away from the Eagles.Sources:ESPN: http://espn.go.com/nfl/story/_/id/11031941/nfl-take-one-year-hiatus-roman-numerals-super-bowl-50NFL: http://www.nfl.com/player/michaelcrabtree/71269/profile
Older post
Newer post