NFL News and Rumors
A rivalry forged in the fires of the ugly periods of crazy refereeing, fierce conference enmity, and passionate fanaticism among supporters, meeting between the Seattle Seahawks and the Green Bay Packers never disappointment. The two teams boast of what could arguably be the strongest rosters in the NFC, if not the NFL, a key reason the recent the clashes between them often deliver top-notch football. What makes the duel even more epic is that the two teams have recently adopted different styles of playing, with the Packers having a pass-happy offensive-oriented approach, while the Seahawks being more of a ground-and-pound team with great defensive discipline. Ahead of the 2015 NFL betting season, both teams are still looking to be the current cream of competition in the NFC, meaning their rivalry is bound to even get fiercer in the new season and probably in a good number of years to come.

Recapitulating the Recent Encounters in the Rivalry

In their last ten encounters, The Packers have generally dominated their rivals with six wins. However, the Seahawks have won the last three meetings in a row, giving their fans the current bragging rights. Fueling the buildup to their meeting this season is the sweat-sour ending of their last meeting in the 2014-2015 NFC Championship Game. After leading most of that game and coming to within four minutes of winning the NFC Conference Championship with a 19-7 lead, the Seahawks staged a memorable comeback, taking the clash to overtime, where Russell Wilson unpacked the packers in a rare fashion, winning the match on a 35-yard touchdown pass to Jermaine Kearse in overtime. So whereas Seattle eventually emerged as happy victors, they did so at the expense of the heartbroken Packers.Granted, a meeting between the two teams this season should be a great rivalry match with a lot of stakes in the NFL odds, as the Packers seek revenge and the Seahawks look to extend their recent dominance. Having staged the 16-point comeback after halftime, the Seahawks now hold the record for the largest ever halftime comeback in a conference championship game, and the second largest in a championship, only bettered by the Colts’ comeback from a 21-3 deficit against the Patriots in 2006 AFC Championship.

A Look-ahead into the 2015 Season: Trades, Team Changes and Returning Talent 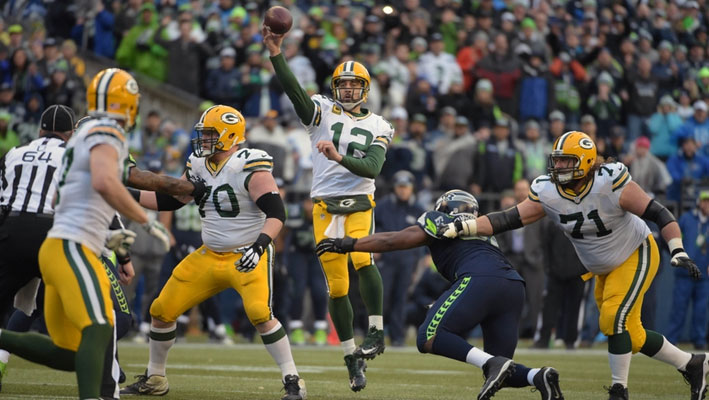 The Packers haven’t been too busy in the offseason, but they’ve made relevant signing, retained the core of the team and drafted a number of players that could prove pivotal in due course of the season.Among their most noteworthy additions is tight end Harold Spears, who despite not being vastly experienced, is great athlete with solid abilities to handle a big hit over the middle while still catching the ball. The team also drafted highly-rated cornerbacks Damarious Randall and Quinten Rollins plus WR Ty Montgomery, stating their ambitions to reinforce their back-up squad and add more depth. Meanwhile, star QB Aaron Rodgers is back with his top receiving target Randall Cobb, who re-signed with the team, and OT Brian Bulaga, so Green Bay’s offensive line should still remain fluid. 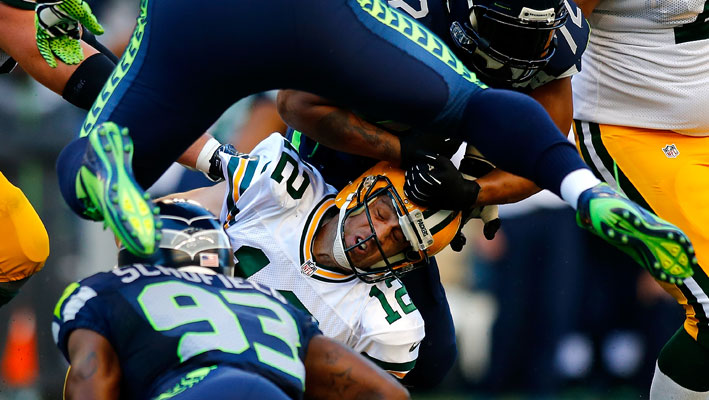 The Hawks camp has seen no major movement as well, but they made decent additions, including defensive tackler Landon Cohen from Buffalo Bills, DE Julius Warmsley, G Kona Schwenke, and two more weapons for Wilson in WR Tyler Locket and TE Jimmy Graham. For depth purposes, they have also resigned quarterback Tarvaris Jackson, whose experience goes back to his days with the Minnesota Vikings where he helped the team to consecutive playoff in 2008 and 2009. 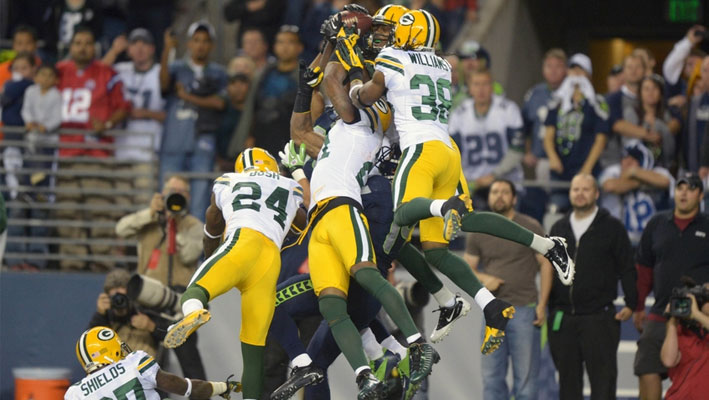 With both teams not going full blast in terms of signings, it could mean they are both satisfied with what they have. That, however, doesn’t mean that is everything is perfect in both camps. For instance, the Seahawks need to improve their passing game, while the Packers need to solidify their defense. Either way, in the event that the two teams meet in 2015, then another electrifying affair, more-or-less the same like last season. Currently, Seattle trails Green Bay 8-10, meaning they have some catching up to do, though based on the Green Bay’s recent losses, the pressure will be heavier on Rodgers and Co. to rise to the auspicious occasion.   Sources: Packers.com: http://www.packers.com/team/roster/aaron-rodgers/fe1a862d-b24a-4123-b43e-c116b59395cc/ NFL.com: http://www.nfl.com/player/jimmygraham/497236/profile
Older post
Newer post