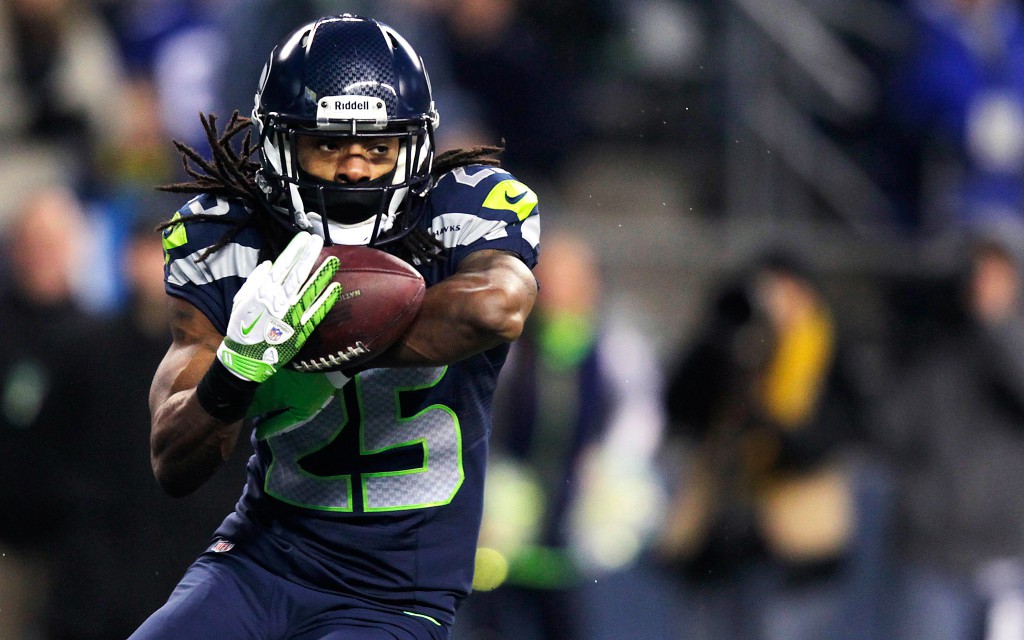 Written by Jordan Walters on September 4, 2014

NFL News and Rumors
The Seattle Seahawks and Green Bay Packers will kick off the 2014 NFL regular season with a rematch of their now-infamous 2012 ‘Fail Mary’ affair that captivated a country of pro football betting fans.Whether you’re a Seahawks fan or diehard Packers backer, one thing’s for sure, this game is going to be ‘must-see TV’ at its very finest.

Not only that, but I believe this contest of also offering NFL bettors a bunch of value – if you know where to look that is.
Green Bay at Seattle
The Green Bay Packers are 3.5 point underdogs against the defending Super Bowl champion Seattle Seahawks open the NFL season tonight.
Starts: 09/04/2014 8:30PM
CenturyLink Field, 800 Occidental Avenue South
Seattle, Washington

Now, before we go forward, let’s go back in time – to the last time these two teams met.Seattle picked up a thrilling 14-12 win over Green Bay in their Week 3 matchup back on Sept. 24, 2012 , but it did not come without its share of controversy.With regulation time nearly over, then rookie signal-caller Russell Wilson launched a desperate Hail Mary pass from Green Bay ‘s 39-yard line into the end zone. At the time, the NFL’s regular officials were out on strike leaving the outcome of this affair in the hands of inexperienced replacement officials, who ruled at the time that Seattle wideout Golden Tate scored a game-winning touchdown after gaining simultaneous possession with defensive back M.D. Jennings. The play was reviewed and still, officials got the call wrong by awarding Tate a touchdown. The play instantly became known as “The Fail Mary,” and just a few days later, the NFL settled its lengthy labor dispute with referees.“Those things happen,” Carroll said. “It’s what makes us keep coming back. We love the games.”Both teams say they are ready to get their respective seasons started.“We’ve all been waiting to get this thing started,” Seattle head coach Pete Carroll said.“We knew when the (2013) season was over that we were traveling to play Seattle . So, heck, why not do it Week 1,” McCarthy said.Okay, now let’s get back to the matter at hand.Green Bay (8-8-1 SU, 7-9-1 ATS) looked really solid in winning each of their last three preseason games against the Rams, Raiders and Chiefs while topping the 30-point plateau in its last two tune-up contests.Seattle (16-3 SU, 13-6 ATS) went 2-2 SU and ATS in the preseason losing its first and last scrimmage contests, but performing much better in the more important middle two games. The Seahawks scored at least 30 points three times in the preseason.

Here’s a scary thought for the NFC: Russell Wilson can be even better in Year 3. http://t.co/sCg3w0ML8j pic.twitter.com/9f4etQb1bP— NBC Sports (@NBCSports) September 4, 2014

I don’t see a whole lot of sense in beating around the bush so I’ll get right to the point by saying that I really like the Seattle Seahawks to win this contest and deliver a huge statement to the Packers and the rest of their NFC counterparts.Seattle has compiled an impressive 8-2 ATS mark in its last 10 games while Green Bay has gone 3-7 ATS in its last 10 games, though most of those came without starting quarterback Aaron Rodgers under center as he missed a dozen regular season games in 2013.Still, the Seahawks are a near perfect 15-1 SU at home in the last two season and a seriously consistent 16-5 ATS in its last 21 home games.Green Bay has not traditionally gotten off to a good start as they’ve gone 1-4 ATS in their last five games in September.The Home team in this rivalry is 3-1-2 ATS in their last half-dozen meetings and I just don’t see the Seahawks losing this contest in front of their fanatical fans.I suspect the Packers will be a lot better as the season progresses than they’re going to be early on.Ultimately, I think the Seahawks are a perfect candidate to win back-to-back Super Bowl titles. Seattle is highly motivated, still young at all the right positions, but still vastly experienced because of the least two seasons.Most of all, the Seahawks have a swagger about them that says they ‘believe’ they should win every time they take the field.