NFL News and Rumors
Having good players is a great element for success in the NFL betting season. Having a good management system equally brings a lot of goodwill, especially in the business side of things. But having such elements and without a good coach is just like having a well-maintained public service vehicle with passengers minus a good driver, which often leads to bumpy travels or accidents. With various teams hoping for smooth sailing in 2015, a number of coaching changes were made. In this article, our focus will be on the new head coaches and what can be expected in the NFL odds in terms of their first seasons in the new teams. 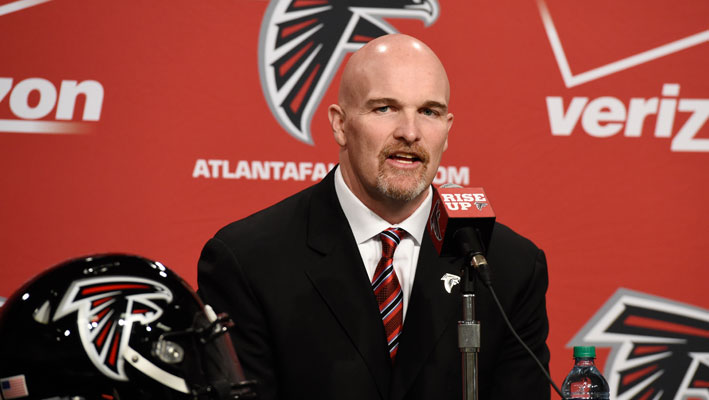 2015 Regular Season Prediction: 9-7 Quinn is arguably the coach with the most enviable among the new head coaches, as he is taking over an Atlanta team that is not that broken. In addition, he will be playing in the soft NFC South division where you can win the divisional title with a losing record, as was the case for the 7-8-1 Panthers in 2014. And to top it all off, the Falcons have a strong quarterback in Matt Ryan. If Quinn can use the likes of Vic Beasley and Jalen Collins to patch up the leaky Atlanta defense that that gave up more than 26 points per game last season, the Falcons could easily make a run for a winning season and the NFC South division title. 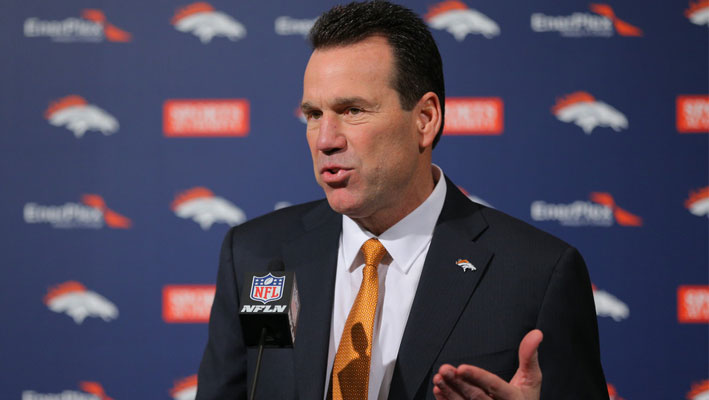 Prediction: 12-4 and an Appearance in Super Bowl 50 Kubiak and the Broncos seems like a match made in … well, Denver. Kubiak brings a winning history and offensive-oriented approach to the Broncos while Denver brings a talented squad that is looking for a top-notch offense and a winning mentality that can take them win it all in 2015. Then there is the John Elway and Super Bowl factor—Kubiak was part of the coaching staff that helped Elway (a quarterback at the time) win two Super Bowls trophies (Super Bowl XXXII and Super Bowl XXXIII) with the Broncos at 37 and 38 years. With Elway now serving as the General Manager and Executive Vice President of Football Operations for the Broncos, the hope is that Kubiak will do the exact same thing with the 38-year-old Peyton Manning. No, wait, Manning is 39, so replace “exact same thing” with “more-or-less the same thing.” 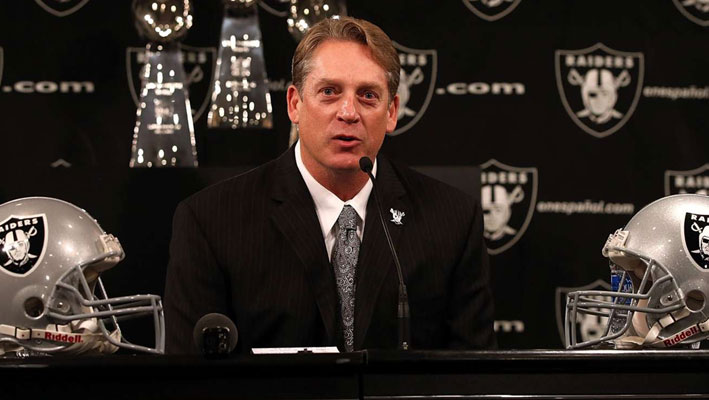 Prediction 6-10 The Oakland Raiders are a hot-headed team and they found the right man in Del Rio, an old-school type of disciplinarian that is bound to keep things in order in Oakland. Entering the new season, the Raiders have a good mix of talent on both ends of the field, led by QB Derek Carr (who has found new love) and linebacker Khalil Mack. Some good measure of improvements can thus be expected from him, especially on the defensive side, where he is known to be an expert. 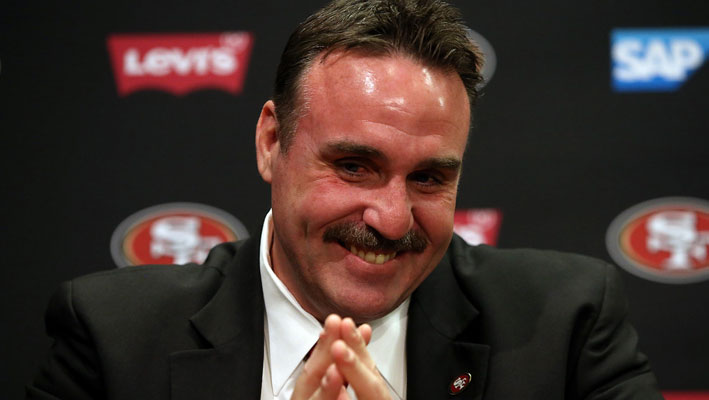 Prediction: 7-9 Tomsula is someone who hasn’t proved himself as a head coach in any NFL team, so it’s not easy to know what to expect from him in his first year as a head coach in the NFL. Making matters worse, the 49ers have lost more talent than they’ve gained in the offseason, forecasting a bleak future. Therefore, even though the Niners still have good pieces to push for a strong season, we feel that they will be witnessing a slight drop from their 8-8 mark in 2014. 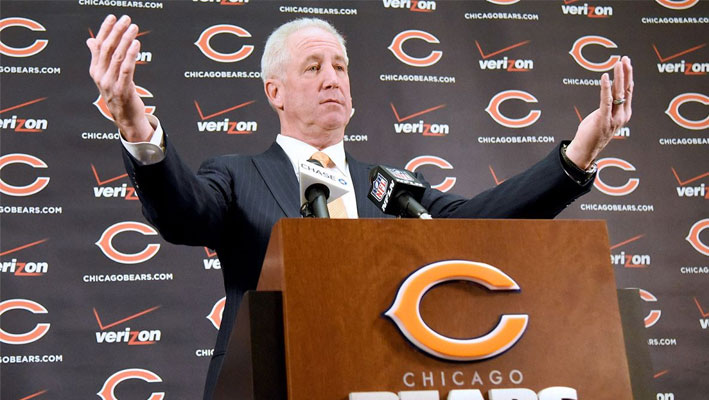 Prediction: 8-8 Coming off a 5-11 season, reaching an 8-8 mark looks like a far-too-generous prediction, right? Wrong! Fox is a sly man whose untamed coaching skills have helped many teams rise up in a big way. Explicatively, he took a pathetic Carolina team that finished 1-15 and turned it into a 7-9 record in his first year. After that, he took a 4-12 Denver team and turned it into an 8-8 team in the first year. Achieving the same feat with the Bears should thus be very possible. After all, outside the Green Bay Packers, every other team in the NFC North is beatable. Not to mention, Chicago has the biggest and meanest of all Bears in QB Jay Cutler, which should give Fox a chance to growl and prowl on most of his prey this year. 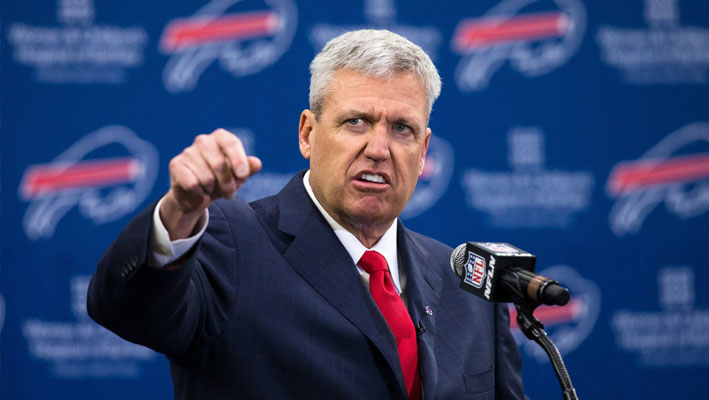 Prediction: 9-7 After his up-and-down time with the Jets, Ryan is taking over a Buffalo team that is well-motivated for success after reaching a 9-7 mark in 2014. The Bills have done well enough in the offseason to maintain competitiveness in 2015. Unfortunately for Ryan, he is playing in the AFC East, a division easily dominated by the New England Patriots. Furthermore, the Bills still don’t have a franchise quarterback to rely on. His first season in Buffalo should thus lead to more-or-less the same mark as last year. 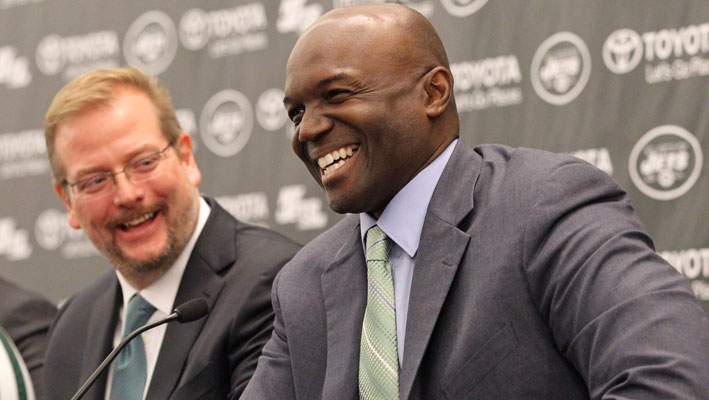 Prediction: 7-9 Bowles is one of the most respected coaches in the league, boasting of a reputation for helping teams to turn around. Like Ryan, Bowles efforts to improve the team will be limited by the supremacy of New England in the division and the strong competition from the Bills and Dolphins. Even so, the strong offseason changes made by Bowles should help the Jets witness a slightly improved mark from the disappointing 4-12 record in 2014.   Sources: ESPN.com: http://espn.go.com/nfl/team/_/name/gb/green-bay-packers NFL.com: http://www.nfl.com/teams/oaklandraiders/profile?team=OAK
Older post
Newer post