NFL News and Rumors
If you one of those NFL betting fans who read the judgment that Judge Richard Berman issued in his handling of the DeflateGate suspension, you probably noticed it’s pretty clear that he can’t even believe that this mess made it into court. However, his incredulity doesn’t point toward Tom Brady – instead, it points toward the NFL, which once again has been found in a neutral setting to be treating its players unfairly – and randomly, at times.

Tom Brady had some nice words for NFL Commissioner Roger Goodell even after a 7-month long legal battle. pic.twitter.com/xWZJNtRUjL

At this point, it’s looking like Roger Goodell is willing to spend his league’s money on legal fees without any thought of whether he will win or lose. The lawyers that the NFL is paying aren’t telling the commissioner what he needs to hear – that his strategies are beginning to border on the ridiculous. After all, it’s come out that Tom Brady offered to take a one-game suspension for not cooperating with the league’s investigation, but that the league didn’t want that. The Patriots had already taken the $1 million fine and the loss of two draft choices without appeal. If you remember that the standard fine for this sort of thing (deflated footballs) is $25,000. Goodell kept looking back at Article 46 of the Collective Bargaining Agreement and thinking that he was the monarch of the league without anyone else to answer to. Well, how did that turn out for Louis XVI? We’re not in the age of the guillotine anymore, but how long should Goodell continue to remain to run the league? 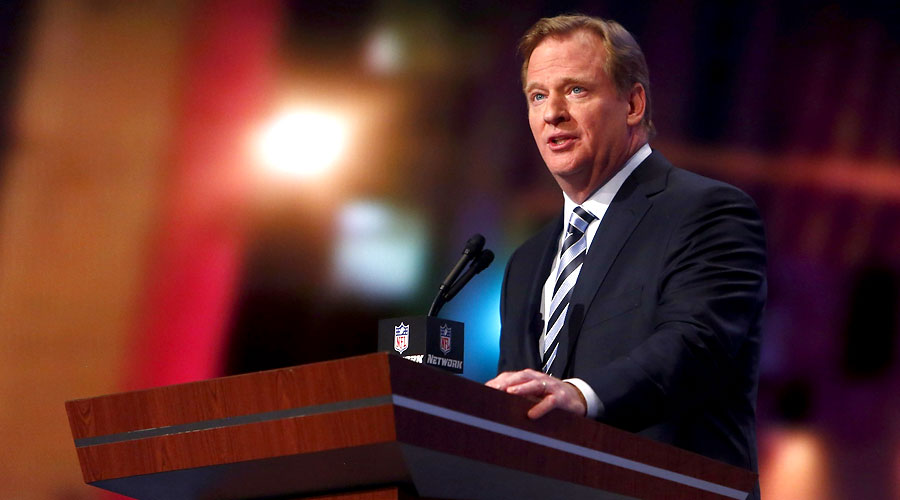 Goodell wouldn’t let Brady’s team talk to one of the key investigators. He wouldn’t give them access to all of the files. He came up with a punishment for Brady that he would have used for a steroid user. He didn’t even tell Brady that he was accusing him of a failure to cooperate with the investigation. But that wasn’t really the beginning of the problem. This really started when Goodell decided that he would hear the appeal on what was basically his own decision. Yes, he had a league vice president issue the initial discipline, but those terms had his fingerprints all over them. Then the league brought in the “indepedent” Ted Wells to run the investigation, and it followed things up with that random punishment that it pulled out of the air.If you enjoy reading legal briefs, then you’ll get a kick out of the way Berman just destroyed Goodell’s attempt to link deflating a football with using steroids. 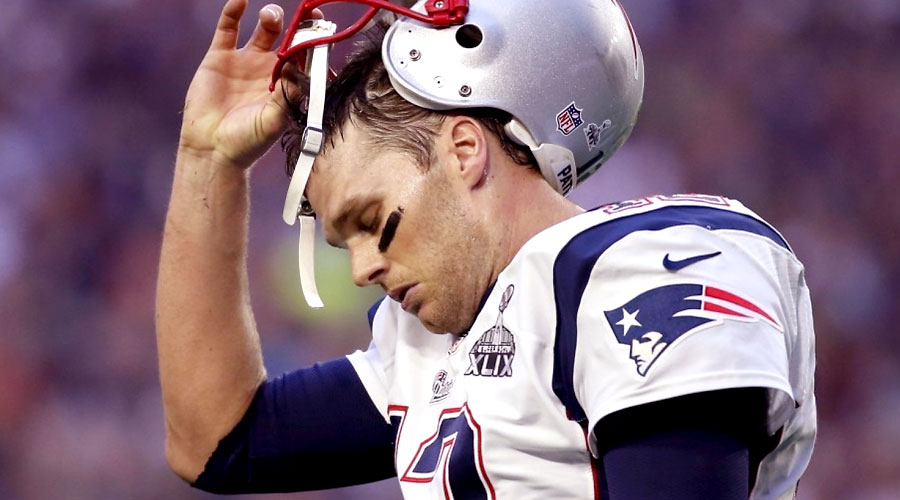 So is Goodell taking his medicine and getting out of the limelight? He won’t be appearing at the league’s opening game between the Steelers and Patriots – and he generally goes to the first game of the league’s regular season, a Thursday night affair. He would do well to stay far away from it, though, given the ridicule he would receive – and is going to receive anyway, thanks to the greatness of Twitter. Before he throws more league money away on a failed appeal, it’s time for him to walk away from this position – and if he won’t, it’s time for the league’s owners to find a new commissioner.Should Greg Hardy Appeal His NFL Suspension in Court?Now that Tom Brady has walked out of federal court holding the NFL’s dented shield in his hand, there are some other players who have received cockamamie suspensions from Roger Goodell who are considering going back to court just to see what they can get. 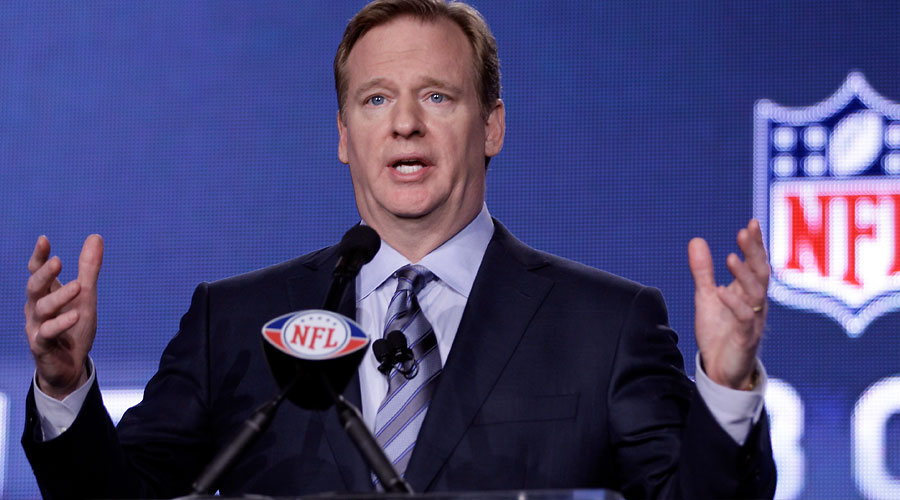 One of these is a player who was accused of something far more disgusting than deflating footballs, though. Dallas Cowboys defensive Greg Hardy spent 15 games on the commissioner’s exempt list last season after it came out that he had been convicted of throwing his girlfriend at a bathtub, picking her up, throwing her on top of a couch covered with assault weapons, and then threatening to kill her. His conviction came at a bench trial (meaning a judge issued the verdict). As is his legal right, he appealed and asked for a jury trial. While things were getting underway in that proceeding, the victim disappeared. Did Hardy offer her enough money to disappear in perpetuity, or did she coincidentally decide that she needed to leave the state without a trace? Either way, without a victim, the jury trial could not get underway, and the charges against Hardy were dismissed.The NFL looked at the evidence against Hardy, and Roger Goodell issued a 10-game suspension for violating the league’s domestic violence policy. This was on top of the 15 games that Hardy didn’t play in 2014 while the situation was being investigated. When Hardy appealed, the case went to Harold Henderson, an arbitrator who generally backs up whatever the league says (just ask Adrian Peterson). In this case, the suspension was lowered from 10 games to 4 games because Hardy’s incident had taken place before the new domestic abuse policy had been put in place. 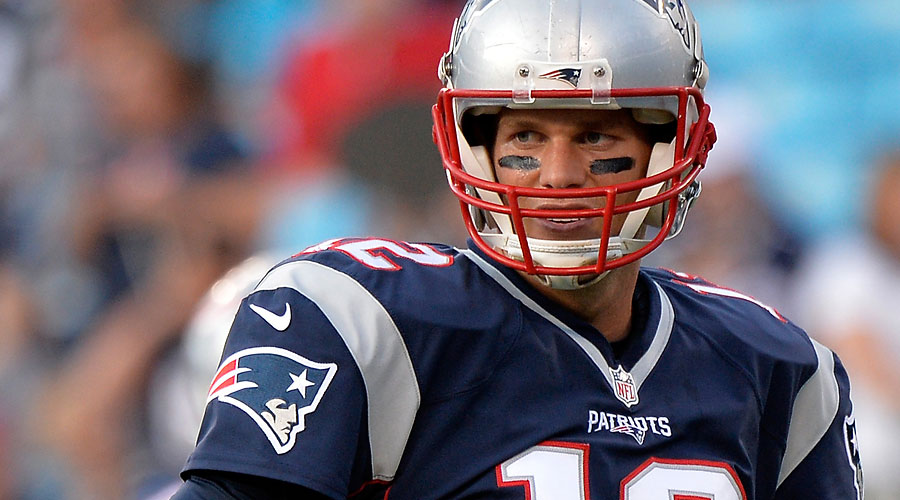 If you look at this from Hardy’s camp, it looks like it’s open season on Roger Goodell‘s punishment policies. After all, do you remember what Ray Rice’s initial punishment was supposed to be? That’s right – two games. That’s what the old domestic abuse policy had as its punishment. However, the arbitrator already reduced Hardy’s suspension. Also, the ban is supposed to begin this weekend.So, here’s why Hardy shouldn’t appeal his suspension. First, he’s really out of time, even to get a stay from the court to stay on the field. Second, he has already gotten some of his initial punishment taken away.Third, though, he really needs to just put this issue behind him. Instead of focusing on how he can get a couple more games on the field, he should instead be worrying about showing the league (and the rest of us) that he has changed from being the guy who could have killed someone to someone who is interested in redeeming himself as well as his reputation. He should be reaching out to local women’s shelters in the Dallas area and speaking out about how what he did was wrong. That’s the way out of that mess. It would not surprise me at all to learn that Tom Brady asked the equipment managers in New England to keep football pressure low. But that’s not anything like the harm that Hardy did.SourcesNFL.com (http://www.nfl.com/news/story/0ap3000000492189/article/tom-brady-suspension-timeline)Wikipedia.org (https://en.wikipedia.org/wiki/Roger_Goodell)
Older post
Newer post