NFL News and Rumors
It wasn’t that long ago that NFL betting fans were saying that commissioner Roger Goodell would let the Patriots off easy for their role in the Deflategate conspiracy. If you look at the rule book, for example, the penalty is a $25,000 team fine if footballs are outside the prescribed tolerances for air pressure. If Goodell had fined the team that amount – or even gone up to $250,000 because of the Patriots’ prior role in Spygate – he would have had more of a leg to stand on. He would have amplified the fine, which would have been fine PR-wise.

Instead, he brought the hammer down on a franchise – $1 million fine, a lost draft pick, and a four-game suspension of the player who may have told the team’s equipment staff to deflate the balls. Initially, New England’s owner Robert Kraft was outraged, but then he calmed down while Tom Brady’s appeal went through the works. His hope was that his own humility was inspire the commissioner to reduce (or even get rid of) Brady’s entire suspension. However, that didn’t work, as the appeals process apparently took months to figure out. One key element in Goodell’s refusal to cut the suspension had to with the destruction of Tom Brady’s cell phone, which apparently would have had some incriminating text messages in this situation. 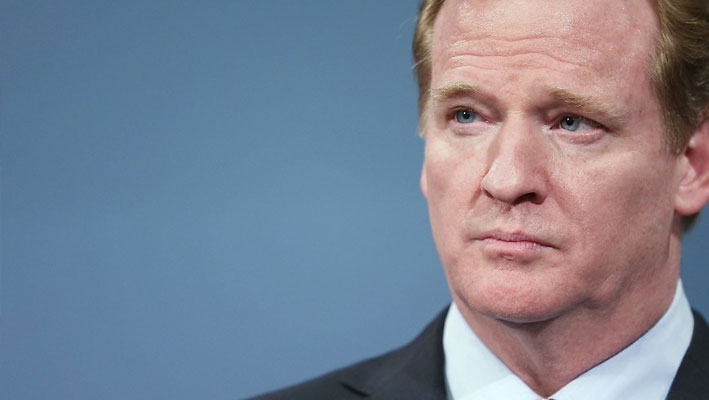 So what’s the deal with Roger Goodell anyway? Ever since he put himself in charge of player discipline – which makes the NFL unique among the nation’s four major sports leagues, as all the other associations have people tasked with discipline other than the commissioner – he has come across as heavy-handed, power-hungry and tone-deaf. When the controversy first opened, it created a mammoth distraction for the Patriots and Brady during Super Bowl week. Then he didn’t manage the problem for months, letting the whole scandal sully the reputation of the team – and the league. 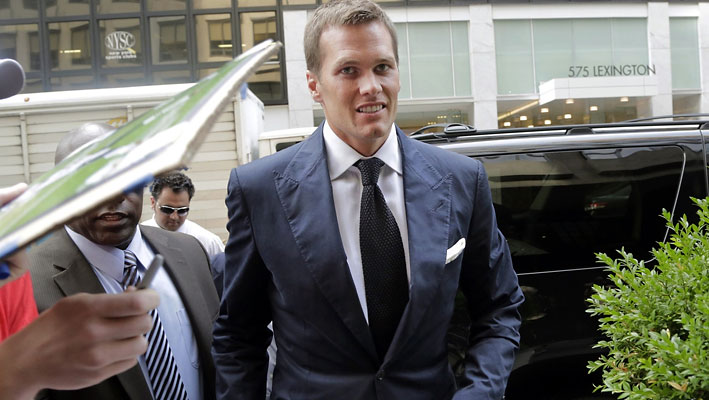 So now Deflategate is in federal court, and all signs point to the case ending before the start of the regular season so the team knows whether Brady will be on the field or not. A lot of ugly elements could get back into the national media: Goodell’s seemingly arbitrary handling of all discipline cases in the last year or so, in which he simply puts the rule book down and gets out his paddle because the media exposure embarrasses him or the league (hello, Ray Rice, Adrian Peterson and Greg Hardy), and then an arbitrator or a federal judge comes back and undoes what he did. Even when he names someone else to handle cases for him, he chooses an NFL associate such as Harold Henderson instead of choosing someone who is really independent of league influence. When someone independent does end up in charge, he ends up being chastised. 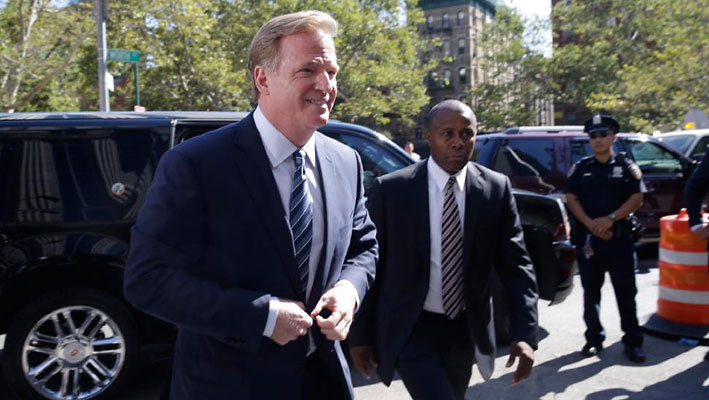 If you look at the coverage in the national sports media – and the conversations on Twitter and Facebook – Goodell is getting trashed every week. While ridicule is part of the job for every commissioner (yes, Gary Bettman, we’re talking to you), consistently poor performance in the administration of legal league business should get you fired – and it should happen to Goodell, sooner than later.SourcesHuffingtonPost.com (http://www.huffingtonpost.com/alan-schechter/strategy-for-tom-brady-to_b_7996034.html)Wikipedia.org (https://en.wikipedia.org/wiki/Gary_Bettman)
Older post
Newer post