NFL News and Rumors
Now that the NFL draft is behind us and the offseason picture for most teams is nearly complete, it is time for us to readjust our expectations in the NFL Odds by taking a look at the teams that may have been overlooked, as far as value for the 2015 campaign is concerned. In this article, our focus will be on the sleeper teams for the 2015 season who make a worthy sportsbetting pick.

As far as Super Bowl 50 odds are concerned, the Ravens are the AFC team that we are backing at +2000 to slip (or is it sleep) its way to the National Championship game. During the draft, Baltimore made some pretty decent additions with three of their picks ranked in the Top 90.First-rounder WR Breshad Perriman is particularly a great addition, and with his great receiving skills, he should be a formidable weapon for the strong-throwing Joe Flacco. Already, Flacco is off to a great start with his new offensive coordinator Marc Trestman, while his coordination with Perriman and TE Maxx Williams is on the come-up, so an improved season could be in the offing. Not to mention, the Ravens have made it to 7 playoffs in 8 years under coach John Harbaugh and the strength of their schedule isn’t bad, ranked at No. 11 with a combined opponents’ record of 137-111-2. Bearing all that in mind, and the fact that the Ravens won the Super Bowl 3 years ago, we strongly feel that the Ravens are not only a steal at +155 to win the AFC North title, but they are also a favorably priced pick at both the 2016 AFC Championship Game and the 2016 Super Bowl. Oh, and the news about the Pats and the suspension of Tom Brady can only mean good things for Baltimore fans, who are very likely to see an improved season from the 10-6 SU and 7-8-1 ATS records they posted in 2014. 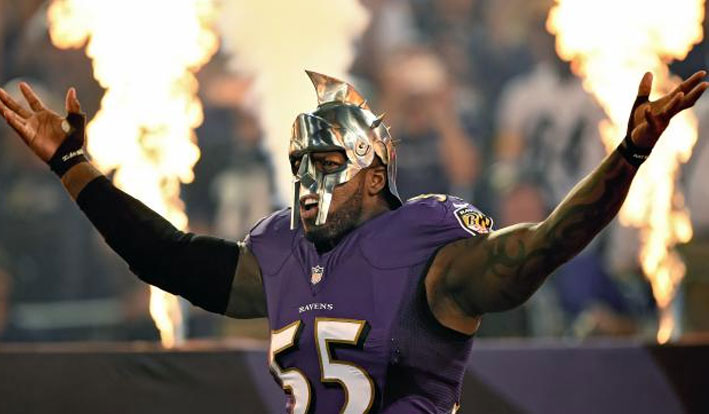 Even with the addition of Marcus Mariota to the QB department to help Jake Locker, we don’t see the Titans (who were 2-14 SU and 3-12-1 ATS in 2014) giving good value at +20000 to win Super Bowl L. However, there is a lot of hope that Tennessee will be doing better in the regular-season NFL Lines, particularly in beating the spread in 2015. For starters, the offseason additions made by the Titans look formidable enough to propel improvement. Moreover, Tennessee’s opponents for the 2015 season have a collective 111-144-1 record from 2014, with the Titans ranking at No. 26 in strength of schedule. With such factors considered, the Titans should at least be able to provide some good ATS value on a game-to-game basis. 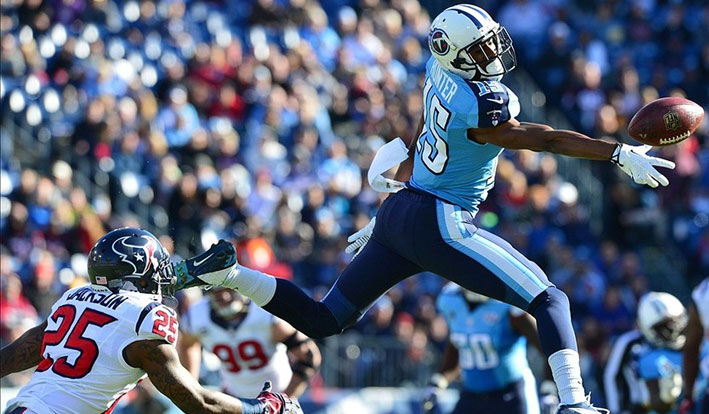 Like the Titans, it would be extremely ambitious to hope for the Jets to rise from their funky 2014 season and climb all the way to win the Super Bowl 50 as a +5000 pick. Nonetheless, going by their 4-12 SU and 6-9-1 ATS record in 2014, and the addition of quality game-changers like first-rounder DE Leonard Williams, there is certainly a good chance that New York will be improving slightly in the SU lines and more in the ATS lines. This should especially be possible now that QB Geno Smith has a ton of offensive talent to work with both in the receiving department (like Brandon Marshall, Eric Decker and Devin Smith) and the backfield (Zac Stacy and Stevan Ridley). Getting an adaptable offensive coordinator in Chan Gailey, who is a very supportive of Smith as the No. 1 starter at New York, should also mean more improvements and a stronger showing from the QB and his teammates in the offense. And to top it all off, the Jets have a baby-bottom soft schedule ranked at No. 18 overall with a combined opponents record of just 125-131. That’s what we call great value, my friends! 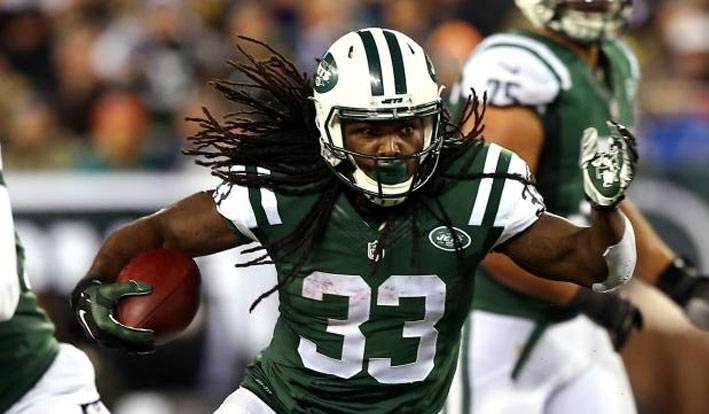 The Falcons, who were 6-10 SU and 7-9 ATS in 2014, would have had a good season in 2014, had they not been decimated by the early injuries. All that could, however, change this year. After strengthening their squad through a strong and highly-rated draft class, the onus is now on the Falcons to now challenge for the NFC South title, which is always ripe for the taking by any zealous team in the division.  Even more importantly for the Falcons, they have a talented new head coach in former Seahawks defensive coordinator Dan Quinn and the softest NFL schedule in 2015, going against opponents that had a lackluster combined record of 104-150-2 in 2014. Added to the fact that QB Matt Ryan (who owns a decent QB passer rating of 93.4) has led the Falcons to 4 playoffs in his first 5 seasons, the Falcons are not only a hot pick to win the NFC South title, but they are also a decent Super Bowl sleeper at +3000, on top of being one of the hottest teams to bank with in 2015 on a game-to-game SU and ATS basis. 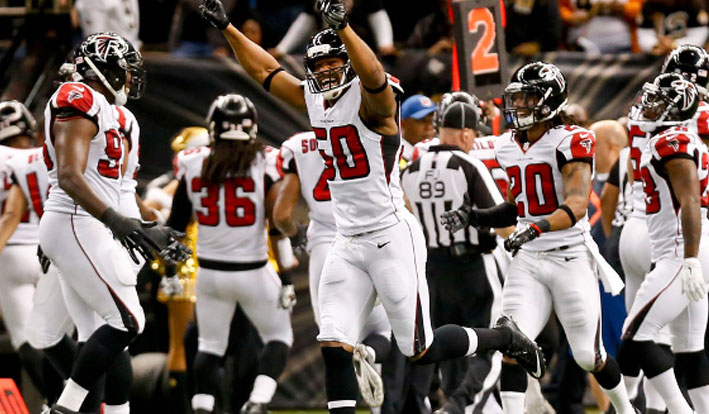 Having sent a league-high 20 players to injured reserve in 2014 (according to Spotrac), and with an 0-4 record in games decided by 8 points or less last year, it goes without saying that, with a bit of some fortune on their side, the Giants could have performed better than the 6-10 SU and 7-9 ATS they posted in the past season. Fortunately, Coach Tom Coughlin and QB Eli Manning already have one Super Bowl title together with the Giants, so they should be able to offer guidance to their rookies on how to push for another title in 2015.Furthermore, the Giants were able to make some much-needed additions through the 2015 NFL draft (including their highly-rated safety Landon Collins), while the 2014 draft class showed a lot of promise, led by 2014 Offensive Rookie of the Year Odell Beckham Jr. Meanwhile, the Giants’ main competitors in the NFC East (Dallas and Philadelphia) lost some key pieces in the offseason, which should additionally lead to some positive regression for the G-Men. Oh, and the Giants also have a kind calendar, having a 20th-ranked strength of schedule with their opponents coming with a combined record of 122-133-1 from last year. 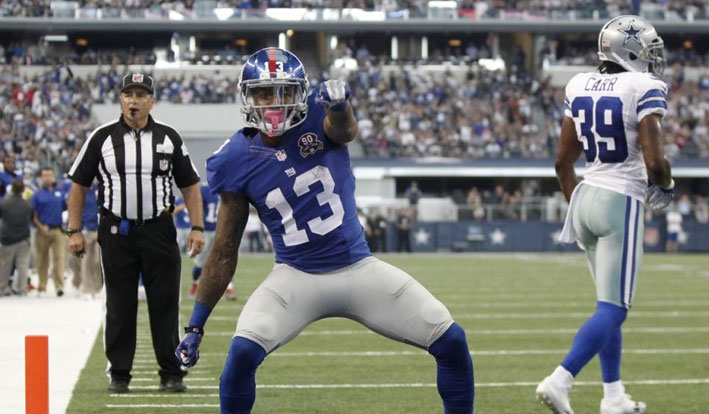 Entering the 2015 season with the fourth-easiest schedule in the league where they face a combined 108-146-2 record, a potentially dangerous rookie QB in No. 1 overall pick Jameis Winston, and a good number of other talented offseason additions; there is simply no way the Buccaneers will posting dismal a 3-13 SU record like in 2014. We are not saying that having the most pro-ready passer in the league in Winston will take them to the 2016 Super Bowl finals, but with the additions they’ve made, the soft nature of their schedule, and a decent 8-8 ATS record from their 2014 season; be sure that the Bucs will be one of best sleeper picks in the 2015 NFL Odds, particularly in regards to covering the spread. 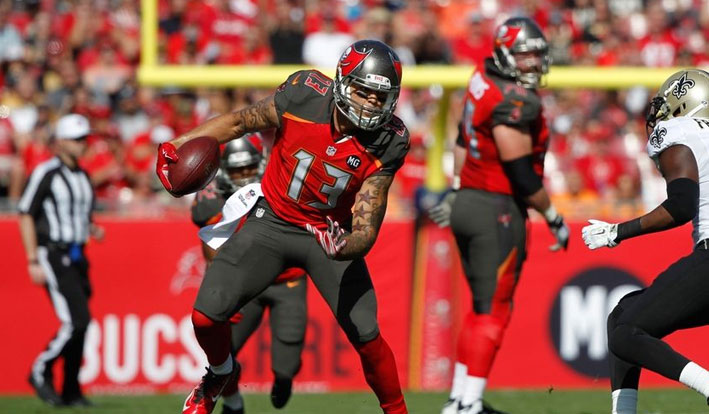 The Minnesota Vikings (7-9 in 2014) and the Chicago Bears (5-11 in 2014) also offer viable options for sleepers that are likely to bring positive regression in 2015 on a game-by-game basis. In fact, we’d would have easily picked either (or even both) of them to be sleepers in the Super Bowl 50 Betting Odds, but the fact that they both belong in the grueling NFC North Division (which has been Green Bay’s to lose over the recent years) darkens their chances of shining in 2015. And, of course, Detroit is known to always aims for the Lions’ share of things in the division, so all we can give the Vikings and Bears is a chance to serve bettors on a game-by-game basis.Sources:Bucsnation.com: http://www.bucsnation.com/2015/4/21/8464283/tampa-bay-buccaneers-2015-nfl-schedule-dates-game-times-strength-ofESPN.com: http://espn.go.com/blog/atlanta-falcons/post/_/id/13175/draft-analysts-give-falcons-draft-high-marks
Older post
Newer post