NFL News and Rumors
Every year, players across the NFL come with into the league with huge expectations of performing highly, but at the end of the season, only a handful of them manage to live up to the hype. The 2015 NFL betting season, even with abounding hype surrounding different rookies and the newly acquired players, will be no different, as a good number of the players likely to underwhelm in their performances.

Undeniably, Suh is one of the best players in the league when it comes to defensing against the run and pass. In essence, that is the reason he signed a whopping 6-year, $114 million dollar contract with the Dolphins, making him the highest-paid defensive player in NFL history.Unfortunately, there are a number of reasons why Suh may not be what fans expect right off the bat. For starters, with such as a big contract (which comes with various guarantees), the need to perform and sway teams to his direction will probably be lessened, as opposed to the 2014 season when he was working his tail off to impress his suitors. In addition, the rest of Miami’s defense has issues at the linebacker department, while most of the corners in the team are far from solid, which could force Suh to sometimes play out of position to cover the other defenses. By over committing and spreading himself all over the field, his efficiency could be reduced. Then there is the South Beach environment and its ills—too much focus on fun and relaxation with less concentration on the game. Many players have fallen to that lifestyle in the past, and with the massive money he’s getting, it wouldn’t be a surprise if Suh went down the same route.

The Philadelphia offense is a run-friendly system, a good reason many analysts expect Murray to maintain his efficiency from 2015. However, the Eagles lost Pro Bowl guard Evan Mathis (a crucial piece of their zone blocking scheme), which could expose Murray to more tackles and limit his ability to run the ball well. Plus, history has it that any running back that has totaled more than 370 rushing attempts in his previous season fails to be as good or better in the following year, with the likes of Larry Johnson, Eric Dickerson and Jamal Anderson standing to be counted as examples. So unless Tim Tebow, a very run-oriented QB, gets the starting role in 2015, it’s hard to envision Murray putting up the kind of numbers he did in 2014.

Coming off a season where he set career highs of 85 catches and 1,318 receiving yards, the expectations about Maclin in Kansas City are whimsically high. If Maclin fails to link up well with Alex Smith to deliver big numbers like in 2014 and probably earn himself a Pro Bowl, most fans would consider him as a disappointment. And from the look of things, repeating his breakout 2014 season won’t be easy, as the Kansas City offense is not as vibrant as the one he had in Philly last year. Furthermore, the star receiver will be facing off a new breed of opponents in the AFC West (Denver, San Diego and Oakland), opponents that boast of having some of the best corners in the league, including Chris Harris Jr. and Brandon Flowers. With such opponents and unfavorable changes in offensive schemes, the NFL odds of Maclin being a letdown are higher than him being a success story in 2015.

I fully agree that including the biggest Saint in New Orleans on this list should be considered as blasphemy. Sadly, I have no option but to be apologetically sacrilegious, considering the existing circumstances in New Orleans. After painstakingly taking several years to develop a solid offensive partnership with Jimmy Graham, Brees will now have to start the process afresh after the Saints surprisingly traded Graham to Seattle. With Nick Toon, Josh Hill and Brandin Cooks as his main targets, there is no doubt that Brees, who was league-leading passer in 2014, will see a decline in his numbers. Not to mention, the Future Hall of Famer QB is 36 years old and Father Time is catching up to him, so the risk of his numbers taking a hit is very high.

Having established a reputation for being the most dominating and dynamic red zone threats in the NFL with the Saints, it makes financial sense that Graham decided to take the step of joining the Seahawks for better pay. But as far as his career is concerned, the move looks suicidal, as he left a New Orleans team that ranked second-best in the league in pass attempts in 2014 and joined a Seattle team that ranked dead last in pass attempts. Furthermore, unlike Drew Brees who is known to live and die on passing the ball, Graham’s new quarterback (Russell Wilson) tends to prefer running the ball. With such factors considered, it would be a miracle if Graham posted anywhere close to his numbers in 2014. 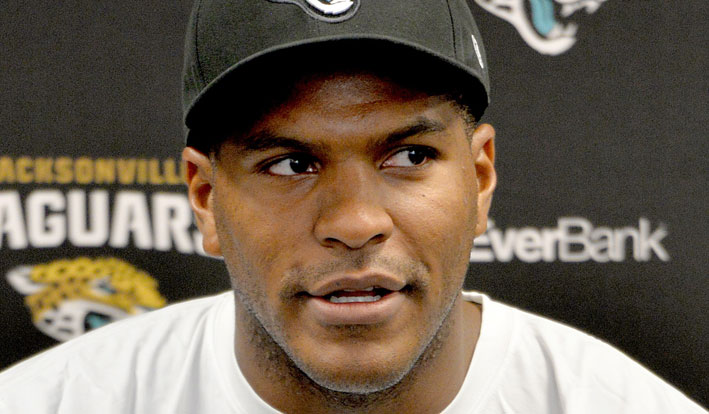 Like Graham, Thomas decided to seek greener pastures, leaving the Denver Broncos and joining the Jags for more green. In fact, to become a Jaguar, Thomas signed a 5-year, $46 million dollar deal, making him the highest paid TE in the league. But as a sour end of his trade, Thompson parted ways with the proven Peyton Manning and instead acquired Blake Bortles. In a couple of years when Bortles becomes the star quarterback he is projected to be, then Thomas could be a great beneficiary, racking up solid numbers. However, as of 2015, it doesn’t look like Thomas will be giving sufficient output, considering the second-year QB was interception-prone in his rookie year and will probably need more time to clean up his game.
Older post
Newer post