If you didn’t know it before, you should know it by now. Houston Texans (9-7 SU, 9-6-1 ATS, 8-8 O/U) head coach Bill O’Brien sure knows what he’s doing!First, the veteran pigskin professor almost immediately put Penn State football back on the national map following the school’s now-infamous scandal involving for coach Jerry Sandusky.Now, O’Brien is getting set for Year Two with the Texans after leading them to an outstanding nine wins – all without a legitimate starting quarterback no less.The big question for the Texans now is whether or not they can challenge Indianapolis for supremacy in the AFC South and take another step toward a potential postseason berth.We’re going to delve into those questions and more as we break down the Texans’ chances of cashing in on their stunning Super Bowl Odds. 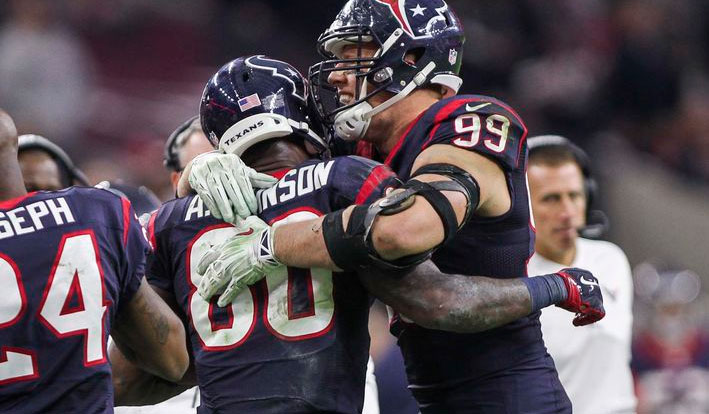 After winning just two games in 2013, the Houston Texans made an excellent move by hiring O’Brien and made a dramatic jump to nine wins despite playing their 2014 season with mediocre veteran Ryan Fitzpatrick making a dozen starts and backups Ryan Mallett and Case Keenum each making two starts. While Houston struggled to throw the ball effectively, the Texans finished the 2014 season ranked fifth in rushing as veteran Arian Foster finished sixth in rushing yards (1,246 ).The Texans also finished the 2014 regular season ranked an impressive seventh in points allowed (19.2 ppg), including a solid 10th against the run (105.1 ypg) and respectable 16th in total defense (348.2 ypg).Houston’s nine wins were just two behind AFC South champion Indianapolis, so considering that is was the first year of a massive rebuilding project, makes the Texans’ season all the more impressive.

Of course, there was some bad news for the Texans as well with No. 1 overall draft pick, defensive end Jadeveon Clowney getting injured and playing in just four games, including two starts.The Texans also finished a dismal 24th in passing and may still need to upgrade the quarterback position, though they think Mallet could be the answer to their problems. 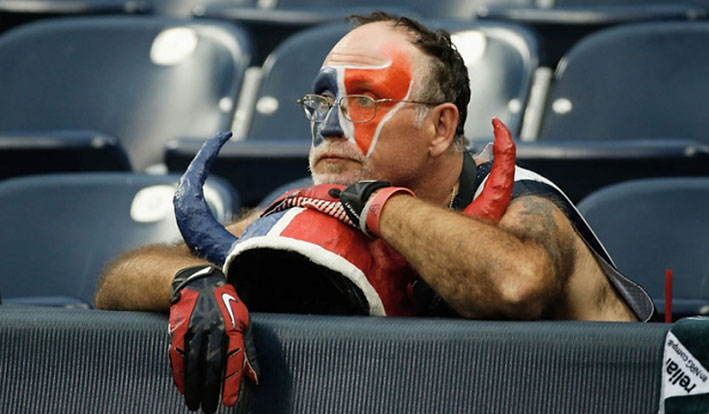 O’Brien, who coached Mallett and Tom Brady as the New England Patriots’ quarterbacks coach and then offensive coordinator said of acquiring Mallett late last season.“I hadn’t been around him for three years,” O’Brien said. “His huddle command. His knowledge of our offense — a lot of it is similar. You could tell he learned a lot from backing up Tom. And hopefully he can turn some of that knowledge into a successful career, in addition to him being himself.”

Vandermeer's View: The QB Conundrum: Both Bill O’Brien and Rick Smith said this week that they would like to h… http://t.co/4pz8foQCzC

After spending his first three seasons with the Pats and never making a start, Mallett, 26, played just two games after replacing Fitzpatrick as the starter, before suffering a torn pectoral muscle.

You know…the Houston Texans are one of just a handful of teams that had nothing ‘ugly’ happen to their players or franchise in 2014. 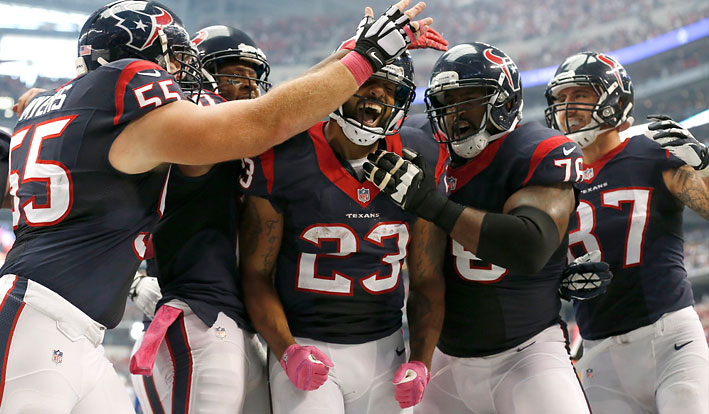 Let’s take a look at Houston’s offensive statistics from this past season.

Here is a look at Houston’s team defensive statistics.

Here is a look at Houston’s team statistical leaders in 2014.

Unless you’re totally sold on Ryan Mallett, Ryan Fitzpatrick or any other unheralded signal-caller on their roster, (I’m not), then I’ve got to believe that Houston’s most pressing need is to find a steady quarterback they can build with. Clearly, Ryan Mallett will be given every opportunity to succeed, but if he fails in his bid to become the permanent starter, then the Texans had better make plans to nab the best available free agent or rookie. 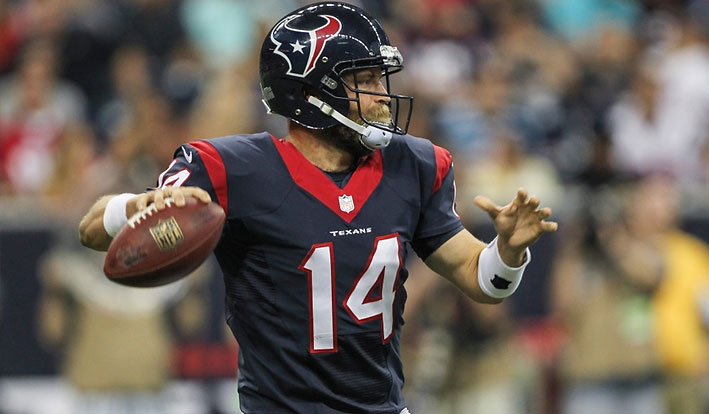 I guess Houston could again, look for a serviceable veteran free agent like a Mark Sanchez or Matt Moore to sign for the short term, but I think they’ve got to think long term for the game’s most important position.As much as I like Bill O’Brien, I’ve got to admit that he blew it by passing up on Blake Bortles, Derek Carr and Teddy Bridgewater.

With the league’s best defensive player manning the left end and the seriously gifted Clowney on the other side, Houston’s only weakness on the d-line is right up the middle at against aging nose tackle Ryan Pickett or weak backup Jerrelle Powe.

I say the Texans should keep starting cornerbacks Kareem Jackson and Jonathan Joseph. But safeties, D.J. Swearinger and Kendrick Lewis, either need to improve dramatically or head to the bench. 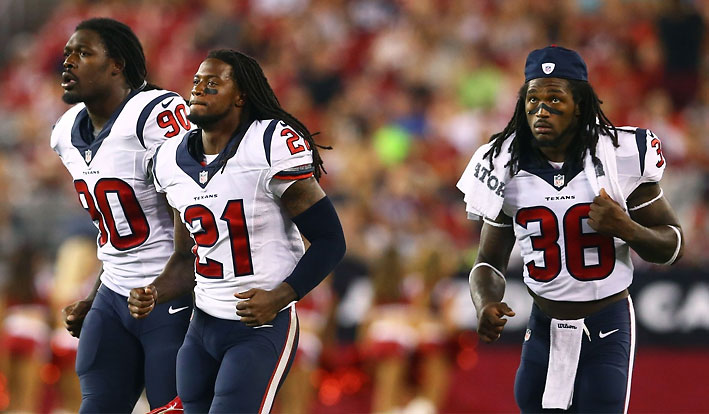 Wide receiver might not be Houston’s most pressing  need, but former perennial Pro Bowl wideout Andre Johnson isn’t getting any younger – and he’s clearly not the unstoppable force that he once was.

Just like his former Patriots’ team, I’m sure Bill O’Brien would love to utilize the tight end position. Too bad the Texans only have mediocre Garrett Graham as their starter and a bunch of backups that look like they couldn’t catch a pas unless someone glued the ball to their hands. 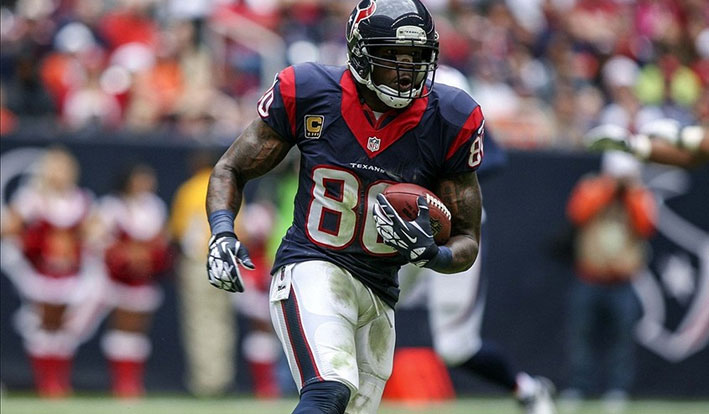 While Arian Foster had a fine season in 2014, he is 28-years-old and has played just two full seasons in his six-year career while missing 11 games over the last two seasons, including three this past regular season.

The Texans have the 16th pick in the draft and could go for Georgia running back Todd Gurley, although my personal favorite running back in this draft is former Nebraska superstar Ameer Abdullah. 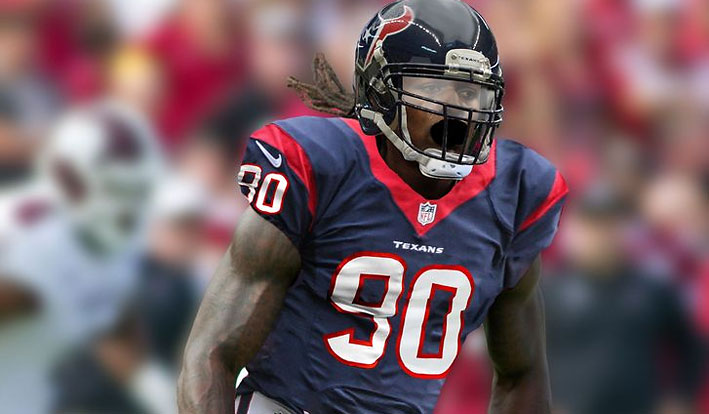 O’Brien was absolutely masterful in leading Houston back to respectability last season and I think the Texans could reach 10 wins in 2015, particularly seeing as how they have the third weakest schedule in the league next season.I also love the way Houston closed out the 2014 season by winning four of their final five games. A lot of Houston’s success will depend on just how good their starting quarterback performs this coming season. The problem is…right now, no one knows who that starter will be. Still, I think another nine-win season at the least is in the works for one of my favorite and most respected NFL coaches.
Older post
Newer post