NFL News and Rumors
Reliable wide receiver? Kevin White, Check! Lack of a solid safety? Adrian Amos, Check! Need for offensive line fill-ups? DL Eddie Goldman and OL Hroniss Grasu, Check!! After making such value additions through the 2015 NFL Draft, what could possibly go wrong for the Bears, particularly with players like Ray McDonald, Mason Foster and Pernell McPhee also brought into the team through the free agency?Well, whereas Chicago Bears General Manager Ryan Pace and Head Coach John Fox are major upgrades to the previous leadership regimes in Chicago, and both the NFL draft and free agency markets helped the Bears to strengthen a number of crucial positions in the team, there are still a number of issues that could limit Chicago from giving NFL betting fans a prosperous season in 2015.For starters, the Bears have a 13th-ranked strength of schedule in the 2015-2016, facing opponents with a combined record of 136-120 (.531) from the 2014 season. For a top-tier NFL team, hacking such a schedule (or any .500-and-above schedule) shouldn’t be a big deal. But for a Chicago team that is coming off a 5-11 season, beating the NFL odds to claim any record above the 8-8 (.500) mark won’t be easy.Of course, Goldman will be a resourceful utility player in the team, White is a guaranteed starter who will fill an immediate need in the WR department after Brandon Marshall exited the team for the Meadowlands, and RB Jeremy Langford will be a key addition alongside Matt Forte, and Amos is also a potential starter in the safety position. The veterans in Chicago, more so the free agents signed to the team, will give the team some serious talents to work with on both sides of the ball. 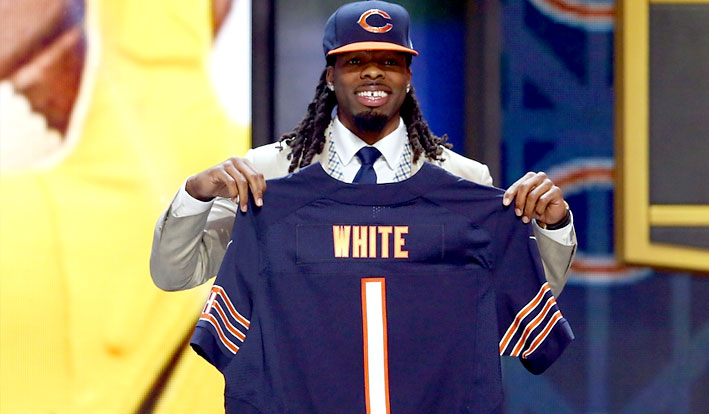 But even with such a promising roster, the Bears failed to get a solid pass rusher and a cornerback—two key positions that needed to be filled. Therefore, even though Kyle Fuller and Tim Jennings can do a serviceable job in the defense, the lack of formidable defensive players to rely on (apart from the safety position) is likely to hurt the team in view of the many defensive troubles the Bears faced in 2014.Coach Fox, even with his stellar reputation, also needs some time to gel his team and find a winning combination of players who work best with each other. So, although there is a good likelihood that the Bears will be an improved unit, especially in the second half of the season, banking on the Bears to get a winning season doesn’t look like a worthwhile endeavor that will get you paid in 2015. 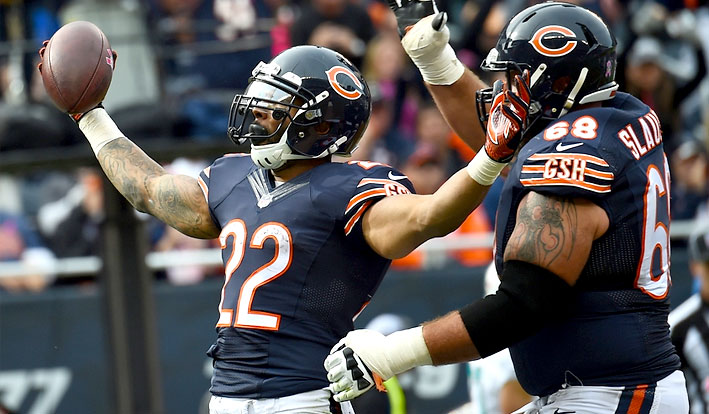 Looking at their 2015 schedule, and taking into account the changes made by the Bears in the offseason as well as the nature of the games (home/away/strength of opponent), here are our win-loss predictions for the Chicago Bears in 2015:Week 1, vs. Packers: LossWeek 2, vs. Cardinals: WinWeek 3, at Seahawks: LossWeek 4, vs. Raiders: WinWeek 5, at Chiefs: LossWeek 6: at Lions: LossWeek 7: BYEWeek 8 vs. Vikings: WinWeek 9 at Chargers: LossWeek 10, at Rams: WinWeek 11, vs. Broncos: LossWeek 12, at Packers: LossWeek 13, vs. 49ers: WinWeek 14, vs. Redskins: WinWeek 15, at Vikings: LossWeek 16, at Bucks: WinWeek 17, vs. Lions: LossBased on the above predictions, a 7-9 record is our prediction for Chicago in 2015. Accordingly, unless we are in a week that the Bears have been tipped to win, stay away from them, or else you will get your pockets scorched out by losses in the NFL Betting Lines. SourcesNFL.com (http://www.nfl.com/draft/2015/profiles/jeremy-langford?id=2552379)ESPN.com (http://espn.go.com/nfl/player/_/id/16715/kyle-fuller)
Older post
Newer post