NFL News and Rumors
Last season, the Kansas City Chiefs (9-7 in 2014) were one of the strongest teams in the league, while the Tennessee Titans rarely had their name in the winning column of NFL odds, a run that saw them finish with the worst winning record in the NFL at 2-14. Interestingly, though, one of Tennessee’s two victories in 2014 came at the Arrowhead Stadium, a memorable 26-10 win over Kansas City in Week 1 of the season.The Chiefs are set to host the Titans this Friday in a third preseason game for both teams. QB Jake Locker, who led the Titans to that victory, is no longer available in Tennessee, but Kansas City’s Alex Smith (who was picked off three times by Tennessee’s defense) is still the main man for the Chiefs. Are we in for another upset of Kansas City at the Arrowhead Stadium, or will Smith and his backups get their revenge? Let’s find out, as we give an NFL betting breakdown of this enticing matchup.

After playing a combined total of six series in the first two preseason games, rookie Marcus Mariota is likely to receive extended time against the Chiefs, as he seeks to continue his progression as a QB. Following a shaky performance in Week 1, Mariota looked poised in the pocket and executed his plays patiently against the Rams, despite a challenging period that saw a breakdown in the communications device inside his helmet. For the game, Mariota was 5-of-8 in his passing for 59 yards, including a 35-yard strike to tight end Craig Stevens. In his two games so far in the preseason, the second overall pick has completed 12 of 16 passes for 153 yards. 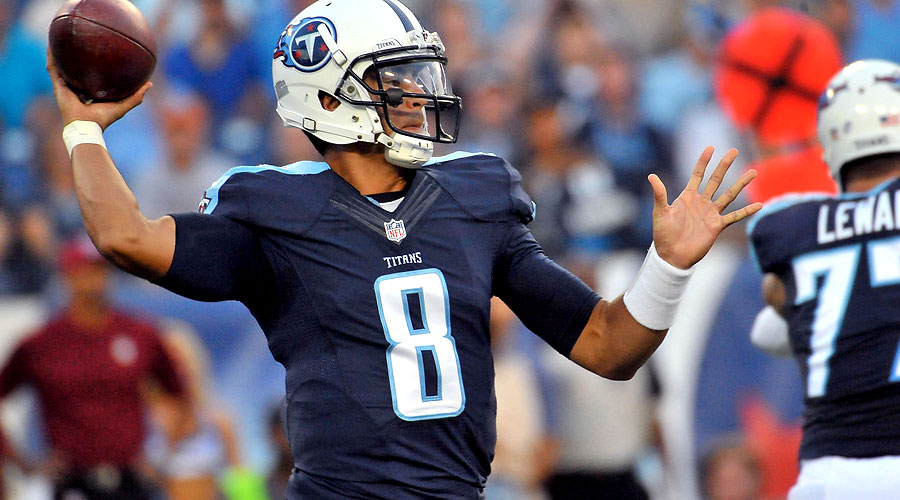 Outside Mariota, the Titans played three other backup QBs against St. Louis—Zach Mettenberger, Charlie Whitehurst and Alex Tanney. And of the three, Mettenberger and Tanney showed sparks of brilliance, as each of them threw a TD pass to tight end Chase Coffman. Even more notably, the Tennessee offensive line showed a lot of improvement, ensuring that all the 4 QBs tallied zero interceptions in the game. Meanwhile, the running backs also gave a commendable shift of work, with Bishop Sankey leading the ground attack at 45 rushing yards on six carries in the first half.Defensively, the Titans were a bit shaky, but they did well enough, including two forced punts in the first quarter, which gave the team the impetus to lead and win the game. With just two sacks collected in their first two games and a whopping 45 points allowed in the two games, Cody Riggs (who leads the team with six tackles) and his fellow defensive players will need to up their performance this Friday. 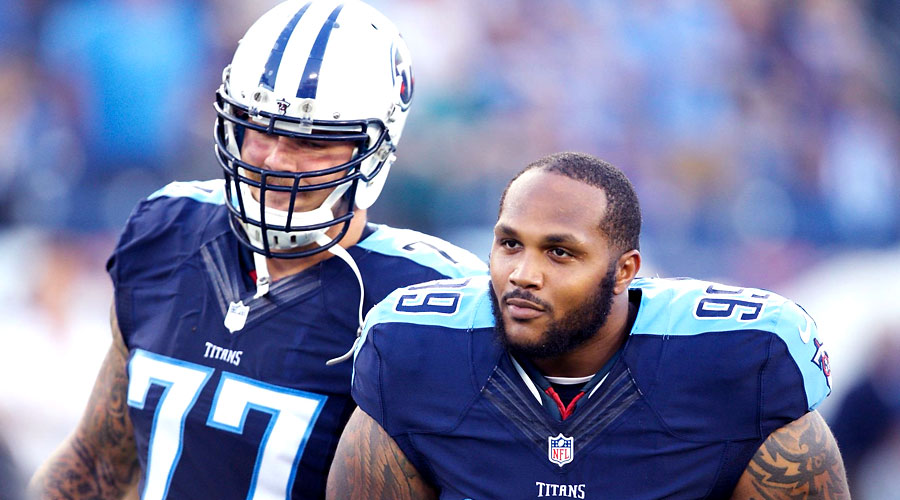 Unlike the Titans who are 1-1 in the preseason, the Chiefs come into this match with a flawless 2-0 record. After posting a 34-19 road win over the Cardinals two weeks ago, Kansas City squeaked away with a 14-13 home win over Seattle last week.In their two preseason games, the offense has done admirably well, mainly thanks to a strong play by the backups. Most notably, backup QB Chase Daniel has been performing really well, even better than starter Alex Smith, to the point that some Kansas City fans have been calling for Daniel to get the starting role. In his two preseason games, Daniel has thrown four touchdowns, and if he can continue with his efficiency, he could easily find himself into solid backup minutes in the new season, especially because the other backup QB, Tyler Bray, is currently injured. 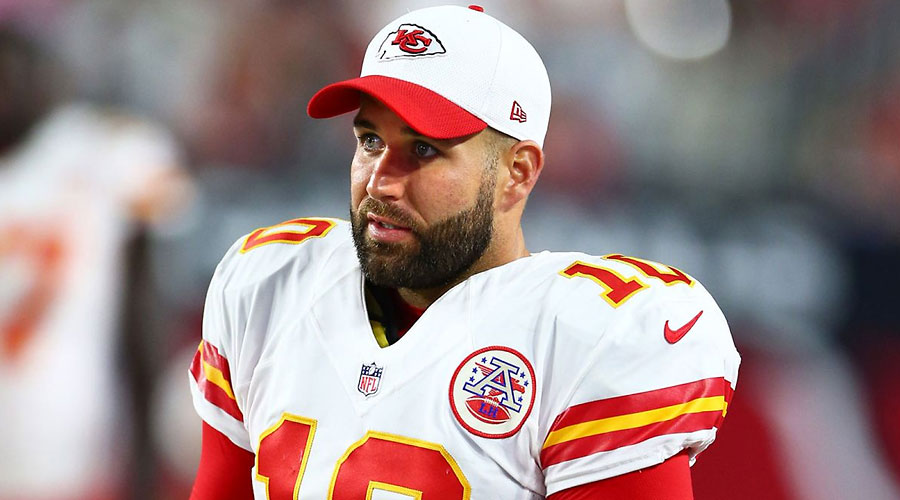 Both the running back and wide receiving roles have not been overly impressive, but they’ve equally done well enough to help the team to win games. Frankie Hammond leads the receivers with 65 receiving yards in the two games, while Charcandrick West leads the runners with 89 rushing yards. Though the Titans don’t have a scary D-line, the Kansas City receivers and runners will definitely need to give a good performance if they are to beat the zealous Tennessee defense. The fact that starters like four-time Pro Bowl running back Jamaal Charles will be getting decent time on the field this week should be an added advantage to the Chiefs. 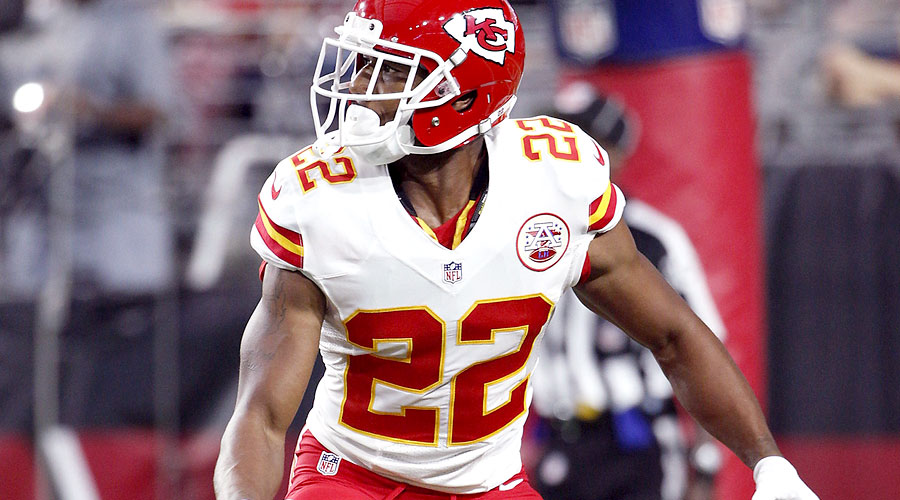 In the defense, Kansas City’s first-round pick in the 2015 draft and DROY candidate, Marcus Peters, could get some extra action, considering Sean Smith will be suspended for the first three games, so the starting cornerbacks will need reinforcements. The Chiefs will also enjoy the stellar services of Tamba Hali and Justin Houston, two of NFL’s best pass rushers. After allowing just 12 second half points in their two preseason games, there’s no doubt that Mariota and his unit will need to be on their extreme best to win this game.

Even with the visitors playing their hearts out, this game doesn’t look favorable for Tennessee supporters, considering the Chiefs own a very disruptive secondary. A rather comfortable win plus cover should thus be in the offing here for Kansas City, though the total will probably stay UNDER the 43-point mark in an averagely scoring duel.SourcesOregonLive.com (http://www.oregonlive.com/nfl/index.ssf/2015/08/good_sign_for_marcus_mariota_a.html)KansasCity.com (http://www.kansascity.com/sports/spt-columns-blogs/for-petes-sake/article31871109.html)
Older post
Newer post