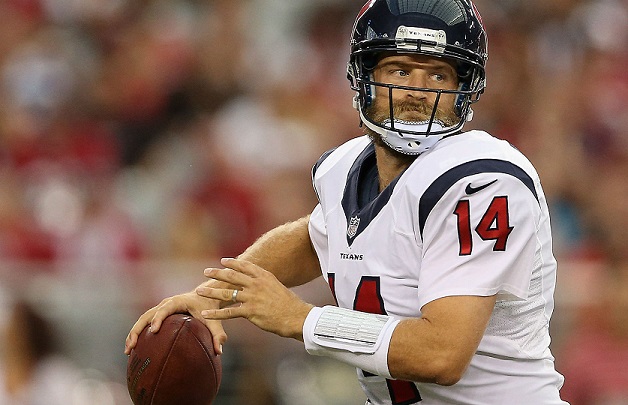 NFL News and Rumors
From a team that finished last year with the worst record in the league, not many people bet on the Houston Texans to get off to a 2-0 start of the 2014 season. Now, everyone looking to get some NFL betting action should pay attention to one fact:. Whereas the Texans are off to a good start, the New York Giants are seemingly headed in the wrong direction. Two games played so far, and the Giants have nothing, but back-to-back losses to show for their big name in the NFL.On Sunday, Sept. 21, at 1:00 PM ET, the Houston Texans will be facing the New York Giants at the MetLife Stadium, New Jersey. A betting preview of this game is succinctly done below.Game Odds:TEXANS: PK-110, OV 41 ½, ML -110GIANTS: PK-110, UN 41 ½, ML -110The Texans in PerspectiveAfter coasting to a 30-14 victory against the Oakland Raiders, the Texans have become the first team since the 1994-1999 Miami Dolphins team to have started five successive seasons with a 2-0 record.The flying start to the season has largely been courtesy of Arian Foster who has been on an incredible form. As a way of making up for being on the sidelines last season due to a back injury, the unstoppable running back currently leads Texan’s attack with one touchdown on 55 carries and 241 rushing yards. Also, though the Texans don’t have much of a passing game, players like Ryan Fitzpatrick have put in some decent performances. As a result, the Texans have the eighth league-best rushing attack.Defensively, Johnathan Joseph and D.J. Swearinger have 16 and 11 tackles, respectively. As a team, Houston has managed three sacks, forced turnovers, and allowed 368 yards. To compete against strong attacking teams, there is a need for improvements in the defense.The Giants in PerspectiveUnlike the Texans, most of the happenings in the field have been going wrong for the Giants. Just like the 0-6 start to last season, the Giants have lost the first two games by double digits. In last Sunday’s game, they committed nine penalties and turned over the ball four times. Offensively, QB Eli Manning is yet to master Ben Mc Adoo’s new offensive system.However, in spite of all these problems, the Giants’ defense has been quite productive—had four sacks against Arizona. In addition, Manning had two touchdowns and completed 26 of 39 passes for 277 yards, while making many decent throws that were wasted by his teammates. If the game against the Texans is a must-win for them, like they’ve said, there is a need for all players in the Giants’ camp must man-up and put in great work.The PredictionWith a record dating back to Oct. 20 of last season, Houston is 4-2 ATS in their last away games. This, combined with their recent winning streak gives them a great opportunity to go 3-0. On the opposing end, the Giants are 4-3 in their last seven home games. But more importantly, the Giants thrashed the Texans 34-10 when they last met in October 2010.For those looking for a safe, but unsure bet, Houston is your best pick. However, if you are looking for a team that has a proven track record for rising like the proverbial dove after guttering experiences, then the Giants are your best Pick. Personally, I’ll take my chances with the Giants.
Older post
Newer post