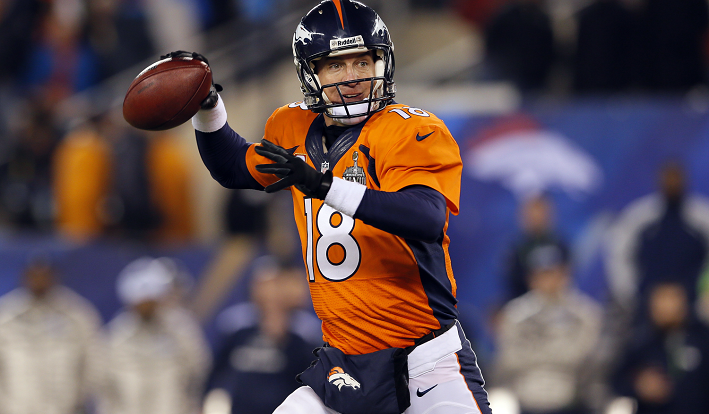 NFL News and Rumors
The position of a quarterback in the NFL has always involved a ton of pressure. During the week, there’s that pressure of the awareness that your team’s success or failure is more dependent on your performance than that of any other player. On game days, there is the constant pressure of defenders running toward you as fast as they can wanting to hit you as hard as they can. The best quarterbacks in the NFL are identified at least in part by the way they deal with this pressure. Those quarterbacks who don’t quite measure up often find themselves exposed when the pressure reaches its greatest, and their unwieldy mechanics and less insightful field vision appear when it hurts the team and NFL betting fans the most.Take a look at Blake Bortles, last year a rookie quarterback with the Jacksonville Jaguars. The Jags noticed that, when Bortles was at the University of Central Florida, he averaged 7.8 yards per passing attempt when defenders chased him out of the pocket. However, that didn’t translate to success in the NFL. Bortles was sacked 55 times – the most in the league – even though he only played in 14 games. The offensive line gave up 71 quarterback takedowns over the entire season. Even when Bortles wasn’t sacked, he was still pretty awful, completing only 54 of 118 passes and throwing eight picks (and no touchdowns).Cincinnati’s Andy Dalton also has a hard time throwing the ball under pressure. Dalton only faced a 25.0 percent pressure rate – lower than every NFL quarterback except Peyton Manning – and Dalton’s left tackle didn’t allow his man any sacks all year long. However, when pressure did come, Dalton was not good with the ball. He only completed 46 of 101 passes when under pressure. Six of those completions did go for scores, but eight of those attempts went into the hands of the opposition. His trend is to throw balls up with two much air somewhere near an intended receiver when the pressure shows up. His failure to reset and adjust to pressure makes his coaches frustrated.New Orleans’ Drew Brees might seem like he’s as cool as a cucumber, but the truth is that in recent years Brees has also fallen victim to bad play under pressure. He did complete 109 tosses last season when he was hurried or hit in 2014, second only to Matt Ryan of the Falcons, but only three of those completions were for scores, while nine attempts turned into picks. This was much worse than his 2013 performance, when he threw 10 scores against only six picks under pressure. What’s the big issue? Hurried throws. 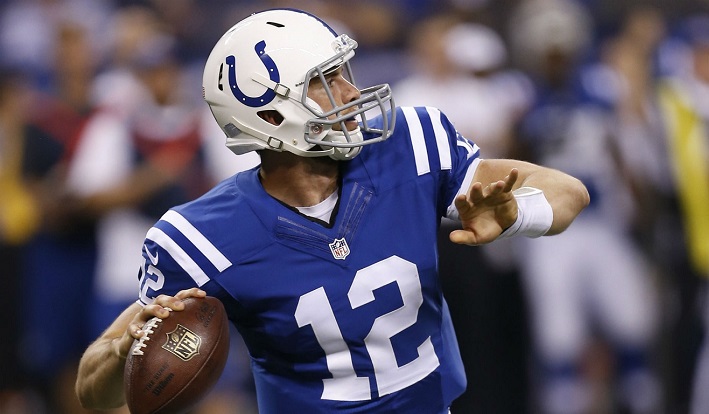 So how about skill under pressure? Aaron Rodgers of the Packers is one of the best quarterbacks in the game day. In 2014, he found himself pressured 153 times, and he completed 53 passes out of 116 attempts. That’s not too much higher a completion percentage than Bortles (54 of 118), but the difference came in the results. Under pressure, Rodgers threw nine touchdowns against only one interception.The Colts’ Andrew Luck is also a terrific quarterback under pressure. He is also tremendous with the deep ball and has a deceptive play-action movement. However, his mobility is his biggest asset. In 2014, Luck had 11 touchdown passes when he was under pressure. He also threw six interceptions, but given some of the plays that Luck turned from absolutely nothing into something, that’s acceptable. As the defensive rules in the NFL continue to make it easier for the passing game to thrive, it will be increasingly important to have a quarterback who can throw on the run.Sources:NFL.com (http://www.nfl.com/player/peytonmanning/2501863/profile)ESPN.go.com (http://espn.go.com/nfl/player/_/id/14874/andrew-luck)
Older post
Newer post