NFL News and Rumors
When the NFL owners locked players out during the 2011 offseason, they were really just showing that they didn’t like the way the Collective Bargaining Agreement that they had signed in 2006 ended up working out. After all, the rookie contracts being given out were immense, leaving scant funds for the veterans. Also, the owners didn’t think that they were getting enough money from the revenue pool. That had certain effects on the betting community and directly influenced NFL odds.And for some reason the NFLPA has always been much more willing to go along with whatever the league wants, even though its membership is more than twice that of either the NBA or the NHL unions and larger than MLB’s union as well. However, the NFL remains the only league with contracts that are largely publicity, given that the amount of money that is guaranteed is often far less than the full amount of the deal. Also, teams can release players earlier than the end of the contract in order to minimize the hit of each player on the salary cap going forward.But that’s the subject of another day’s article. When the owners forced negotiation of a new agreement in 2011, they knew they could count on support from the veteran players by shrinking the amount of money that rookies could make on their initial contracts. It was this complicity that brought the new CBA into agreement. Now, rookie salaries have a considerable amount of uniformity.Of course, the changes to the rookie wage scale have altered the drafting methods of NFL teams as well. The #1 pick no longer is guaranteed to make $50 million. All rookie contracts are four-year deals, and rookies holding out for something bigger and better are becoming a thing of the past.There are some other trends that have become reality in the NFL because of the rookie wage scale, starting with the larger value of draft picks in the first round. Before 2011, teams such as the Baltimore Ravens, Green Bay Packers and New England Patriots would trade as far down in the first round as they could. The reason for this was to let these (and teams like them) stay away from having to pay huge salaries to rookies. Other teams would let the cash-conscious franchises have additional draft picks for the right to pick earlier, and in the vast majority of cases, these new picks ended up performing better – at least relative to the size of their contracts.However, teams no longer try to run away from top-25 slots in the draft. In 2010, the old CBA’s last year, the average first-round rookie made an average of $4.85 million. In 2013, that number had fallen to $2.78 million. In 2010, that rookie took up 4.3 percent of his team’s salary cap. In 2013, that percentage had fallen to 1.6. 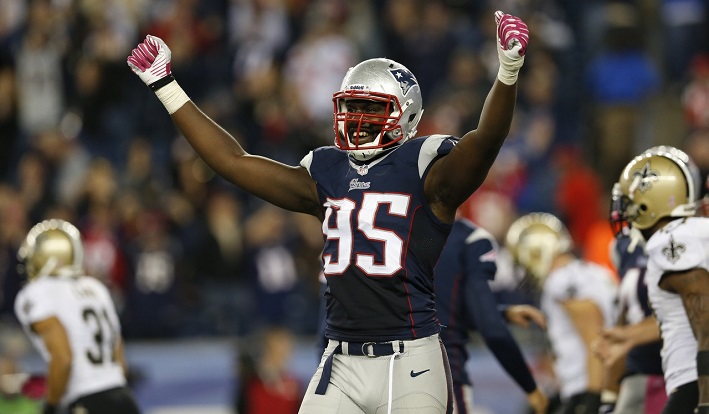 So if you’re wondering why more good teams are getting the best college players. The teams that focus on money aren’t moving down the board anymore because of the cost of a player. In 2012, the Patriots had two picks in the top 25 (#21 and #25). They took defensive end Chandler Jones and linebacker Dont’a Hightower, respectively, with those two picks. Jones makes $2.04 million each year, while Hightower makes $1.93 million. That adds up to $3.97 million for these two players. In 2010, those two players would have cost the team a combined $5.07 million. Under that old agreement, it’s likely that the Pats would have tried to shed one of those picks through a trade.The other big change is that positions aren’t worth different amounts of money. Now, it’s all about draft order. Surprisingly, though, fewer skill positions are going early. This could have to do with first-round busts at the skill positions; only time will tell.Sources:ESPN.go.com (http://espn.go.com/nfl/team/_/name/bal/baltimore-ravens)NFL.com (http://www.nfl.com/player/chandlerjones/2533538/profile)
Older post
Newer post