NFL News and Rumors
It took negotiations going down to the very last day – and it possibly took the threat of a collusion proceeding from the NFLPA – but Dez Bryant got that contract extension that he wanted. He’d gone to Twitter to show the world that he would hold out if he didn’t get an extension by the July 15 deadline, even though he would have had no leverage other than missing games, because after July 15 the team would have had to wait until February to give him a new contract, but he ended up with a five-year, $70 million contract from the Dallas Cowboys. So is he worth it? Let’s take a look.The average salary for this contract is $14 million over the five years. Calvin Johnson signed a seven-year $113.5 million deal with Detroit in 2013 for an average of $16.2 million per football betting season. Larry Fitzgerald’s 2011 extension (seven years, $113 million) averages $16.1 million per season. Dez’s $14 million average places him third, in a tie with Demaryius Thomas, who got an identical contract from the Denver Broncos.

Witness some of the most memorable moments from @DezBryant‘s career with the Cowboys. WATCH: http://t.co/RPO9QqhoJh pic.twitter.com/gplJzXTkZi

What if you break this down into price per catch? Vincent Jackson is the best deal for his team. Averaging 73 catches per season during his three years as a Buccaneer, he costs his team $151,515 per catch. Dez is the second-lowest cost among the highest-paid receivers. He has had three consecutive seasons with at least 88 catches, more than any of the other highest-paid receivers. Calvin Johnson caught 84 balls in 2013 to have the next highest number. Dez costs the Cowboys $153,846 per catch on the basis of his new contract.If you look at it as price per yard, Dez is still the second-best value in the league, among the highest-paid receivers. Vincent Jackson costs his team $9,234 per yard, and Dez is the second-best value at $10,617 per yard, if you look at the average yards over the past three seasons and run that against the average yearly salary on his new contract. Dez Bryant is far and away the best value when it comes to price per touchdown, though, costing his team $1,024,380. Mike Wallace is the next best value at an even $1.6 million per touchdown. Victor Cruz? A staggering $3.44 million. Bryant has been one of the NFL’s best red zone targets for the last several years. Each of Bryant’s five seasons in the NFL has brought an increase in the number of touchdowns. He’s already a value but will be even more of one if he continues this trend. 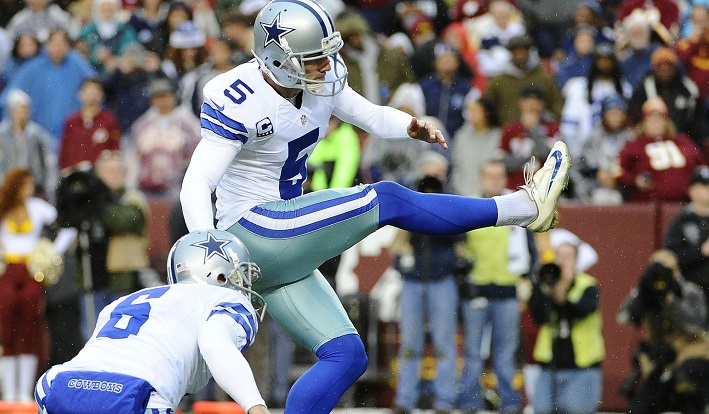 Another important factor is more difficult to quantify. Dez Bryant is a physical player who is skilled at making opponents miss. He has the power to concentrate on the ball under extreme stress, allowing him to bring in some amazing grabs. Because the other team has to expend so many defensive resources on covering him, it makes opportunities for his teammates to make catches – and it means that teams can’t stack eight players in the box as easily, allowing the running game some freedom as well.Of course, the real cost of the contract for Dallas is $45 million, not $70 million. That’s the guaranteed payout, and the guaranteed time frame is only three years. So even if Dez has some of the off-the-field collapses that the team fears, it has more leverage than a five-year contract would allow in the other sports leagues.Sources:Sports.Yahoo.com (http://sports.yahoo.com/nfl/players/7237/)ESPN.go.com (http://espn.go.com/nfl/player/_/id/13215/dez-bryant)
Older post
Newer post