NFL News and Rumors
Succeeding in the NFL, even for just one year, is never easy. Succeeding for several years and building a dynasty is even harder, as it means that you have to be repeatedly good and must be on top of your game nearly every season. Still, some teams have found a formula of being able to record repeated success over a given period of time, creating dynasties for their franchises. Take the New England Patriots, for example, who have had a crazily dominant run in the NFL odds, winning four Super Bowls and 6 AFC Championships in the last 14 years. In the AFC East division, their dominance has even been more impressive, as they have won 9 of the last 10 AFC East Division titles, including the last 6 in a row, making the Bill Belichick-Tom Brady era arguably the best dynasty in the Franchise history.Obviously, the ability to win titles is a key measure for the success of a dynasty. But in order for a team to win such high levels of success, a number of contributing factors must be in semblance. Some of the top elements include a good franchise quarterback, a good management system (general manager and franchise owner), a great coach, a solid recruiting system, a balance between veteran and young talent, and a bit of some luck to spruce up your winning potential in tight games. Keeping these factors in memory, here are the teams that are looking poised to establish strong NFL empires over the next couple of years: 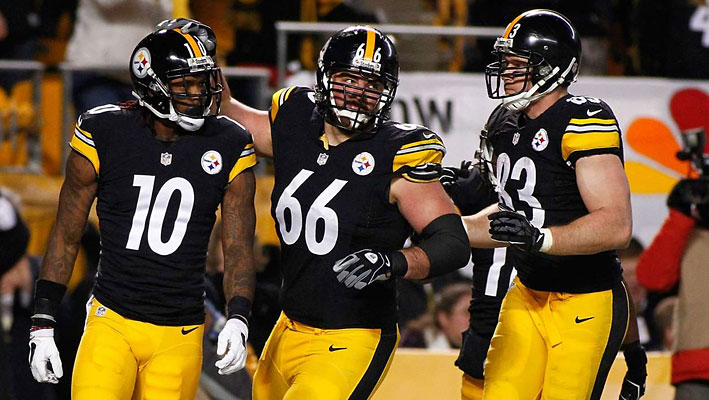 The Steelers have never been known to possess hard-nosed defenses, but through their good-enough defensive units, they’ve been able to grind out results. Losing the core of their defense this offseason to retirement and free agency will be hard to deal with. That, however, may be a blessing in disguise, as it offers the young and promising defensive unit in Philly (including 2015 draftees Bud Dupree, Doran Grant and Senquez Golson) to step up to the plate and deliver required results. Of course, this is something that remains to be seen, but based on the coaching tactics exhibited in coach Mike Tomlin’s lengthy tenure with the Steelers, I’d be willing to bet my money on such an improvement from the young defenders.Offensively, everything is well-set for Pittsburgh to dominate at least the next 5 to 10 years, as Ben Roethlisberger, 33, still has many good years left in him to go the distance, while WR Antonio Brown and RB Le’Veon Bell are natural leaders in the receiving and rushing departments. Having such stars gives Pittsburgh a lot of talent to work with and build around in the coming years. This is something that GM Kevin Colbert and the team owner in the Rooney Family could easily transform into a legacy, as they’ve done in the past 10 years by blending talent well-enough to win two Super Bowls and stay perennially strong in the tough AFC North division. 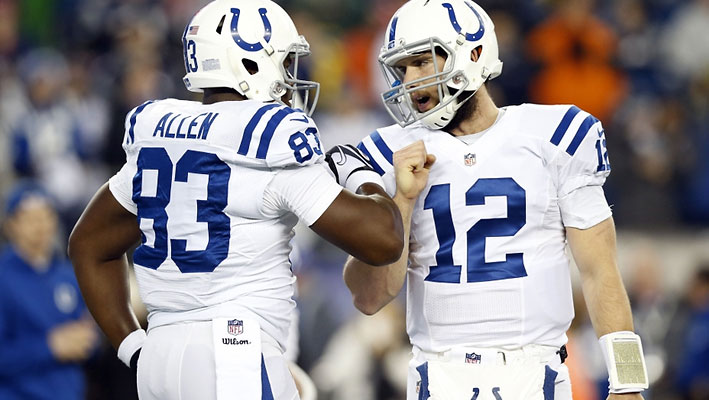 By now, it is well-established that Andrew Luck is a top 5, if not top 3, quarterback in the league, and with less than 5 years of experience in the league, the ceiling couldn’t be higher for the 25-year-old quarterback who could still lead the Colts for 10-plus years. And with the likes of Brady, Drew Brees and Peyton Manning set to retire within the next five or so years, Luck’s dominance could be nearly unchallenged, as there aren’t many budding QBs in the current NFL that can measure up him.Meanwhile, the Colts have been progressively improved both their offense and defense through the NFL draft and the free agency. For example, the team signed veteran linebacker Trent Cole (85 sacks in his 155 career games) in this offseason, while the offense benefitted from the drafting of first-round pick Phillip Dorsett, a highly promising prospect in the passing game.With such weapons, a working partnership in the trio of Indy owner Jim Irsay, GM Ryan Grigson and head coach Chuck Pagano, and a squad that is highly motivated by their continuous rise as an elite team since Luck replaced Manning, a great winning empire could be in the books for Indianapolis fans. 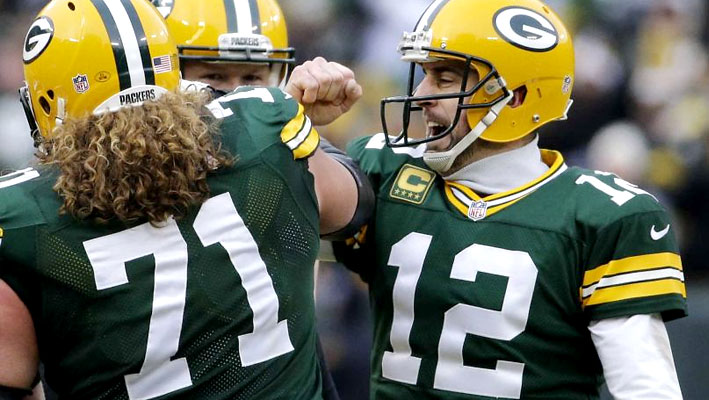 Reigning NFL MVP Aaron Rodgers is in the peak of his career, and after helping the team to win the last four straight NFC North titles and featuring decently in the playoffs (including playing in the 2014-15 NFC Championship Game), it would not be far-fetched to say that Green Bay’s time for ultimate success and dominance in the league is nigh. The fact that the Packers also enjoy a formidable partnership between GM Ted Thompson and Coach Mike McCarthy also bodes well for the Packers, especially in dealing with recruitments and player additions in the years to come.In the attacking side of their game, everything has been close to perfect for the team in the passing game, and if the running department can raise its game and the defense also gets to be meaner in the years to come, then very few teams will be able to challenge Green Bay.Of course, there is also the elephant in the room—the health of Aaron Rodgers—which has been a limiting factor in a good number of postseason games for the Packers. In that regard, keeping Rodgers healthy, particularly when the postseason games approach, will be very crucial for the team’s success to transcend the level of just winning the NFC North title. Having won the Super Bowl title in the 2010 season should especially be a key motivation for Rodgers and Co. to aim higher, knowing that winning it all is very possible for the team. 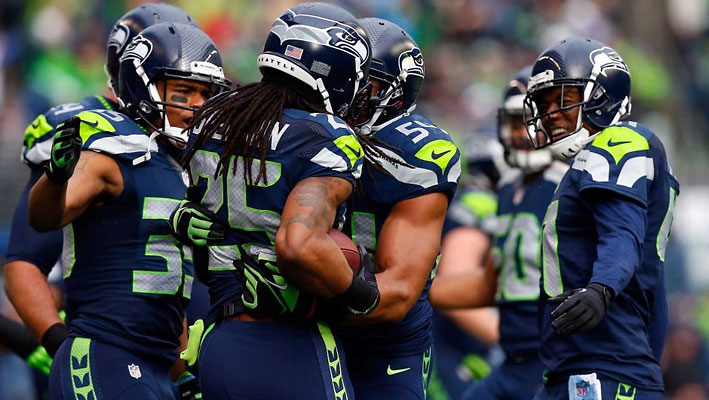 As far as dynasties are concerned, the Seahawks have the best head-start of all the teams in this list, considering they’ve appeared in the last two Super Bowl Games in a row, won one of those Finals, and bossed their way into winning the last two back-to-back NFC Championships. Meanwhile, the team is formidably balanced on both sides of the ball, with a franchise quarterback in Russell Wilson, a solid running back in Marshawn Lynch and a tried-and-tested TE for the present and future in Jimmy Graham.On the other side of the ball, the Hawks boast of the best defensive unit in the league nicknamed the Legion of Boom, blending veteran and young talent such as Earl Thomas, Kam Chancellor, Richard Sherman, Michael Bennett and Cliff Avril, who still have many years to go together as a fearsome unit. Add all that up to an inspirational head coach in Pete Carroll, a wise owner in Paul Allen and a resourceful GM John Schneider, you get a unit that is already good and has the chance to become even better several years down the line.Other Bubbling-Under Teams Worth Watching Out For: Arizona Cardinals, Philadelphia Eagles, Kansas City Chiefs, Baltimore Ravens, Minnesota Vikings and San Diego Chargers.SourcesWikipedia.org (https://en.wikipedia.org/wiki/Legion_of_Boom_%28Seattle_Seahawks%29)Rotoworld.com (http://www.rotoworld.com/player/nfl/3118/aaron-rodgers)
Older post
Newer post