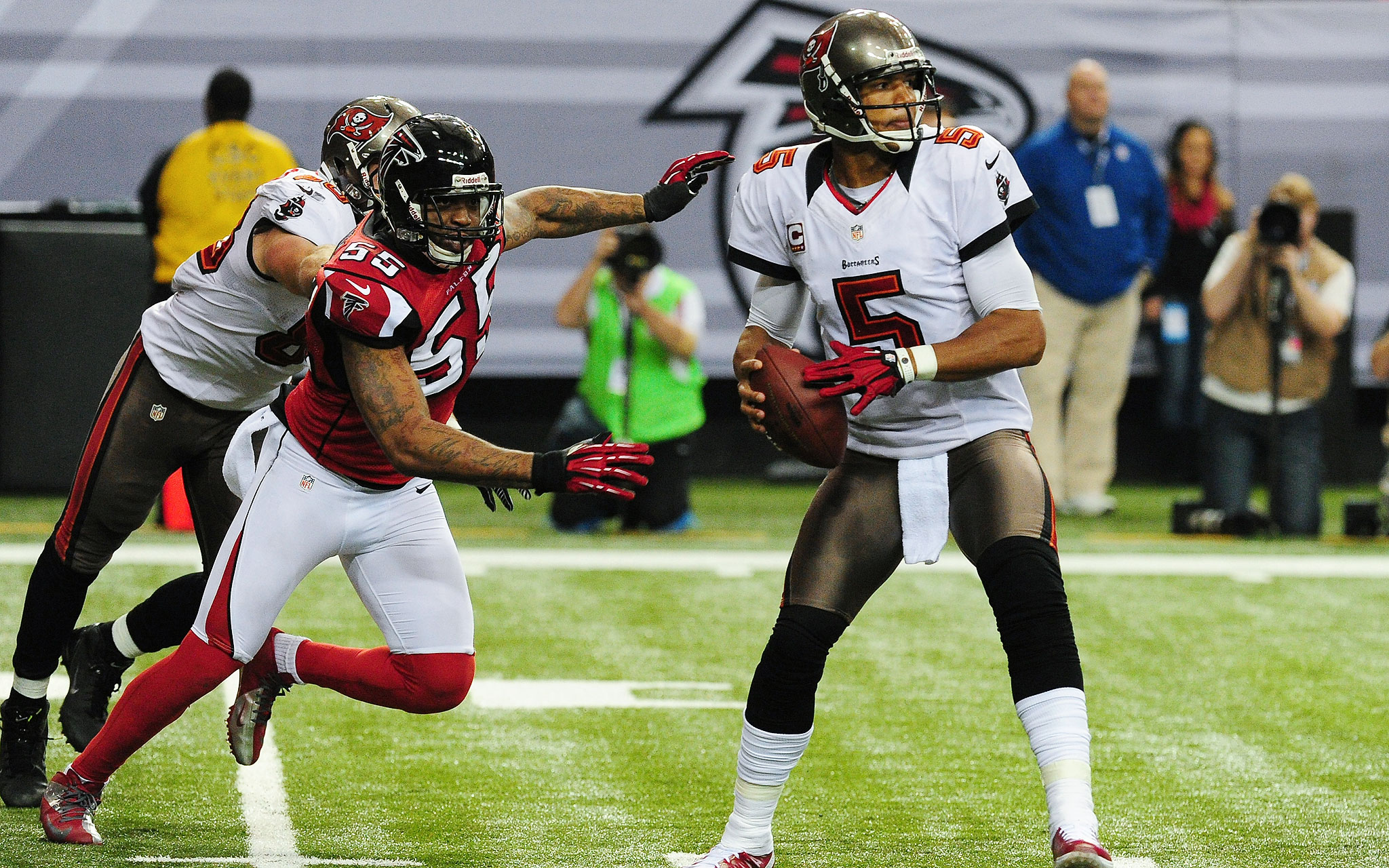 NFL News and Rumors
The Bucs battle the Falcons in a key NFC West matchup this Thursday night on CBS. The Bucs need a victory after dropping to 0 and 2 in a surprising 17 to 19 loss to the Rams in Week 2. Click here for more NFL betting lines. The Falcons dropped to 1 and 1 after receiving a beating from Cincinnati on the road in Week 2. The Falcons’ loss was significant because after a stunning display in Week 1 against the Saints, the offense sputtered versus Cincinnati.   Will Atlanta turn it around against Tampa Bay on Thursday night or will the Bucs find a way to get to their NFC West rival?

Analysis: The Bucs have one of the better defenses in the NFL. That’s not a misprint. The team from Tampa Bay actually plays excellent D. The defense only allows a total of 336.5 yards per game. That ranks it fourteenth in the league. Teams do rush for 116 yards per game against Tampa Bay, though, and that’s where the Bucs have issues. Rushing teams tend to have the upper hand in NFL games, unless the other squad turns the ball over. Carolina rushed for 113 yards against the Buccaneers and St. Louis rushed for 119. What’s interesting is that in both games, Tampa Bay held their own in the rushing department. The Bucs ran for 102 yards against Carolina and 157 against St. Louis. The problem is that the offense, even with a dynamite rushing attack, is horrible. It averages only 15.5 points per game even though both wide receiver Mike Evans and wide receiver Vincent Jackson are impossible to cover one on one.

What gives? Even though QB Josh McCown is completing 67.9% of his passes, he’s thrown only 2 touchdowns compared to 3 interceptions. His QB rating is a horrid 75.1. Not only that, but you sort of have to question the Buccaneer’s play calling. It’s been dreadful. Atlanta’s issues on offense fall squarely on their offensive line. The Falcons are down to their third string left tackle, Gabe Carimi. Without protection, Falcons’ QB Matt Ryan looked like a duck out of water throwing lame ducks against Cincinnati this past Sunday. Ryan followed up his 128.8 QB rating with a horrid 48.6 QB rating where he completed only 54.5% of his passes. To make matters worse, Atlanta rushed for only 97 yards against the Bengals on Sunday.

The #Falcons were back at work today preparing for Thursday night’s game against the Bucs: http://t.co/rvqOlXYsy7 #TBvsATL — Atlanta_Falcons (@Atlanta_Falcons) September 16, 2014

NFL betting trends wise, Atlanta almost always has issues covering spreads against Tampa Bay. Going back the last two seasons, the Falcons are 1-2-1 against the spread versus the Buccaneers. The total is 2 and 2 the past two seasons. There are two things to look at before deciding on which team deserves your against the spread dollars in this contest. The first thing to keep in mind is whether or not Atlanta left tackle Jake Matthews plays. Matthews, the Falcons’ number one draft pick this season, was sensational against New Orleans. If Carimi starts, Ryan could have the same issues against Tampa Bay’s defense that he had against Cincinnati’s. If Matthews starts, Atlanta’s chances of covering the spread go up by a huge margin. The second thing to pay attention to is Tampa Bay’s language leading up to the game. Bobby Rainey was terrific for the Bucs on the ground in the loss to St. Louis. They need to stick with Rainey and talk about opening up the passing game. At this point, because I like Matthews’ chances of playing, I’m going with Atlanta.