NFL News and Rumors
Surprises in the NFL odds are rare, especially in Week 1 of the season when everyone comes fully prepared after several months of practice and training. Nonetheless, nothing is ever cast on stone in the NFL—injuries, suspensions and offseason transfers lead to drop-backs, playing at home can be a motivation for underdogs to back loudly, and every once in a while, success comes unexpectedly when the right talent meets opportunity. Aptly put, chance favors a prepared mind. And going by a combination of such—and many other—factors, we believe the following teams are worthy of your consideration in Week 1’s NFL betting lines and odds as candidates for upset wins over the weekend.

PICK: BILLS (+2.5) It’s never a good thing to bet against nature or luck, especially when the team in question has a quarterback named Andrew LUCK. The Colts are considerably better in the defense than last year (at least on paper) and the Luck will be operating with a set of razor-sharp weapons like Frank Gore, Andre Johnson and T.Y. Hilton. On normal occasions, that should be able to get them the win against the Bills. But then, this is not a normal game and the Bills are no longer the ordinary team from 2014. Boasting of one of the best defenses in the league, a new (and proven) tactician in head coach Rex Ryan, and a highly motivated QB in the explosive Tyrod Taylor (who will be looking to exploit his hot targets in players like Sammy Watkins, Percy Harvin and Charles Clay); Buffalo is more than capable of treating us to a spectacular upset win over Indy. 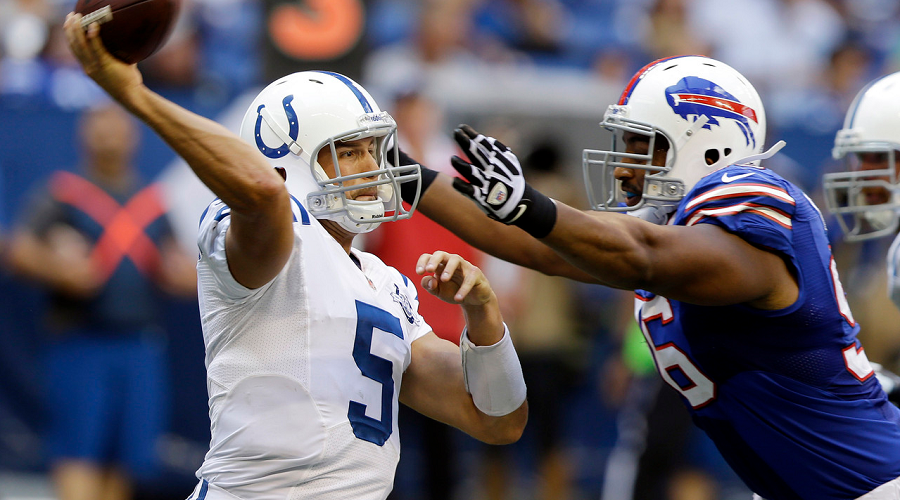 PICK: JAGUARS (+3) No disrespect to Cam Newton and the Panthers, the NFC South Champs, but based on Jacksonville’s decent showing in exhibition games and Carolina’s shaky preseason, we definitely fancy the Jags sticking it out at EverBank Field for a narrow win over the visiting Panthers. The fact that Julius Thomas is hurt means that the receiving core of Allen Robinson, Allen Hurns and Marqise Lee need to be on their best for second-year QB Blake Bortles to be effective. But considering Newton will also be without star receiver Kelvin Benjamin, hence will be relying on the shaky trio of Ted Ginn Jr., Corey Brown and Greg Olsen on the offense, it wouldn’t be a surprise if the Jags eke out a narrow win over Carolina, or at least keep the game close for an ATS win. 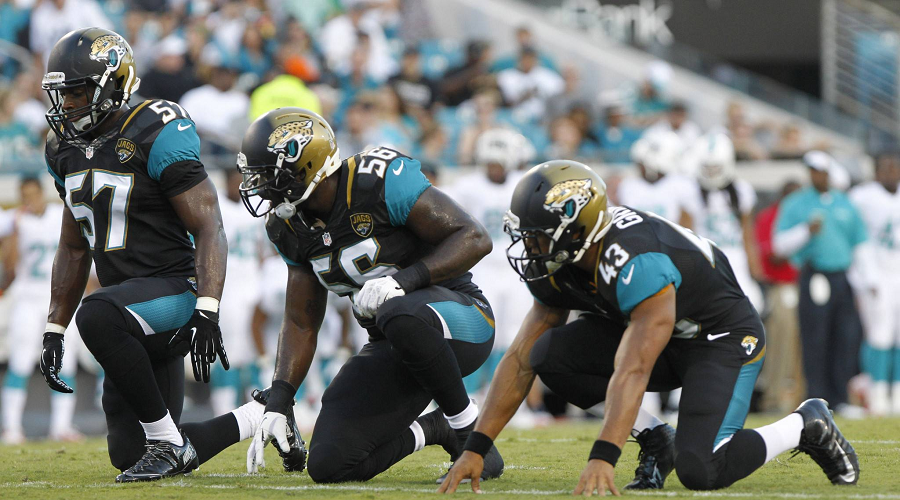 PICK: SAINTS (+2.5) Nearly everyone I know has jumped on Arizona bandwagon and Bruce Arians, the reigning coach of the year, banking on him to lead the Cards to victory over New Orleans. Personally, I don’t blame them. I mean, Carson Palmer was 6-0 in all his starts last season before suffering a season-ending injury. With Palmer healthy and Arizona boasting of a 7-1 record at home last season, it totally makes sense to trust the Cards. However, what many people don’t know is that, as long as future Hall of Famer QB Drew Brees is still in New Orleans, the Saints will always be a team capable of pulling big surprises. Yes, the Saints lost Jimmy Graham, but with a good number of capable targets surrounding him (including Mark Ingram who tallied 964 rushing yards and 9 TDs last season), Brees has enough weapons to use. Not to mention, at the tail-end of last season, the Saints went 0-5 at the Superdome, but 4-0 on the road in their last 9 games, underlining their seriousness when playing away from home. Added to the fact that the Cards will be playing without two crucial starting offensive linemen in Bobby Massie and Mike Iupati, New Orleans fans have sufficient reasons to hope and believe that an upset could be in the offing against the Cardinals this Sunday. 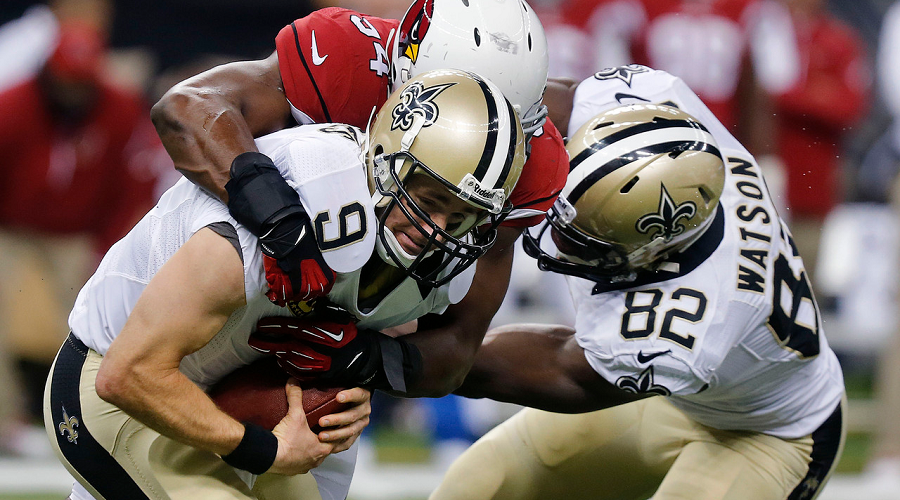 PICK: RAVENS (+4.5) Even with the never-ending criticisms thrown his way, I have always loved and defended Joe Flacco to the end of the planet and back, and I’ll continue to do so because I do believe he ranks up there among the best arms in the league. It should therefore come as no surprise to you (and other Baltimore fans) that I am trusting him to do something special against the Broncos this week. No doubt, the Ravens were poor in the preseason, and the Baltimore franchise has lost a ton of talent this offseason (including a couple of Flacco’s favorite targets), but the Broncos are not as perfect as many peg them to be. It is one thing to hope for a storybook ending to Peyton Manning’s career and believe that coach Gary Kubiak is the right man to coach Denver, but it is another to turn a blind eye to Manning’s regression towards the tail-end of the 2014-15 season. All factors considered, this will be Denver’s game to lose, but in the event that Manning is not up to the task and Kubiak’s run-oriented offense fails live to its hype, then there’s no reason why Flacco and the Ravens cannot fly away with the win or, at the very least, cover the many points awarded to Broncos as home favorites. 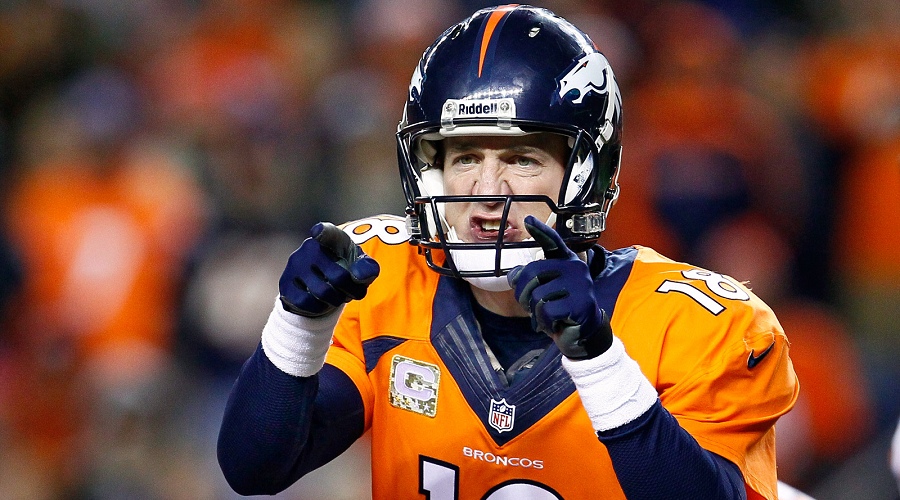 PICK: RAIDERS (+3) I have a long list of reasons why I don’t trust Cincinnati’s Andy Dalton under the center (including his 37 thrown interceptions over the last two seasons), or why I have a feeling that Derek Carr and Amari Cooper will give us many memorable moments this season (see their formidable combination in the preseason games for reference); but instead of all that, I’ll give you one simple reason why I believe the Raiders should be hotly marked for a possible upset over Cincinnati this Sunday. That reason is this—the Bengals have NOT won a road game against the Raiders since 1988 and have collected 10 losses in Oakland since 1970. If that’s not a reason enough to bank on the Raiders to continue in their strong history against Cincinnati, then I can’t find a better one for you. 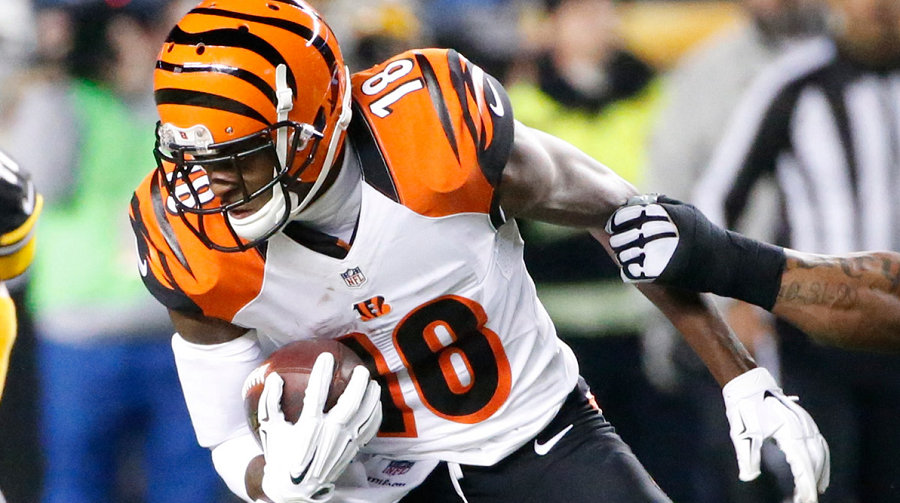 PICK: TITANS (+3) Are you a fan of first-overall pick Jameis Winston? Good for you, because he’s a Twitter addict so you will be able to send him consolation messages once him and the Buccaneers suffer a season-opening loss to second overall pick Marcus Mariota and the Titans. To his credit, Winston is a talented specimen and someday he will probably make a good starting job for a successful team in the NFL. Unfortunately, that team is not Tampa Bay (at least not this year or in the next couple of years to come). My reasons? Several… for starters, the Bucs have a poor O-line that exposed Winston severally in the preseason, most notably against Cleveland. The 21-year-old Winston could also be without star receiver star Bucs WR Mike Evans, who reportedly missed practice on Wednesday due to a hamstring injury, meaning the Bucs have to rely on the up-and-down performances of Doug martin, Charles Sims, Vincent Jackson and Mike Evans. Meanwhile, Mariota showed better composure under the center and enjoyed a considerably better support system from his O-line. His key offensive pieces—including Bishop Sankey, Kendall Wright, Harry Douglas, Justin Hunter, and Dorial Green-Beckham—are also all available to help exploit Tampa Bay’s questionable secondary. So although the Titans aren’t as tough at D and the O-line also needs to get better, Mariota looks more likely to claim the win in this battle between rookie QBs. Oh, and in case you didn’t know, Winston’s only career loss as a starter in his two years with FSU came against none other than Mariota (in the 2014-15 college football playoff game between Florida State and Oregon). Getting another one over Winston in their emerging rivalry should thus be highly favorable this Sunday, right?
Older post
Newer post